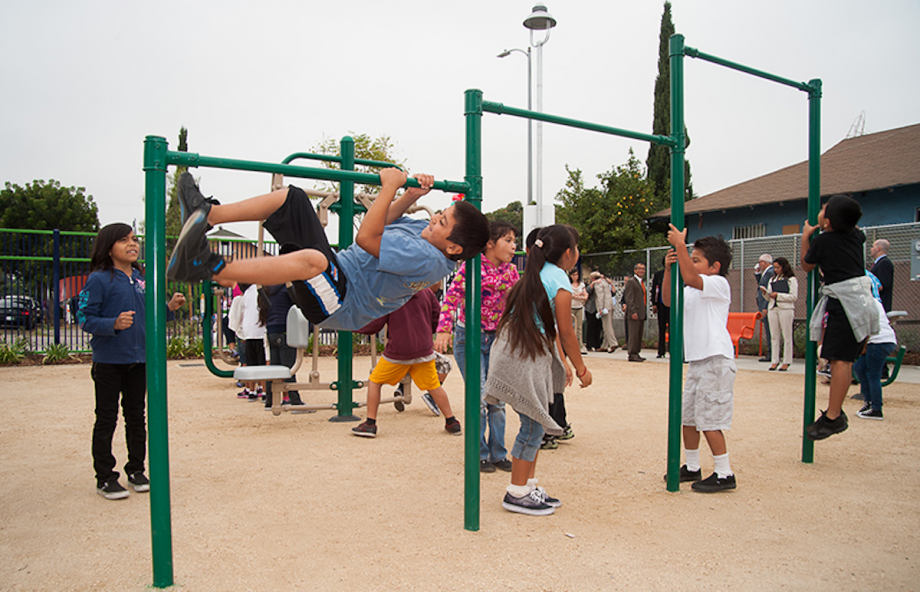 At 4,218 acres, Griffith Park has long been the pride of the Los Angeles Department of Recreation and Parks and a natural space savored by residents. (See the uproar sparked by a recent city decision to open an additional motor traffic route there.) Only a handful of urban parks are larger, and, arguably, none commands such a spectacular view as the one from Griffith Observatory. Down in the flats, where the lights of Los Angeles recede into anonymity, Los Angeles’ shame is less apparent but deeply felt.

For all of its natural wonders, Los Angeles ranks among the most park-poor cities in the country. Too many residents, especially in the vast impoverished tracts of South Los Angeles, have no easy access to a walking path or even a ball field. Most of the city’s parks are multi-acre recreation centers, which are scarce in some of the city’s older neighborhoods, including the vast tracts built immediately after World War II.

“The space was not set aside for open space because everybody thought we had plenty of it,” says Judith Kieffer, executive director of the nonprofit Los Angeles Parks Foundation.

Over the past three years, the Los Angeles Department of Recreation and Parks has tried to undo some of these mistakes by thinking small with its 50 Parks Initiative. As the name implies, the plan was launched to promote the development of 50 parks in underserved areas of the city. The initiative is now more than halfway to its goal. According to program director Darryl Ford, 31 parks have been completed, six are under construction and 17 more sites have been identified, for a total of 54.

That amounts to around 25 acres of new parks so far, mostly in South Los Angeles, East Los Angeles and the eastern part of the San Fernando Valley. At a whopping 0.5 percent of the size of Griffith Park, this acreage doesn’t sound like much. But, as the tired saying goes, it’s not size that matters. 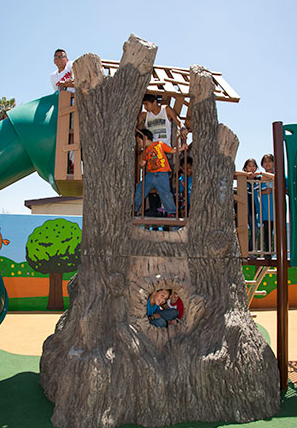 “It’s not so large when you look at acreage because you’re looking at quarter-acre sites, but it is still the largest urban park expansion anywhere in the country,” says Kieffer. “It’s quite an astonishing achievement.”

The department acknowledged that, circa 2012, it would be nearly impossible to build large parks in a dense, built-out city. Instead, they focused on small, neighborhood parks — sometimes called “pocket parks,” though some of the initiative’s backers dismiss that term — that could be wedged into small and irregular spaces.

“They’re kind of pushing their own limits and starting to think out of the box in terms of where we can put parks and what parks look like,” says Tori Kjer, Los Angeles program director for the Trust for Public Land, which has partnered on several parks. “If you look at South L.A. it’s so extremely dense and there’s really not any big parcels waiting to become parks, so we have to get creative about thinking about the properties we can go after.”

The initiative was inspired in part by the foreclosure crisis of the late 2000s. Single-family homes across South Los Angeles were being foreclosed, meaning that the department could purchase land relatively cheaply. As it has turned out, few of the 54 sites were foreclosures, but the model still worked. A park on a 7,000-square-foot single-family not might not be enough for a soccer game, department officials figured, but it could still get residents off the sofa.

“The idea is to see if we can close those 10-15 minute walking gaps, especially in the high-density areas of the city so people can actually walk from their home to a park without having to cross a freeway or a major street,” says Ford.

The department enlisted partners to develop parks that it would then run and maintain in perpetuity. With so many opportunities, each requiring relatively minimal capital outlay, a variety of partners signed on, including the Los Angeles Housing Department, the Trust for Public Land, the Los Angeles Neighborhood Initiative, the Los Angeles Neighborhood Land Trust, and the Los Angeles Parks Foundation. In most cases, partners have paid for land acquisition, outreach, design and construction, averaging $500,000 per park, excluding acquisition costs. (One intended partner was the Community Redevelopment Agency, but all redevelopment agencies in the state were shut down in 2012.)

“We knew we would not be successful if we did not partner and get partners on the same page,” says Ford. We worked hard to streamline the city’s own internal process for entering into agreements with partners. We sort of had to get our own house in order so we could do a lot of different partnerships.”

Equally importantly, the initiative was not over-engineered. Ford says that sites and designs were not rigorously studied, and there was no lengthy strategic plan. Even the name of the initiative was more of a slogan than a goal — no one knew if it was feasible to develop 50 parks, but the department wanted to dream big. 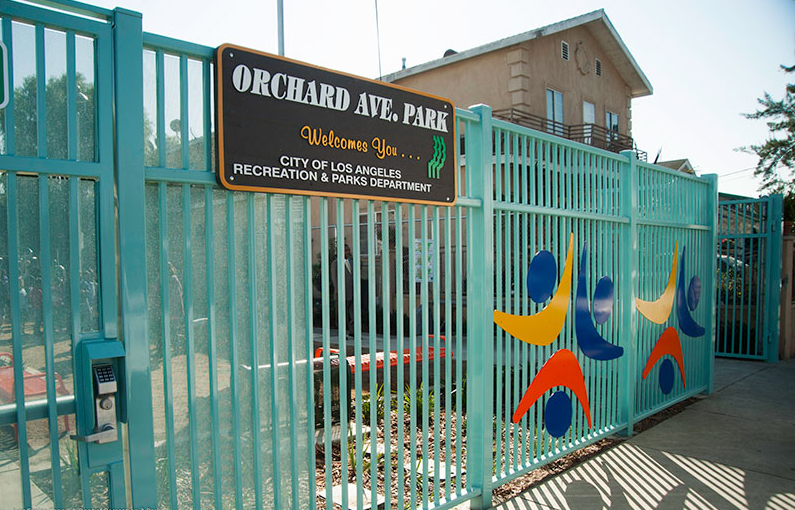 In some sense, how residents arrive at the parks is as important as what they do in them. Though the department followed loose criteria for locating parks, their outreach centered on walkability. Contrary to Los Angeles’ car-centric image, many residents do not own cars and, therefore, have trouble reaching “destination” parks like Griffith, Runyon Canyon or even the beach.

Ford says that he and colleagues often set up informal listening stations in neighborhoods to chat with passersby. If a vacant lot or foreclosed home seemed to be in a good walking path, it became a candidate for a park.

“We went out to the sites on Saturdays or Fridays, just set up a department truck and (decided) to sit on the curb and just talk to the community about whether they think this is a good thing,” says Ford.

Backers say that the parks’ magnetism is in full effect. Even with small parks, “there’s a gazillion reasons why we think parks are important for quality of life,” says Kjer. Kieffer noted that the development of parks almost invariably raises property values; a recent study by the University of Southern California confirmed that this is occurring in areas directly adjacent to the new parks.

And even if a resident strolls 15 minutes to and from a park only to linger in the park for a few minutes, it has fulfilled its goal. For those who stay longer, many of the parks include exercise equipment, picnic benches and playgrounds, all of which neighbors frequently requested.

One thing L.A.’s neighborhood parks don’t have is bathrooms. Once a park is handed over from a partner to the department, the department assumes responsibility for upkeep and maintenance. Department officials decided against including bathrooms in part to lessen their maintenance load. Parks also include solar-powered trash compactors, security cameras and gates that lock automatically at dusk (with emergency bars in case anyone gets locked in).

No one is making any more mountaintop wilderness areas, but with a handful of vacant lots, Los Angeles — the city of big egos and big dreams — has finally realized that small is beautiful.