L.A. Asks Makers to Stand Up and Be Counted – Next City

L.A. Asks Makers to Stand Up and Be Counted 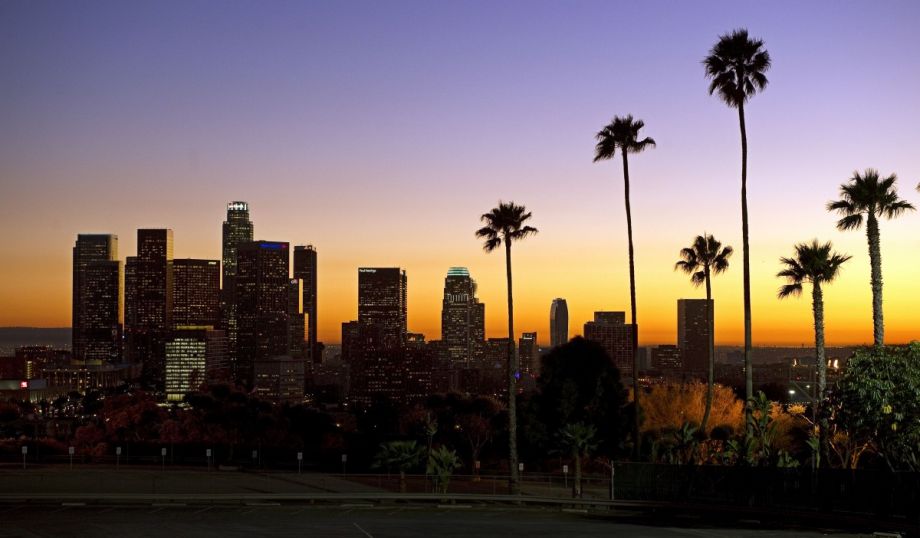 In the old days of manufacturing, you knew where the factories were. Smokestacks, rail spurs and looming brick buildings bespoke the construction of I-beams, truck chassis and household appliances that came churning through the cities of the Rust Belt. If you lived near them, you definitely knew where they were, and you probably didn’t like them.

It’s quite the opposite in Los Angeles. With over 350,000 manufacturing jobs, Los Angeles County has more than any other county in the U.S., and an attendant number of factories. The City of Los Angeles wants more of them, in fact.

First, though, it has to find the ones it has. That’s why the city recently launched the “Make It in L.A.” survey and a complementary website.

“It became very clear that unlike other cities where the sector is pretty easily definable, L.A. is so big and so complex that it’s important to take a step back and try to understand it,” says Krisztina “Z” Holly, entrepreneur-in-residence in the office of Los Angeles Mayor Eric Garcetti.

In charge of fostering relationships between innovative firms and the city, Holly is overseeing the Make It in L.A. effort. A collaboration between Garcetti’s office and the Los Angeles Area Chamber of Commerce, the survey is designed to give the city much-needed insight into the new local face of manufacturing.

The city’s hundreds of thousands of jobs tend to be housed in small shops producing and designing specialty items such as medical equipment, apparel, decor, and small, high-tech devices for industries like aerospace or automobiles. Even food qualifies. Whereas the city’s “Silicon Beach” community, anchored by heavy-hitters like Snapchat, Google and Yahoo, has gained a high profile of late (not to mention its entertainment giants), its manufacturing base is diffuse and overwhelmed by the vast L.A. expanse.

The Make It in L.A. survey asks manufacturers and other businesses involved with “making things” to identify themselves and tell the city about their businesses. In the age of mobile apps and intangible Internet technologies, “making” has emerged as the current catchall term for firms that design, build and support the creation of physical products.

“It’s the whole process of going from idea and the design, all the way through delivery and its influence on culture,” says Holly. “L.A. is the place where all of that comes together.”

The Make It in L.A. survey is aimed at gaining insight into the city’s manufacturing community.

If the survey can identify all of these companies — and determine their needs — the city can then assist them and attract more of them. “[The purpose is to identify] opportunities for City Hall in our capacity to make things,” says Holly. “Whether it’s through policies or programs or partnerships and identifying unique insights and connections that might help us figure out how we … might be a pioneer as manufacturing changes.”

Those policies and programs remain a work in progress, pending the results of the survey. Under the right circumstances, city officials feel that “making” can be as valuable to Los Angeles as tech is to the Bay Area. In fact, the two are becoming more alike than ever before.

“The whole face of manufacturing is on the cusp of this huge disruption,” says Holly. “Everything is being made in new ways: digital fabrication to distributed manufacturing … manufacturing is in a sense moving to the cloud. A lot of the principles of information technologies are now being applied to manufacturing.”

While Holly says she wants to support the “manufacturing ecosystem” of Los Angeles, right now, that ecosystem is more of a primordial soup.

“One of the strengths of L.A. is also its challenge: the complexity and size of the city,” says Holly. “An industry like Hollywood has this incredible ecosystem that’s super-connected, whereas the ecosystem for making things isn’t nearly so connected — yet.”

Holly cites the region’s historic ties to manufacturing as well as to design, marketing, tech and Hollywood-adjacent creative industries as reasons why Los Angles has a competitive advantage in the making sector. The city also has a significant challenge ahead of it.

Most obviously, physical objects must be made somewhere — not just on a computer screen. That means that maker companies need real estate, which is in relatively short supply in Los Angeles. Both residential and commercial rents are around all-time highs, and the city has slowly been losing industrially zoned lands to other uses. The Chamber of Commerce has long lobbied in favor of preserving industrial zoning.

Even so, the types of companies that the city wants to attract might not need large footprints.

“People normally think … about the manufacturing of yesteryear, when L.A. had a GM factory, a Goodyear factory, a U.S. Steel factory,” says Sean Arian, vice president for innovation and emerging technologies at the Los Angeles Area Chamber of Commerce. “That era of manufacturing is never coming back to LA. Land is too expensive here.”

Fortunately for today’s “makers,” they may find more neighborhoods willing to accept zoning changes and welcome maker tenants in mixed-use developments or other spaces that would typically be reserved for offices. That’s because today’s maker businesses, especially when defined as those involved in design and marketing, do not come with the noxious hallmarks of their predecessors.

“Manufacturing today … tends to be a lot cleaner than manufacturing of yesteryear,” says Arian. “It’s something that is much more amendable to an urban environment.”

That means that the boutique that sells fancy jeans might be right next door to the factory that produces them.

In fact, proximity may be Los Angeles’ crucial advantage. Many companies that might thrive under new maker-friendly programs in the city might be those who are moving back to the United States after sending some of their work to countries like China and Mexico, where low-skilled labor is cheaper. Especially in highly specialized and fast-paced industries, in-person collaboration between, say, designers and fabricators is more crucial than ever before.

In fact, Holly says that Los Angeles’ diversification might be its savior — even if its firms are, individually, but puffs of smoke compared to the enormous cloud-based counterparts in Northern California.

“If every city focuses on tech only, they’re not going to play to their strengths and they’re going to be missing other opportunities,” says Holly. “And it’s going to become very crowded if everybody is trying to do the same thing, regardless of what that thing is.”