Designs Give Glimpse of Future Los Angeles as a Farm City 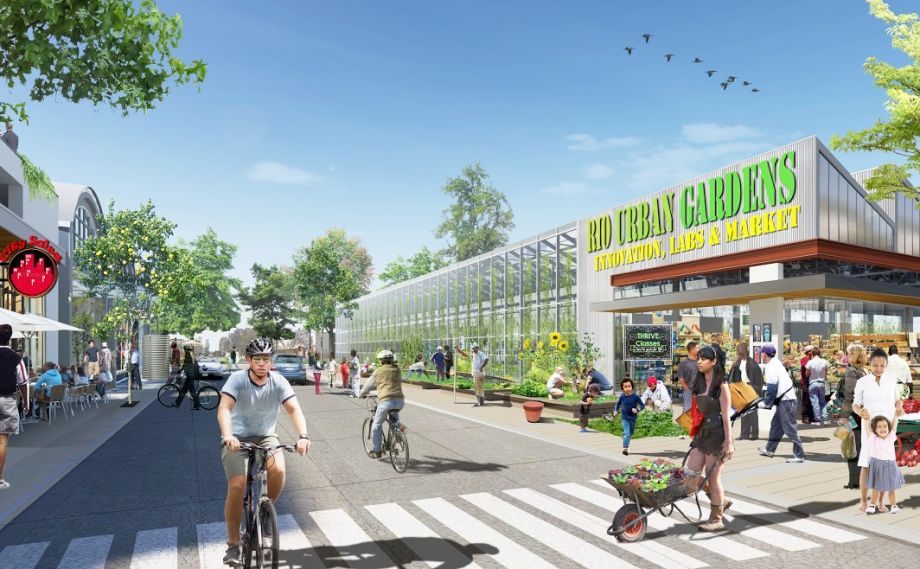 Despite having nearly 4,500 miles of sidewalk in disrepair, Los Angeles has made strides in recent years toward becoming a more walkable, sustainable city. Efforts like the ambitious parks plan that would require coordination of 88 cities and the Cornfield Arroyo Seco Specific Plan are inspiring new mixed-use, pedestrian- and bicycle-friendly neighborhoods. Last week, the final part of a study was released that shows how urban agriculture can propel such change.

The Urban Agriculture Plan (UAP) would address the communities around the Los Angeles River, which are characterized by unevenly occupied industrial, commercial and residential properties. The study, which looks at 660 acres that coincide with CASP, is concerned with transforming the area into a healthy, sustainable neighborhood with urban agriculture. As Josh Stephens wrote for Next City in December, a co-working space for chefs called L.A. Prep is already in that area.

Authors of the study, which was created for the Los Angeles River Revitalization Corporation (RRC), hope that the plan will promote public health, energy conservation, economic growth and housing affordability. You can see the entire plan here, but below I’ve pulled out a few cool details from the vision’s specific projects to give you a taste.

One of the site-specific proposals centers around a Community Food Hub. The area is clustered around the Metro Gold Line’s Lincoln Heights/Cypress Park Station and Avenue 26 for easy accessibility. The Food Hub would act as a marketplace for the area’s urban farms, and would create a communal space for social gathering.

The proposed Humboldt Incubation Hub, as its name suggests, would act as an incubator for progressive food-related business and infrastructure projects. Located adjacent to the Los Angeles River and the Ed P. Reyes Greenway, the plan proposes to transform the currently unused Lincoln Heights Jail into a communal space complete with an aquaponics facility and a brewpub.

The Cornfield Cultivation Hub would be located between the Los Angeles River and the Los Angeles State Historic Park. It will connect the river and park space by infusing the area with commercial agriculture and community garden space. Rooftop gardens will be added to existing structures like the the Los Angeles Department of Water and Power building. The presence of William Mead Housing and Ann St. Elementary School would help to facilitate youth involvement with food and health-related issues.