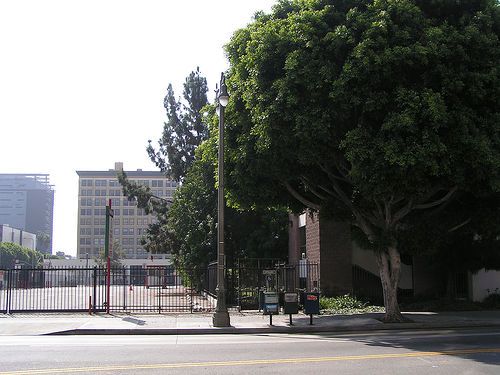 Los Angeles, a city well-known for its large homeless population — which in 2009 totaled nearly 25,000 — recently announced its 2010 Streets to Homes Program. Still in planning stages, this program is setting out to create safe parking areas for Los Angeles’ homeless residents living in cars and RVs. In July, the city identified 250 RV’s and motor vehicles being lived in throughout the city’s District 11, which includes Venice. To help individuals transition from these vehicles into more permanent housing and to get them off of neighborhood streets, the city plans to create safe, overnight parking lots equipped with bathrooms, showers, waste facilities and various social services.

The city announced its plan at the end of July and hopes to implement it by October. As it stands now, the plan aims to create several sites where three to five vehicles could be parked. Such sites, officials say, might be church, non-profit and business park parking lots. The $750,000 that Los Angeles City Councilman Bill Rosendahl was able to obtain as initial city funding will help provide basic amenities and social services at these locations.

While Los Angeles Homeless Services Authority (LAHSA) will oversee the program, they will be looking at bids from social service providers beginning this month. Through the chosen provider, participants in the program will have access to mental health checks, counseling and health facilities as well as assistance in finding more permanent housing. The participants, which the city will select as those most in need, will have to sign what some call a strict code of conduct.

As it stands now, the program will run for one year. If successful, it will potentially be extended. Officials are optimistic and look with confidence to similar programs that have succeeded in Santa Barbara and Eugene, Oregon. In Eugene last year, emergency overnight parking run by St. Vincent de Paul, a local humanitarian organization, helped 30 families with 57 children. In Santa Barbara the 5-year-old program, also run by a non-profit, has encountered minimal complaints.

Still sentiment in Venice is mixed. One problem the Santa Barbara program has run into is that some participants are in no rush to find permanent housing – a primary goal of the program. Some Los Angeles residents fear the plan will attract more homeless people to the area and lower property values. Others worry about sanitation and crime. Such concerns, though, are not new, and the city remains optimistic that its new program can solve these age old problems.