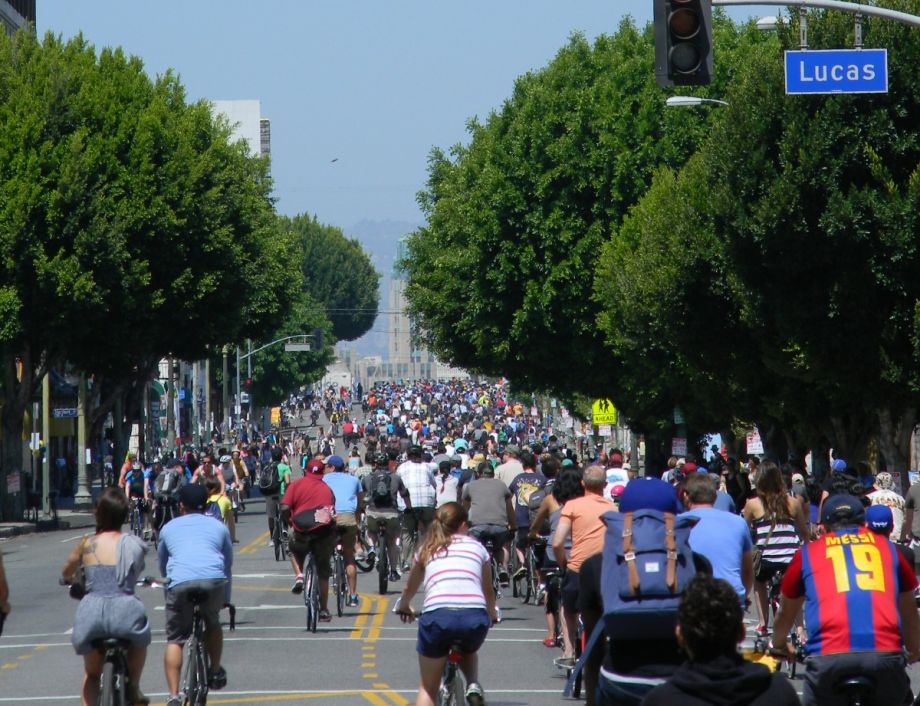 We already know that open street events like L.A.‘s annual CicLAvia are great for bicyclists, communities and business. Now, there’s evidence that the one-day bicycling fest, short as it may be, may actually improve air quality.

A study by the UCLA Fielding School of Public Health found that CicLAvia significantly reduces the air pollution along its route and in neighboring areas.

“Los Angeles does not meet the EPA’s air quality goals, and traffic is a major source of the problem,” said Yifang Zhu, the study’s principal investigator. “Not only does CicLAvia reduce the concentrations of traffic-emitted air pollutants, but we were also struck that the reduction of particulate pollution extends beyond the CicLAvia route.”

According to a press release:

The study, published in the peer-reviewed journal Environmental Pollution, measured air quality during the October 2014 CicLAvia, which was held in and around downtown L.A. — including the city’s Echo Park, Chinatown, Boyle Heights and East L.A. neighborhoods.

The researchers found that along the streets that were closed for CicLAvia, the presence of ultrafine particles was reduced by 21 percent and readings for particulate matter measuring 2.5 micrometers or smaller declined by 49 percent. In addition, particulate matter measurements on other streets in the neighborhoods that hosted the event (even though those streets were still open to traffic) were 12 percent lower on the day of the event, compared with non-event days.

How biking is changing cities continues to be a focus for researchers. Next City contributor Josh Cohen reported in July on a study that looked at the positive claims surrounding bike-share programs that found some of the touted upsides regarding urban economies and individual health had merit.