Looking Back at CA’s Early Sustainable Communities Strategies – Next City 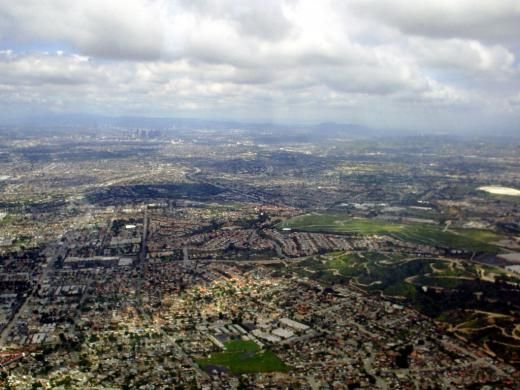 Given each area’s distinct circumstances and politics, it is difficult to generalize about their SCS process. Credit: Flickr User cameron23

In recent months, Sacramento, Los Angeles and San Diego all passed their first Sustainable Communities Strategies (SCS) in response to SB 375, the 2008 bill requiring a coordinated land use and transportation plan to reduce per capita greenhouse gas emissions from driving in California.

We in the Bay Area have the advantage of being the last among the big regions to pass an SCS. What can we learn from the other regions about the implementation of SB 375 and the prospects for better regional planning statewide?

Given each area’s distinct circumstances and politics, it is difficult to generalize about their SCS process, but several broad lessons stand out.

The San Diego Association of Governments (SANDAG) was the first regional agency in California to adopt an SCS, and the results were watched closely by the state’s other metropolitan areas. SANDAG has the advantage of being a region that includes a single county, as opposed to the Sacramento area’s six and the Bay Area’s nine. The SANDAG SCS passed in October 2011, and the region has looked likely to meet the Air Resources Board’s green house gas emission reduction targets early, thanks in part to the overall decrease in regional activity accompanying the economic recession.

But the San Diego’s SCS has received ambivalent reception, with many observers questioning whether the plan went far enough. As Eliot Rose wrote, “complying with SB 375 is a different thing than actually using the opportunities that the bill presents to produce substantive changes in the way our communities look and the way that we get around, and SANDAG’s RTP illustrates this gap.”

SANDAG has devoted a commendable investment to transit, a proportion comparable with Los Angeles at 47 percent, but the San Diego region is still directing substantial new development to areas where transit is likely to remain limited. According to Rose, only 53 percent of the region’s growth is slated to occur in Smart Growth Opportunity Areas, with the rest scattered in suburbs and unincorporated areas, even after the 2035 horizon when the region is unbound by general plan assumptions.

The SANDAG plan is currently held up in litigation, and its perceived shortcomings have prompted a wider conversation about whether more aggressive standards should be adopted in order to hold regional entities to their policy commitments.

In Southern California, the Southern California Association of Governments (SCAG) focused throughout its SCS process on overcoming the apprehension that measures to reduce greenhouse gas emissions are bad for the economy. Organizers gathered compelling data from expert studies demonstrating the market demand for transit, multifamily housing and walkable communities. Most promising were the voter surveys commissioned by SCAG which showed a population that embraces smart land use planning and wants to live in communities with many transportation options.

By mounting an extensive outreach campaign across the region, the largest and most heavily populated in the state, SCAG leaders were able to bring about a major shift in funding priorities. Nearly half the plan’s total revenue ($246 billion) will be spent on public transportation, including the ambitious 30/10 Plan to build 12 key transit expansion projects in Los Angeles in the next 10 years. The plan quadrupled regional spending on bike and pedestrian infrastructure, but the final figure still represents just 1 percent of the SCS budget, falling far short of the 14 percent of funds voters said they would like to see spent on active transit.

The SCAG SCS was passed unanimously on April 4, and the broad support it was able to garner represents progress for the region. But voters are notably ready to see even more commitment to smart land use and public transportation investment.

Sacramento’s regional planning entity, the Sacramento Area Council of Governments (SACOG), passed its SCS just a few weeks ago on April 26. The plan focused on local rezoning around identified transit priority areas, defined as areas within a half-mile of high quality transit: A rail stop or a bus corridor that provides, or will provide, at least 15-minute frequency service during peak hours by the year 2035. But the Sacramento delta region lagged behind the other regions in their prioritization of transit, allocating only 32 percent of their overall budget, compared with SCAG’s and SANDAG’s 47 percent and the Bay Area’s projected 67 percent. Sacramento also plans to spend significantly more on highways than the other regions.

SACOG has earned praise, however, for allocating nearly 8 percent of its overall budget for improvements to bike and pedestrian infrastructure, far exceeding the other regions whose investments in active transportation remain a meager 1 percent. And Sacramento makes important steps in concentrating new growth within already built up areas, managing to grow by 39 percent, but increase its urbanized footprint by only 7 percent.

As the Bay Area’s own SCS is finalized over the next year, our task is to continue to set a high bar — to keep shifting our investments towards more sustainable modes and high-performing transport projects that are cost effective and support multiple regional goals such as reducing driving and expanding the economy. The other metropolitan regions are looking to the Bay Area’s Project Performance Assessment Process for improved economic, social and environmental goals with which to measure the merit of projects in the next SCS process.