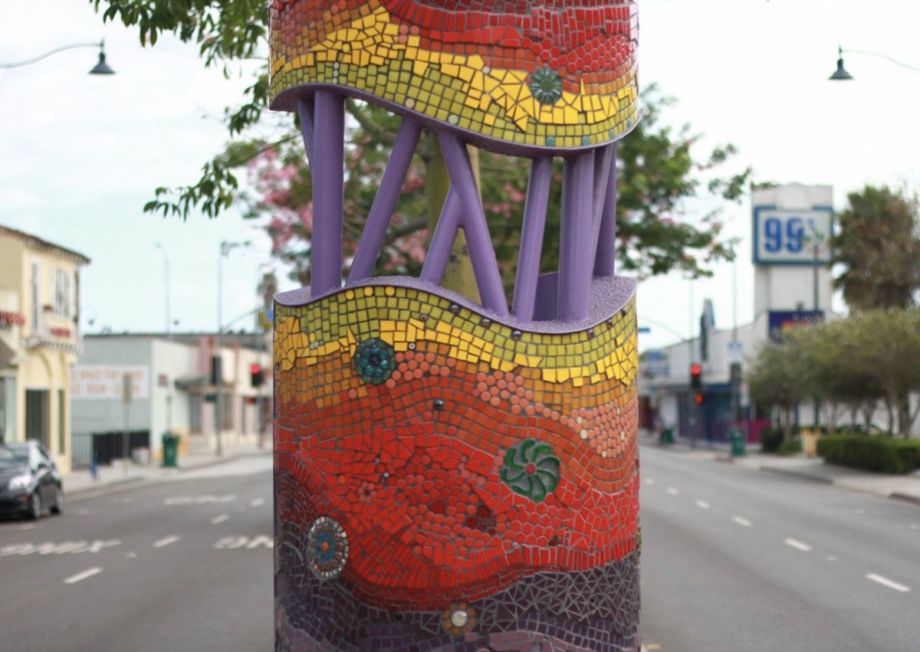 Tasha Hunter was driving across North Long Beach a few months ago when she came across a new flower store in a retail space that had been empty for most of 2017. She went inside and congratulated the small family running the operation. She also asked if they had a business permit.

The answer was no. Their friends owned the spot, and decided to lend it to the ad hoc flower company in the run up to Mother’s Day.

Hunter, of Long Beach’s Uptown Business District, didn’t call the city to report the illegal operation. She had something else in mind. “I don’t need any more empty storefronts out here,” she says. “Instead, I told them, ‘You know what? I want to help you.’”

Fast-forward to today and that business now has a city permit; a once provisional enterprise is a neighborhood fixture. “We helped them get an actual sign, and helped them get a $2,000 startup grant,” says Hunter. “Now they’re a viable business that’s doing well.”

The Uptown Business District is Long Beach’s newest business improvement district, and leaders like Hunter are driving a citywide plan to build up local entrepreneurship across the next decade. Grants and a new online resource for aspiring entrepreneurs called BizPortal are intended to help increase economic activity in Uptown and 10 other neighborhoods.

Along with more affordable housing and a new emphasis on street density that will cater to cyclists and pedestrians, this is how city officials hope they’ll thin Long Beach’s massive commuting population.

More than 75 percent of Long Beach residents drive out of the city for work. John Keisler, director of economic and property development for the city, says encouraging local pockets of innovation will slow the stream of talent heading into nearby Los Angeles every day.

“Really what happened is that our economic development philosophy has shifted from focusing on land and business attraction to focusing on people,” says Keisler. In post-recession Long Beach, he says city leaders are “really excited” about building an economy that’s partly founded in locally grown employers.

“There may be a creative that wants to open a design firm, or a chef that wants to open a restaurant,” says Keisler. “They may have a unique gift and a tremendous skill, but they don’t have any of the business, finance or navigational awareness on how to get a business license.”

The draft of the city’s Blueprint for Economic Development (which Keisler’s department provided) shows the fine print matches his message. The plan, which is still being finalized, claims Long Beach is on a path to become a “city of opportunity for workers, investors and entrepreneurs” by 2027. The plan’s second pillar is “economic inclusion,” backed by objectives like increasing minority-owned businesses in the city, increasing non-traditional capital and city spending on minority-owned businesses, and increasing investment in low-income corridors.

City departments are still meeting to figure out specific goals — number of new minority entrepreneurs, local business receipt totals and more. But the city has made good on its promise to start creating business districts in low-income areas. The Uptown Business District was the most recent in a series of advancements.

Hunter, who isn’t on the city’s payroll, says she has faith in Keisler’s excitement. “They’ve been very intentional with creating density on the streets here, creating places to go and be,” she says.

Last year the city sold 30 parcels of land in Uptown Long Beach between 56th and 60th streets on Atlantic Avenue to LAB Holding, a progressive developer whose work in Southern California, like the LAB Anti-Mall, prioritizes local businesses over box chains. The city claims a new district there, called the North Village, will provide space for artisan vendors and “revitalize and reconnect vacant properties.”

It remains to be seen, however, if all this growth will include the very untapped entrepreneurs Long Beach wants to bring to scale.

Long Beach Mayor Robert Garcia is aggressively courting new private housing developments. During a presentation to city officials and community groups this past June he highlighted 59 new projects in the city, the majority of which were getting ready to break ground. That total included 3,328 new housing units and 808 new affordable housing units — a ratio that pairs with Long Beach’s current poverty rate of one out of every five residents. Affordable units only represent 8.9 percent of the city’s housing stock. Nearly 30 percent of Long Beach residents are “severely burdened” in their housing costs.

“When there’s a mixed socioeconomic background in business areas, these areas can thrive,” says Hunter. “What are we doing so different income levels can live here as well?”

She says her business improvement district’s board of trustees includes two or three large developers but also community organizations and residents. That balance is intentional; they want the mom-and-pop, but they also want the artisan coffee shops so often described as the culprits of gentrification.

With her and the city’s help, residents from lower-income neighborhoods in the north could be the ones roasting and brewing, thanks to new grants and the incoming team of business navigators. “The prices of these storefronts are a lot more reasonable than other parts of town,” says Hunter. “But I just want to make sure the neighbors remain here to enjoy the fruits of what they’ve been asking for.”