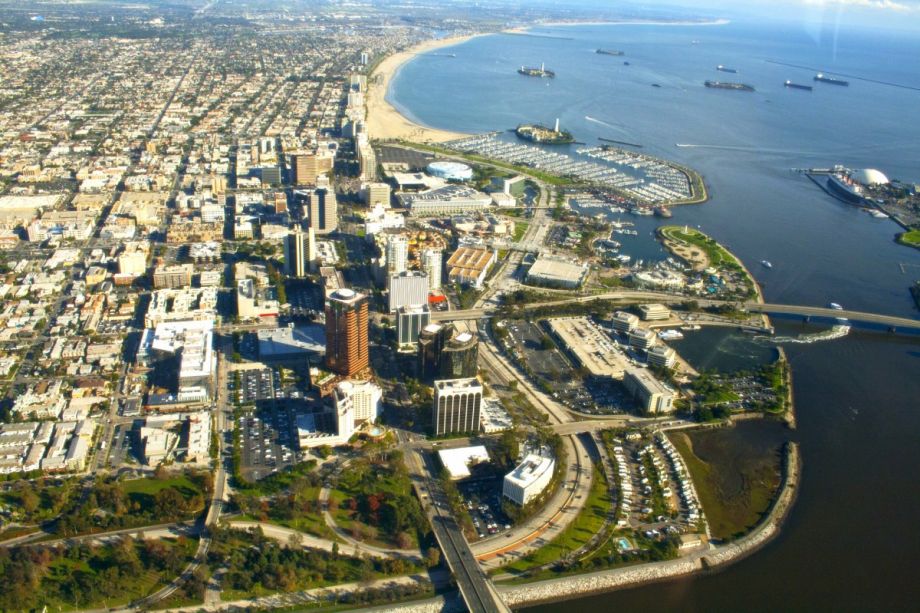 Last week, the city of Long Beach, California, launched an open data portal that aims to give citizens clear, visual information they can use. In addition to maps displaying police districts and liquefaction zones, and plotting the location of council offices, dog parks, and other city amenities, DataLB provides access to applications that put city data in context.

Developed with GIS software company Esri, DataLB’s applications focus on visualizing the impact of initiatives like Measure A, a 10-year, 1 percent sales tax increase that will fund $150 million worth of public investments over the next three years. Two applications on the site look at the impact of that investment on public safety and public infrastructure, the two main focuses of the spending.

“A Livable Long Beach” shows not only which street segments will receive repairs, but also explains the type of repair — slurry sealing — using before and after photos. A user can click on individual street segments to find out which roads will be fixed in fiscal year 2017, and learn about the citywide plan on the same page. The same goes for improvements to parking, libraries, public spaces and fire stations.

In Long Beach, says Mark Taylor, chief of staff to Mayor Robert Garcia, “that level of transparency has never been available before … . You can actually see pictures, you can see the whole picture at once.

Over 100 data sets now feed directly into the DataLB portal, and more are constantly being added. “The default is set to release, so there has to be a compelling reason not to release something,” says Taylor, like HIPAA regulations around releasing information on individuals’ health. Crime statistics will soon be added. Where possible, that data is rendered geospatially with the help of Esri or used to power applications or other more pointed data uses.

One of the next data sets to get that treatment will be the status of all business licenses in the city. A second website, BizPort, already walks residents through everything they need to know to open a business in Long Beach, and DataLB already hosts a map of business license information. Soon another new database, BizHub, will bring them together. Business improvement districts will have a special higher level of access so they can easily get a read on the health of their district. Taylor says making that data accessible not only makes it easier for residents to track their applications and for BIDs to take the pulse, but also frees up valuable time for city employees.

“Before that it was an analyst full time having to go in and manually look things up and generate monthly reports and send it,” he says. “Now it’s just there, updated daily.” Taylor also hopes that, as in Chicago, increasing access to municipal data will encourage a civic tech community to flourish, and possibly lead to the creation of businesses addressing problems the data brings to light.

All of that data is available uninterpreted and some of it will be contextualized through the applications, which Mike Sumich, Esri’s Long Beach account executive, says underscore the real value of the portal.

“You have to think about why people come to an open data portal in the first place,” he says. While some people will show up on the site curious just to poke around in city data, the majority, he says, will come because they’ve heard about a specific project and want to know what it means. Therein lies the purpose of the applications: to tell the public stories about the data they’re seeing.

That’s certainly not a bad thing. DataLB creates access to so much information and so many maps, it can be difficult to know where to start. The Measure A applications give a compelling reason to care about this data, and a straightforward way to track what the city is up to. But the applications also give the city ways to “control the story,” as Sumich puts it. The improvements touted under Measure A have not yet begun, but after work starts, what if the city doesn’t meet its goals? Can the tool also be used as a platform for spin?

Or take officer-involved shootings, an example Sumich brings up. Police departments tend to be wary of just putting information out there since “data can be confusing” and the public may “construe things from the data.” They often prefer a storytelling approach. But isn’t that the point of open data? To place trust in the public to construe what they will?

Of course, making data easier for people to understand is an admirable goal, and the uninterpreted data would remain. Telling stories around the data is just one way cities can encourage residents to interact with it. It’s just far from neutral.