NYC’s Public WiFi Kiosks Are Heading to London – Next City 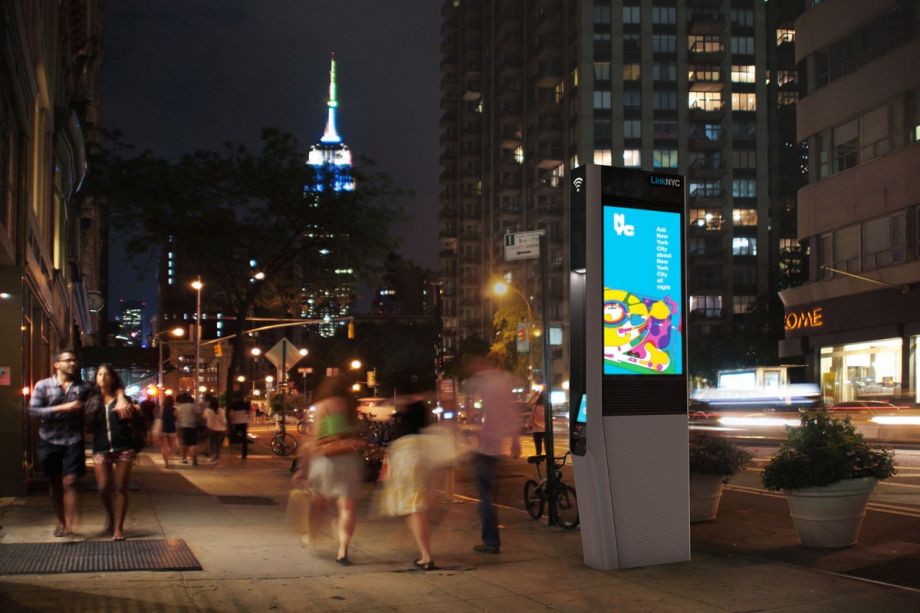 “As a global hub for media and technology, London is the ideal city for Intersection to invest in the expansion of connectivity, digital innovation and our business,” says Dan Doctoroff, Chairman & CEO at Intersection and Sidewalk Labs. BT will provide the internet connection, however, instead of Google. Advertising company Primesight will underwrite the service through digital ads that run on the kiosks.

In the first phase, which will start in 2017, London will get about 100 kiosks, with 750 eventually planned. The project has yet to get approval from local authorities, but the mayor has embraced LinkUK, Tech Crunch reports, as has Camden, the first London borough to receive kiosks. Connectivity is a driving factor, but so too is replacing increasingly dilapidated, unutilized phone booths.

“I welcome this exciting new addition to London’s streets. Expanding London’s digital infrastructure is a priority for the Mayor, and LinkUK can play a big part in improving connectivity for Londoners and visitors to our city, while reducing street clutter by upgrading and reducing the number of phone boxes,” said Rajesh Agrawal, London’s Deputy Mayor for Business, in a statement.

In New York, over 400 kiosks have already been installed, mostly concentrated around major Manhattan corridors, with a smaller number in the Bronx and Queens. But in September, complaints led the operators to make some changes. While many were using the kiosks for their intended use — short stops to check maps, charge phones and make phone calls — others were lingering for hours, drinking alcohol, using the WiFi to watch movies and the on-kiosk browser to watch pornography. As of mid-September, the browsers have been shut-off while a new plan is developed.

LinkUK aims to learn from that pitfall from the start. While the UK kiosks will provide WiFi, they won’t offer unrestricted internet access, according to Tech Crunch.