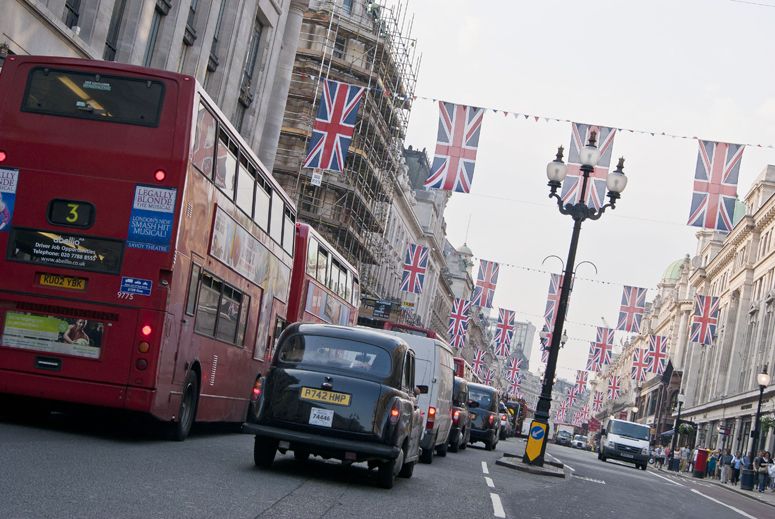 London Mayor Sadiq Khan has invited Londoners to leave their cars behind for a car-free day on September 22, reports CNN. “I encourage as many Londoners as possible to join in the fun and see the city from a different perspective. I will continue to work with those boroughs who are forward-looking and want to think differently about how to use road space,” Khan said in a statement.

According to The Guardian, Khan plans to close a total of 12.3 miles of roads. Most of the streets in the City — London’s central business district — including roads around important monuments such as London Bridge and Tower Bridge, will be closed. The mayor is also encouraging boroughs to close some of their streets; so far, 18 of 32 have agreed to participate.

The event comes amid serious concerns over air pollution in London. Cars are the city’s biggest air pollutant. Vehicles, especially those with diesel engines, release NOx, a harmful gas that reacts to form toxic particles known as PM2.5. These small particles, only detectable by electron microscope, can have long-term adverse effects such as lung damage, and can cause asthma attacks. Though car exhaust contains a variety of pollutants, PM2.5 particles’ small size allows them to linger in the air longer than bigger and heavier particles — making PM2.5 an invisible and deadly pollutant.

In 2017, The Guardian reported that 95 percent of Londoners (7.9 million people) were living in areas where toxic air particles exceed the World Health Organisation’s (WHO) recommended limits by 50 percent.

According to a report by the State of Global Air, a website collaboration between the Health Effects Institute and the Institute for Health Metrics and Evaluation, air pollution is the fifth-leading cause of mortality world-wide. Air pollution is more fatal than malnutrition, water health, and drug use.

London has the most polluted air in the UK, according to The Guardian. The British capital’s air pollution is responsible for 9,000 of the UK’s almost 40,000 air-related deaths per year. Two million people, including 400,000 children, live in areas with air pollution exceeding legal limits, says The Guardian.

Khan — who was elected in 2016 — has since revealed many plans to reduce PM2.5 emissions. According to The Guardian, Khan has limited the use of wood-burning stoves and instituted fines for diesel cars entering the capital. In April, London implemented 24/7 low emission zones that charges vehicles that are unable to meet strict emissions standards when they enter the city center. Now, he adds a city-wide holiday to his list of green governance.

September 22, a Sunday, will show a new potential for the city. “[This] will give people the opportunity to witness a transformation on their doorstep. When cars no longer dominate, what we often forget is valuable public space. For a few hours, children, whose lives are most negatively affected by traffic, will take priority,” Fiona Sutherland, deputy director of London Play, a charity that advocates for children to play in the city, told The Guardian.

The day will include hundreds of activities, many which will be geared towards children. Over 150,000 city-dwellers are expected to attend.