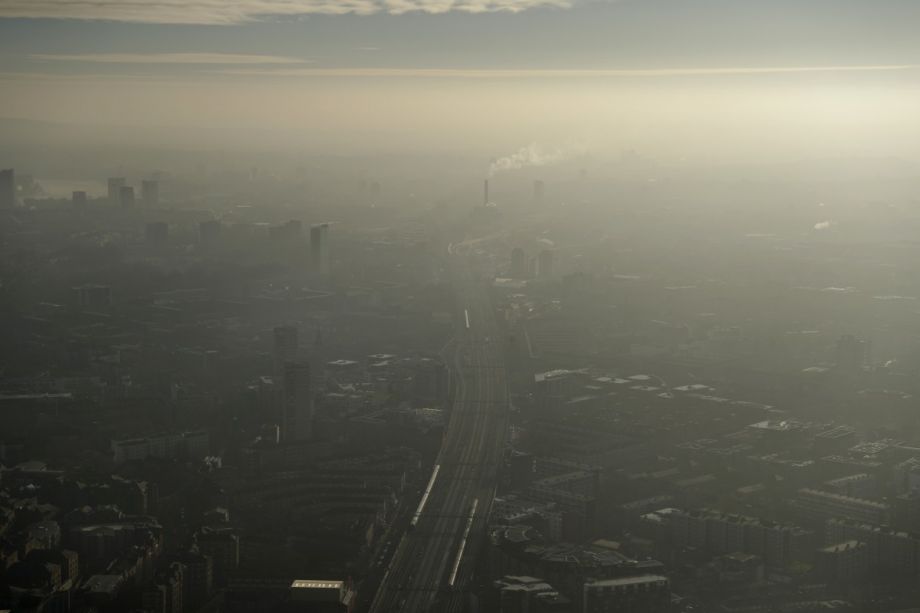 The air in London is filthy. Just five days into 2017, the city had already exceeded the European Union limits on nitrogen dioxide concentration (NO2). NO2 pollution comes from a variety of sources, but the primary culprit in the U.K. is diesel vehicles. Those high pollution levels have been linked to asthma and lung cancer. Government officials estimate that, across the country, NO2 pollution contributes to over 23,000 premature deaths each year.

To combat the longstanding problem, London Mayor Sadiq Khan has proposed two measures to discourage people from driving older cars in the city. The first, set to start this October, is called the T-Charge. It will charge drivers whose vehicles don’t meet emissions standards 10 British pounds (nearly $13 U.S.) to enter the city center. In 2019, Khan plans to implement the Ultra-Low Emission Zone (ULEZ), a stricter evolution of the existing (and mostly ineffectual) Low Emission Zone that imposes fees on so-called dirty vehicles.

In a press release announcing his plans, Khan said, “The air in London is lethal and I will not stand by and do nothing,” and said the proposed fees are “critically needed to safeguard Londoners from our air quality health crisis.”

The city estimates the ULEZ will reduce nitrous oxide emissions from vehicles 50 percent by 2020. But air quality advocates say nothing short of entirely banning diesel vehicles in the city will help London deal with its public health crisis.

Anyone driving a vehicle that doesn’t meet the EU’s minimum emissions standard will have to pay the T-Charge when entering the center city. It will be in place Monday through Friday, 7 a.m. to 6 p.m., the same time as the central city congestion charge. According to The Guardian, about 10,000 vehicles in London will have to pay the fee.

The ULEZ is based on the same idea: Charge dirty vehicles to drive in the city. In April 2019, London will implement the ULEZ with the same center city boundaries as the congestion charge zone. Any gas-burning vehicle that does not meet the 2005 Euro 4 emissions standard or diesel vehicle not meeting the 2014 Euro 6 standard will have to pay a fee. Fees range from 12.50 British pounds for cars, motorcycles and vans, to 100 British pounds for buses and trucks. By 2020, Khan wants to expand the ULEZ to encompass nearly all the city.

The ULEZ is a more stringent version of the Low Emission Zone that’s been in place since 2008. The LEZ only applies to trucks, buses, passenger vans and motor homes, leaving plenty of polluting cars free to drive in the city. As such the LEZ has had little impact on air pollution. A 2015 study by researchers at King’s College London found that pollution levels in the LEZ were just as high three years after its implementation as before and that the detrimental health impacts were just as severe.

Because it applies to far more vehicles, the stricter ULEZ is likely to have a greater impact than its predecessor. But some advocates say it doesn’t go far enough.

“With diesel vehicles responsible for 90-95 percent of NO2 from vehicle exhaust, the only way to achieve full compliance with [World Health Organization] guidelines is to ban diesel from the most polluted,” he writes on his website.

At the C40 conference in Mexico City last December, the mayors of Athens, Madrid, Paris and Mexico City announced plans to ban all diesel cars and trucks from their cities by 2025.

Birkett writes, “Sadiq should match them and go further by pledging to eliminate the burning of fossil fuels throughout London by 2025 starting with diesel by January 2020. It’ll be no harder than banning coal burning 60 years ago.”