Elections to Watch, the Urbanist Edition – Next City

Elections to Watch, the Urbanist Edition 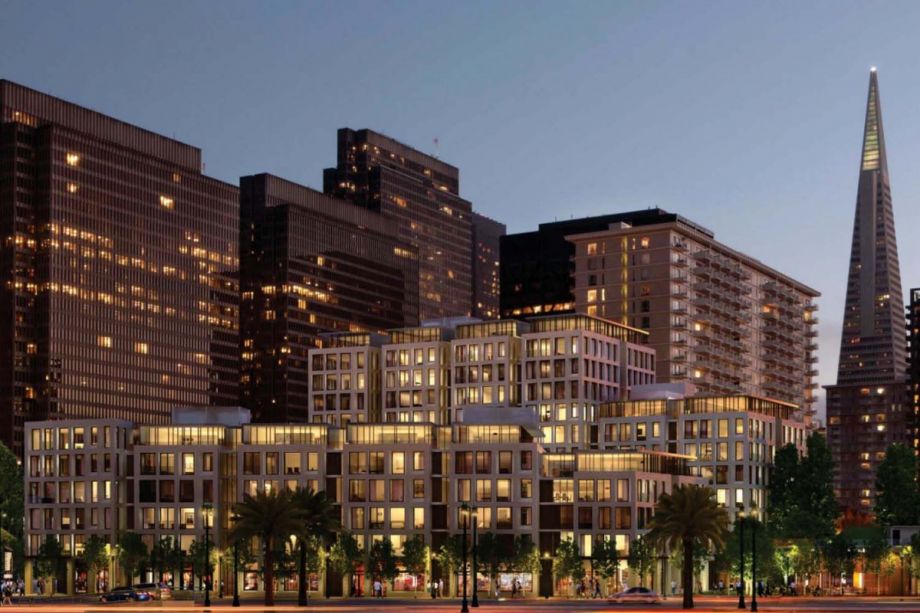 Off-year elections may not be the most exciting or generate the most coverage, but for voters with an urbanist streak, there are a number state and local races to watch on Tuesday. Here are some that we find the most interesting:

Democrat Bill de Blasio has a massive 40 percent lead in the polls, so this election is mostly perfunctory. Despite a lot of anti-developer rhetoric and a call to make inclusionary zoning programs mandatory, nearly every news publication in the city has written about de Blasio’s relatively pro-development attitudes. He told The Real Deal that continuing to rezone for more density is “an economic and environmental imperative.” Reading between the lines on his housing platform, it will take massive amounts of upzoning — perhaps more than his relatively anti-development supporters in brownstone Brooklyn have realized — to fulfill his promise of 50,000 newly constructed affordable units during an anticipated eight years in office.

De Blasio is also in favor of legalizing some now-illegal apartments, of which there may be more than 100,000 mostly in (supposedly) single-family homes in the outer boroughs, many in immigrant-heavy Queens.

Republican Joe Lhota, on the other hand, has taken a much less friendly attitude toward development. When asked about outgoing Mayor Michael Bloomberg’s rezonings, he told The Real Deal: “I will continue rezoning, but we’ve saturated the market. We should naturally slow it down until we start seeing results from the rezonings we’ve recently accomplished.” It’s somewhat of an incomprehensible position for anyone with even a passing familiarity with the city’s development atmosphere and ravenous appetite for new housing. Lhota is also against legalizing illegal basement and secondary units.

On infrastructure, neither candidate has really distinguished themselves. Lhota has appealed mainly to outer borough motorists (coordinating traffic lights is his big thing, and he told Capital New York that “we’ve got to find a way” to widen roads on Staten Island), with an occasional sop to transit (he’s mentioned bringing the pokey R train to Staten Island, which seems unlikely).

De Blasio, meanwhile, has called for better enforcement of the city’s traffic laws and has pushed bus rapid transit — a fine idea, but not a revolutionary one, and not one that distinguished him from his competitors during the Democratic primary. If you want to step up your infrastructure game, Bill, we’ve got some suggestions.

Most cities don’t ask hundreds of thousands of residents to vote on the fate of a single, 134-unit development. Then again, few cities are as anti-development as San Francisco. Proponents note that planners have already approved the project and that putting it up for a citywide vote sets a bad precedent. There’s also that small supply-not-meeting-demand thing that has driven newcomers without plush tech industry jobs to Oakland, bidding up housing prices in some of the region’s last close-in neighborhoods.

Opponents, meanwhile, raise the specter of that perennial San Francisco bugaboo, “Manhattanization,” and argue that buildings of up to 12 stories on the waterfront will block public access. They also generally don’t believe that adding supply at the high end will have trickle-down effects on the more affordable segments of the market (economists call it filtering=), and tend to see the construction of luxury condos as causes of gentrification rather than its solution.

Real estate types have fallen on both sides of the debate. The developer has poured more than a million dollars into agitating for the project, while Boston Properties — a huge national firm that owns a high-rise office complex whose views the project would partially block — has contributed a bit less to its defeat.

Expect this to be a preview of the fight over another project recently proposed near the BART station at 16th and Mission streets, where the fears are about gentrification rather than waterfront views.

For the Virginia governor’s race, you have two options: Former DNC chair and all-around Clinton insider Terry McAulife, and Republican Attorney General Ken Cuccinelli. McAulife will spend more on transportation infrastructure, and Ken Cuccinelli will spend less. You don’t get much more nuance than that. Take it away, Politico:

McAuliffe backed the state’s $1.4 billion a year infrastructure law. He supports the Silver Line extension to Dulles Airport. He wants to build a light rail connecting Virginia Beach and Norfolk and add two lanes to a highway running along the state’s southern border.

His opponent, Republican Attorney General Ken Cuccinelli, opposes all of those plans and the tax hikes needed to pay for some of them, and he has sought to portray the transportation choice for voters as between “Union Terry” and “Frugal Ken.”

The push to invest more in infrastructure has won over many local politicians, editorial writers and business groups, but it hasn’t necessarily played as well among voters. It’s a problem that transportation backers have seen on the national level, where they have struggled for years to turn increased transportation funding into a populist cause.

Minneapolis voters will have a number of urban policy issues to grapple with, from the city council’s plans for a streetcar line on Nicollet and Central avenues to plans for increased density. The Star Tribune has a write-up of a seven-way debate that covered these topics.

Most supported the streetcar line, which will run in lanes mixed with car, truck and bus traffic. It will hug the curb, the slowest, but most politically palatable, form of surface rail, which offers no speed increase over the preexisting bus routes. (One exception: Cam Winton, an attorney who thinks the city should put more money into buses instead, and said that the “economic development benefits of [streetcars] are unproven at best” — opinions that aren’t foreign to even some urbanists.)

The contenders were not, however, as sold on the finance method, an oddly disjointed value capture district that would divert property tax increases to the project. Cam Winton, Jackie Cherryhomes, Bob Fine and Stephanie Woodruff all criticized the value capture plan, though aside from Winton none seemed to offer concrete alternatives. Mark Andrew, meanwhile, was also not sold on the financing plan, but proposed building a second line at the same time.

On the topic of density, the candidates were more united: All six whose positions earned coverage in the Star Tribune voiced support for increased density in Minneapolis.

Down ballot, however, there’s at least one race where development has emerged as a major point for debate. In Southwest Minneapolis’ Ward 10, former San Francisco city planner Lisa Bender is challenging four-year incumbent Meg Tuthill. In the Southwest Journal‘s write-up of the two candidates, one resident blasted Bender for being too pro-development (“One of the things I’m not so keen on about Lisa is, while she uses it as a selling point, I consider it detrimental that she comes from a city planning background…It’s very rare that they support neighborhood residents over developers”). Another, who doesn’t own a car, said of the incumbent, “I think there’s kind of a sense of pulling up the ladder that I really disagree with.”

Streetcars are also a major issue in Cincinnati. Vice Mayor Roxanne Qualls supports the project, which has begun construction and survived two referendums. “It’s going to happen and when it does, it is going to increase property values, attract new residents, increase the tax base and actually do the very things we need to do if we’re going to dig ourselves out of our deficit problem and have money to continue to invest,” she said in a debate. Meanwhile, challenger and former city councilmember John Cranley says it’s not too late to stop the project.

The candidates also disagree on an $85 million parking meter and garage privatization, with Qualls in support (“It’s a smart, sound and fair deal”) and Cranley opposed (“stealing from our future,” he called it). The idea has echoes of Chicago’s $1.15 billion parking privatization deal, which was so controversial that Mayor Rahm Emanuel cited it three times in an op-ed about why he nixed a plan to privatize operations of Chicago’s Midway Airport.

Those wanting to vote against incumbent Republican Gov. Chris Christie will have to content themselves with a symbolic vote for Barbara Buono, as Christie is far ahead in the polls. The real question, at this point, is how Christie will do in the 2016 Republican presidential primary, for which he appears to be the early favorite.

That said, there’s a lot to dislike about Christie for those who care about transit. The ARC tunnel from New Jersey to Manhattan, providing relief for the century-old tubes that carry Amtrak and New Jersey Transit trains across the Hudson River, was fatally flawed from the start, but Christie never proposed an alternative when he killed it. His dislike for the project appeared to be driven more by his desire to use the money to avoid raising New Jersey’s notoriously low gas tax than by any technical concerns. (In fact, he left it to his wife to offer the best criticism of the ARC tunnel.)

Christie has also displayed a total lack of interest in holding New Jersey Transit accountable for its preventable train losses during Hurricane Sandy, to the point of lying to the press about who was aware of the decisions that led to the $125 million loss. And then there are the persistent rumors that his underlings at the Port Authority, which some say he’s used as a tool for political patronage, shut down two of three lanes from Fort Lee to Manhattan on the George Washington Bridge, the world’s busiest, for three days to get back at Fort Lee’s mayor for not endorsing Christie for governor.