Local Economy Preservation Funds: A Plan to Save Local Businesses and Create Broad Prosperity – Next City 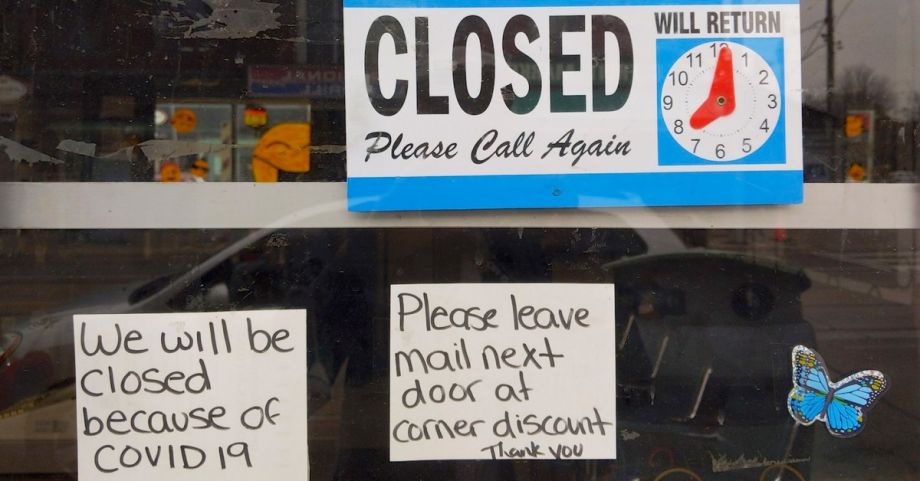 Local economies are being decimated in the COVID-19 pandemic. By this point, every community has stories about a business that has closed and won’t re-open and friends and family members who have been laid off. As the economic shutdown continues, large numbers of local businesses face bankruptcy and dissolution.

According to a recent study, 75 percent of small businesses report being unable to cover two months of expenses, while many cannot cover more than two weeks. The federal government’s Paycheck Protection Program, intended to aid small and medium enterprises, is proving vastly inadequate. For instance, the National Federation of Independent Businesses found that 80 percent of applicants have so far failed to receive funding.

Without financial support, many local businesses will simply disappear, taking with them tens of millions of jobs. Cities would lose their engines of prosperity. Meanwhile, FTC commissioner Rohit Chopra recently warned, “vulture investors, especially in private equity, are waiting in the wings to scoop up scores of struggling businesses on the cheap.” Not far behind will be corporate acquirers. In either case, the likely result will be asset stripping, job losses, and a massive shift in ownership upwards, supercharging already high levels of wealth and income inequality.

However, there may be a way to save local businesses at scale, while also creating a more equitable and democratic economy out of the ashes of the old. States and cities could establish public holding companies that invest and acquire an ownership interest in distressed businesses. These Local Economy Preservation Funds (LEPF), as we have dubbed them, could then exit their investments in ways that build a more democratic economy when the recovery begins.

In some cases, a partial ownership interest might support local owners through the crisis, allowing them to continue operating or reopen later. In other cases, full ownership might be obtained, if, for example, owners are nearing retirement and not interested in starting over in a recovery.

To ensure firms remain locally owned and in the public interest, these public holding companies could mandate that their full or partial ownership interest be turned over to workers at the company (in the form of a cooperative or Employee Stock Ownership Plan), to long-term state or local public ownership, or to community-based non-profits (where they could be run as social enterprises). If ownership shares are returned to individual local owners, a preference should be made for owners who are people of color, women, and veterans.

Keeping companies locally owned is vital. Small business is the lifeblood of our economy, providing nearly half of all jobs, and circulating around three times more money back into local economies. Broad-based enterprise ownership is even better, because it keeps firms locally rooted over the long haul, distributes the benefits of asset ownership more equitably, and extends participation and control to those often excluded. Such ownership forms are often more productive and better paying than traditional alternatives.

A public holding company that owns businesses, or shares of businesses, is a proven model around the world. In the US, one example is the Reconstruction Finance Corporation (RFC), a large-scale public company that provided financial support to banks and other businesses during the Great Depression and World War II. During the New Deal, the RFC became the single largest investor in the country, owning shares (and often actively exercising voting rights) in thousands of U.S. companies. Another example is the Resolution Trust Company, which in the late 1980s took over and closed 747 failed Savings and Loan banks with assets of around $400 billion.

Already there have been calls for the U.S to establish a federal Coronavirus Finance Corporation. But more rapid success might be found at the state and local level. One or more states, or large cities, could establish such a holding company immediately, which might inspire replication or scaling up at the federal level, further into the recovery.

Given the dire straits of state and municipal finances due to the crisis, one possible way to capitalize a public holding company could be via the Federal Reserve’s new Municipal Liquidity Facility. Through this program, the Fed will purchase up to $500 billion of municipal notes from certain states, counties, and cities. Local Economy Preservation Funds might qualify for this program, since, by preserving businesses, they would protect tax revenues and likely be revenue producing.

Some might question the ability of government to purchase and manage shareholdings in local businesses. However, in many ways this simply builds on the existing business lending and investment capacities of state and local governments. For instance, the New York City Economic Development Corporation, a non-profit governed by a board appointed or approved by public officials, routinely makes the kinds of investments suggested here through a variety of loan and investment funds totaling around $180 million. Moreover, management of LEPFs could be delegated to experienced fund managers, with strict guidelines on firms to support as well as metrics for social impact, if such expertise does not already exist in the public or quasi-public sector.

The real issue, though, is the lack of a community-benefitting alternative. Can private equity be trusted to act in the public interest? We know the answer. If we are to staunch the bleeding of local economies, government action at scale is needed. To avoid precious local businesses being closed, or lost to absentee, corporate owners, eager to shed massive numbers of jobs, Local Economy Preservation Funds could show the way. Cities and states could thus make the crisis a transition for the good, preserving firms locally and increasing broad-based ownership.