Local Artists Will Point the Way to Portland’s Newest Park 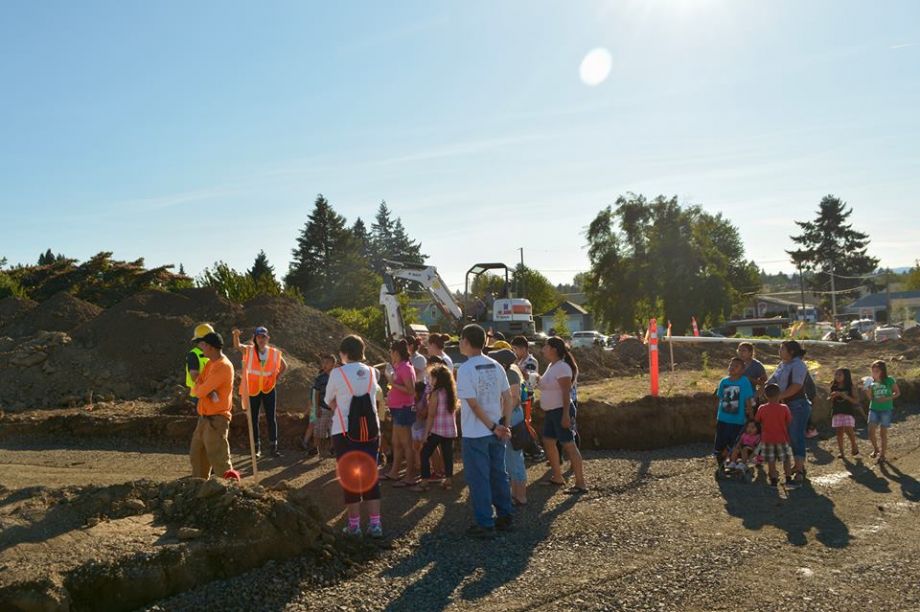 Alex Vallé is a 22-year-old DACA recipient who grew up in Portland’s Cully neighborhood with his mother and sister. Since he was a kid, he’s worked with Verde, a nonprofit in the neighborhood; and Hacienda Community Development Corporation, participating in their homework club. Today he is a self-taught artist.

“For a while, the neighborhood wasn’t known for anything nice,” Vallé says. “That classification of our community has been changing.”

For decades, a 25-acre parcel in Cully was off-limits to residents. The site, once mined for sand and gravel, then filled with garbage until the 1990s. Portland Parks and Recreation purchased the parcel in 2000. Though the parks agency designated it as parkland, plans to actually build a park lagged due to lack of funding. The former landfill sat empty for another 12 years.

Finally in 2012, the Portland City Council approved a public-private partnership between Verde and Portland Parks and Recreation to move ahead with transforming the former landfill into parkland. Over the last several years, the land has been cleaned and restored to hold a community garden, off‐leash dog park, trails, fitness course, picnic areas, a soccer field, and more. It’s slated to open this June.

Vallé is one of three local artists who will be participating in a project to create a new wayfinding system in the neighborhood, to help residents find the new park. “It’s a chance to put my art out there,” he says. “They’re giving us a blank canvas to make something happen with the community.”

Given the site’s history, it isn’t easy to find. The future Thomas Cully Park is sandwiched between two major roadways, just south of the Portland International Airport sprawl.

“We’re in an industrial corridor,” says Anna Gordon, a community programs manager with Verde. “Since this was a former landfill, tucked back behind an industrial area, there are a lot of people who don’t know where this 25-acre park will be.”

In a city known for parks, Cully is considered a “park-deprived neighborhood.” Until the opening of Khunamokwst Park, in 2015, there were no developed parks in the area.

Cully is a diverse, majority low-income neighborhood located in the most northeastern corner of Portland. Urban planners point out stark disparities that exist between here and the rest of the city, so much so that Cully’s come to symbolize neglectful city policies and staggering inequalities for Portland’s non-white population, including a lack of access to green space. The green space disparity has been on Verde’s mind since the organization began its work in 2005 with the goal to bring new environmental investments to Cully.

In 2014, Verde hosted a series of “Living Cully Walks” (named after the Living Cully collaborative of which Verde is a member). The walks gathered a diverse array of residents to identify what the neighborhood lacked. In 21 different Living Cully Walks, neighbors recorded potholes, gravel streets, sidewalk gaps and streets without street lights. One major barrier identified: people wanted to know where local green spaces were located, and how to get there safely. Gordon notes that only 34 percent of Cully streets have sidewalks, and bike lanes are scarce.

The group envisioned a wayfinding system that would reflect the diversity of the neighborhood. Verde held workshops on potential locations for wayfinding markers and developed temporary designs to “get signs up where the community wanted them on a low budget,” Gordon says. With the “do-it-yourself version” in place, as Gordon calls it, Verde led a number of tours with community members and city officials to garner more feedback. Big requests: bigger and brighter signs, with clear visibility.

This May, Verde received a $25,000 grant from Oregon Metro, the only directly elected regional government and planning organization in the United States, to help bring a permanent wayfinding system to the neighborhood — with the participation of Vallé and the other local artists of color.

The power of art in urban planning is the focus of Oregon Metro’s Placemaking Grant program, now in its second year. For its 2018 award cycle, the planning agency received 59 grant applications requesting more than $1.1 million in funding. Verde was one of nine groups selected for grants totaling $168,465.

“Metro has been shifting in its commitment to bring in voices that have been left out of conversations in urban planning,” says Elissa Gertler, Oregon Metro’s director of planning and development. “This [grant program] came out of our innovation shop. We wanted to try something out of our comfort zone.”

Dana Lucero, a senior planner who works on the placemaking grant program, adds that the grants offer “solutions that have a lot of similarity with the planning work we’ve traditionally done, but when you involve art you guarantee you’re doing it in a different way.”

Verde’s application stood out for offering solutions in a neighborhood with “very serious urban mobility issues,” Lucero says. “They’ve put a lot of pieces in place to make this wayfinding project happen with or without an artist component. But the grant will help give people a sense of ownership, and an expression of the community that lives there.”

The planned wayfinding system includes directional signs mapping out an “urban trail system,” expected to go up in June, while five community kiosks will be added to existing electrical boxes this fall. The kiosks will include information about the wayfinding system, a large map, and artwork “that represents folks in the neighborhood and what they want to express about their community,” Gordon says.

Vallé is weighing what his artistic contribution might be — including a style with “a holographic 3D effect.” But first, he says, he’ll confer with other community members, including a group of 6th and 7th graders with whom he plans to develop the design.

“I feel like it would be biased if I just give my own opinion, and not take into account what others had to say, especially with the kind of project this is, which is based on the community,” Vallé says.

EDITOR’S NOTE: The original version of this article incorrectly identified the host organization of the homework club Alex Vallé attended as a child. We’ve corrected the error.