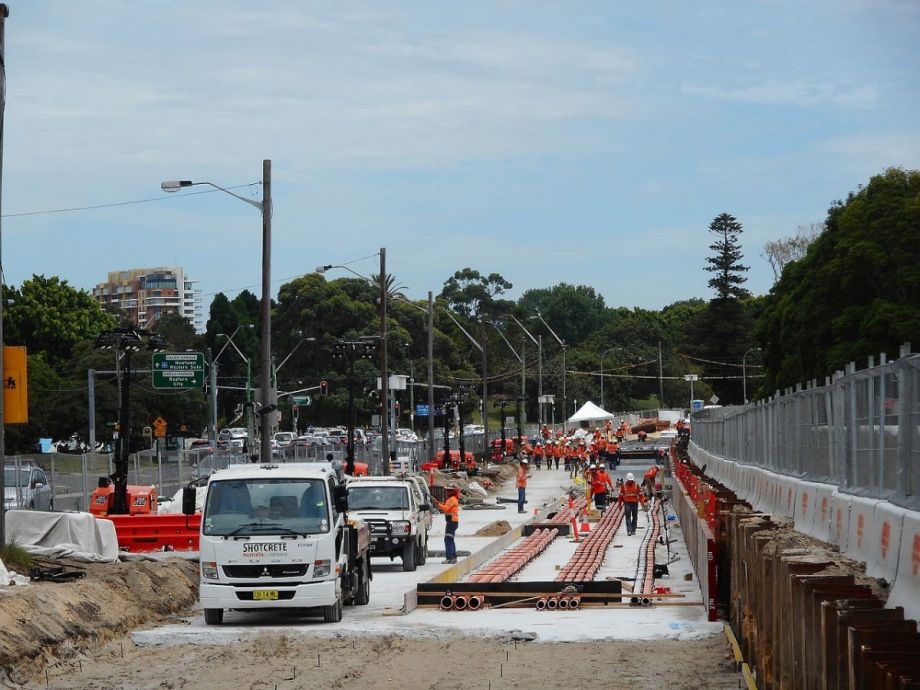 Aussies Jump Gun on Parramatta LRT Extension
It will be a year before the shovels go into the ground for the first segment of Parramatta’s planned light-rail transit line, but the government of New South Wales is already working on plans for the second one.

Railway-Technology.com reported Oct. 20 that the government of Australia’s most populous state has begun planning work on Stage 2 of the LRT line serving the western suburbs of Sydney. The final planning report and business case for the line should be ready for release by the end of 2018. Subject to planning approval, construction of Stage 1 should begin that same year.

The NSW government already has a preferred route in mind. It would connect with the Stage 1 line north of the Parramatta River and proceed east, then south, through Ermington, Melrose Park and Wentworth before ending at Sydney Olympic Park.

“We know it will provide a direct, frequent and reliable public transport connection for these areas, and connects the new Western Sydney University campus at Sydney Olympic Park with its three campuses serviced by Stage 1,” NSW Minister for Transport Andrew Constance said.

If all goes according to plan, Stage 1 should open for service in 2023. The state government will determine the timing of the Stage 2 project once the final business case is complete.

Glendale Pulls Plug on LRT Extension
A proposed Valley Metro LRT extension into the heart of the western Phoenix suburb of Glendale is dead after Glendale City Council effectively called a halt to further study of the line’s feasibility.

The Glendale Star reports that the seven-member council took no formal vote at an Oct. 17 workshop on the light-rail proposal, but it could not come to a consensus that research into the project should continue. Four members, including Mayor Jerry Weiers, were opposed to continuing research, two were in favor, and the seventh wanted to wait until the Nov. 7 release of an updated city transportation plan to make a decision.

Weiers cited the city’s precarious finances as the reason for his opposition. “I just cannot continue to use funds for a project that may put our city back into financial restraints,” he said. “Five years ago, we were considered along the lines of Detroit, who filed for bankruptcy, and now we are doing so much better. I just cannot agree to spend that much money on light rail.”

Preliminary estimates indicated that the extension would cost much more than current funding mechanisms for transportation projects could support.

BRT (Very) Lite Comes to Philadelphia
Sometimes, half of half a loaf is better than none. That’s the case along Roosevelt Boulevard, the spine of the northeast third of the city of Philadelphia, where a heavily used bus route takes nearly 50 minutes to complete its trip from Frankford Transportation Center to the Neshaminy Mall outside the city limits.

Plans for rail rapid transit have been on the books since 1913, but funding constraints have thwarted any attempt to move them forward. Instead, regional public transportation authority SEPTA has focused on taking action to speed up the trip at modest cost by unveiling a new express bus route that could serve as a model for other “BRT-lite” services in the city.

SEPTA officials say the new service could attract as many as 2,500 new riders in its first year. Advocates quoted in the article, however, point out that additional features such as dedicated bus lanes and all-door boarding could cut travel times further and attract even more riders.

The service will in effect turn the Route 14 line into a local/express route, with free transfers between the local and express runs. Buses should run every 10 minutes during rush hour and every 15 minutes at other times. SEPTA says tweaks in service could occur as early as February 2018 based on initial experience.