Life, Liberty, and the Pursuit of Broadband – Next City

Life, Liberty, and the Pursuit of Broadband 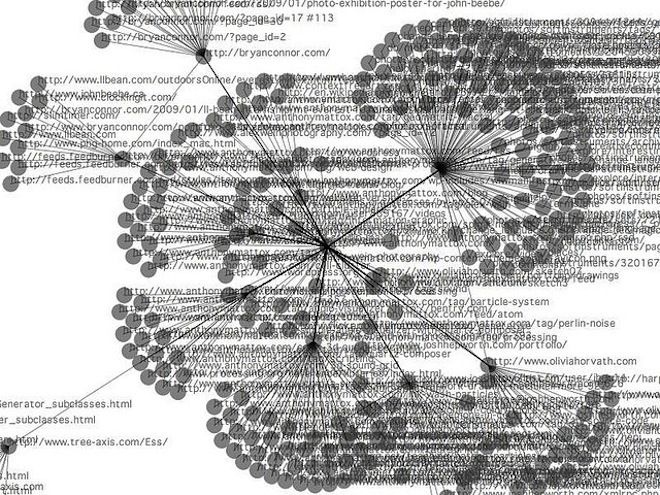 As the Arab Spring proved so profoundly, the yearning for basic rights is hard to contain. Eventually, whether they are facing juntas, tyrants, or economic oppression, people strive to have their voices heard. It may be through all-out revolution or in the first, furtive steps to share the dream of a better life. But the will usually finds a way.

In the 21st century, however, human rights — and the ability to express those dreams — are ever more dependent on the Internet. The web, fueled by high-speed broadband, is now the principal enabling mechanism by which citizens assemble, ideas spread, and economic opportunities are sowed. Without it, the oppressed are more likely to remain subjugated and the economic underclass to have minimal access to upward mobility.

President Hosni Mubarak of Egypt realized this — too late. By the time mobs of smartphone-wielding, socially networked young people threatened his power, the floodgates were open. Even shutting down the nation’s entire web infrastructure proved futile. For Mubarak, unemployment — not to mention prosecution — loomed.

Thankfully, despots are not the only ones learning the lessons of web empowerment. On June 3, the United Nations declared Internet access a basic human right. As if to underscore its importance, the declaration came just as Syria’s President, Bashar al-Assad, enacted his own web blackout to counter another uprising. But the implications of the U.N. declaration reach far beyond Syria and Egypt, and could well impact dictatorships and democracies, in the developing and developed worlds alike.

The latest U.N. statement harkens back to the organization’s Universal Declaration of Human Rights in 1948. That landmark proclamation, driven by the atrocities and misery of World War II, co-opted many of the rights Americans had long taken for granted in the Bill of Rights, including freedom of expression, assembly, and economic opportunity.
The United Nations is now arguing that those basic rights can no longer be protected without widespread Internet access. So, web access is not just another freedom to be added to the list – it has become the means to ensure human rights.

This idea has already taken root in the developing world. In the United States, however, the concept of Web connectivity as a basic human right has rarely been discussed. The fact is that America lags behind many less-developed nations in Internet access. According to the International Telecommunication Union, broadband access fees are higher in America than in Europe or Asia. This, coupled with an already gaping wealth disparity between, is creating a growing “digital divide” that is conspiring to keep the American economic underclass down. Tellingly, the poorest parts of the country, urban and rural, are also the places where web connectivity is weakest.

In other words, while America may be limited in political censorship, economic censorship is rife. Though most of the big cable companies in the United States will soon offer special rates for low-income households, the fact remains that an estimated 100 million Americans are not online. When people are priced out of Internet access, and the infrastructure to connect their neighborhoods simply doesn’t exist, they are cut off from an expanding world of citizen engagement, education, and economic competitiveness.

These advantages become possible when governments fulfill their obligation to provide ubiquitous broadband to all. From Seoul to Seattle, there are cities that model how best to overcome the practical and political obstacles to spreading the essential human right of broadband Internet access.

South Korea is well on its way to creating a virtual web utopia. The nation has been ranked first in average download speeds; the United States lags at 26th. Seoul, South Korea’s cutting-edge capital city, boasts the highest broadband Internet penetration rate in the world at 83 percent and rising. This nearly ubiquitous web access is also radically inexpensive. For only $20 per month, city residents enjoy Internet service that is four times as fast and half the cost of the average U.S. service. A $439 million dollar project will expand this already impressive broadband presence into the subway within the next few years. Wireless connectivity is currently available in every subway car.

South Korea’s broadband initiative was a win-win for everyone involved. That nearly universal connectivity has been turbocharging the Korean economy, which aside from a limited drop in its real-estate market has managed to sidestep the worst of the global downturn in recent years.

In the United States, Seattle’s city government has been making every effort to boost the city’s connectivity, while giving taxpayers a lot of bang for the buck. In fact, they barely needed taxpayers’ dollars. That is because Seattle encouraged and incentivized private network owners like Comcast to do the right thing in extending the city’s fiber and wireless infrastructure. As in Seoul, the entire city benefits from greater economic competitiveness, a richer cultural life, and greater citizen engagement.

Chattanooga, Tennessee took its own step into the future in September 2010 when EPB Fiber Optics, the city’s municipally owned network, announced that it was offering one of the fastest Internet speeds in the world – 1 gigabyte per second. That’s around 100 times faster than what most Americans experience today. It is unquestionably a great stride forward, but at $350 a month, its effect on overall economic development, at least for now, may be limited.

Kansas City, Missouri, on the other hand, may attain similar speeds at lower prices. In March 2011, Google announced that it had chosen Kansas City for a rollout of its newly designed ultra-high-speed fiber optic network. The company said that it simply wanted to “make the web better for users.” And those extra-high speeds surely will. Just as the jump from dial-up to broadband brought an explosion of new services, products, and opportunities to the web, one can only imagine what the next leap will bring.

It is heady stuff to contemplate – as long as you are not living in Pocatello, Idaho. That city has the dubious distinction of being saddled with the slowest download speeds in the country, according to a study this year by Pando Networks. Idaho’s state average is also the slowest in the country, at 318 kilobytes per second. Beyond Idaho, there is plenty of competition for slow speeds and inadequate broadband infrastructure, in rural and urban areas alike.

Some have argued that high-speed web access is a need as fundamental as electricity, or even water. No one will die without it, of course, yet it is nevertheless important enough that everyone should have access to it. But speaking of water, another city, Mumbai, India, provides a darker analogy to the digital divide in America. Residents of Dharavi, once the largest slum in Asia and now estimated to be the fifth largest slum in Mumbai, pay about 10 times more for a gallon of water than people who are not slum dwellers. Essentially, there is a tax imposed on a slum that lacks the infrastructure of pipes to carry the water.

Decades ago, America ensured that the poorest areas of the country received crucial utilities like water and electricity. Yet today, rural states like Alabama and Idaho lag dismally in connectivity, just as Dharavi lags in plumbing.

“This is about our overall competitiveness,” Jonathan Adelstein, administrator of the federal government’s Rural Utilities Service, told The New York Times this year. “Without broadband, especially in rural areas, kids might not reach their full potential. And we can’t expect to be competitive in a global economy.”

At least one rural, mountainous state has been trying to transcend its broadband challenges. West Virginia, with a $126 million stimulus grant, is striving for ubiquitous broadband connectivity. “Our grant is the first of its kind and is a model for the entire nation,” Former Governor Joe Manchin said last year. The state estimates that ubiquitous broadband would result in 12,000 new jobs annually and $600 million in annual economic impact, along with educational, medical and social gains.

Historically, presidents have driven bold investments in essential infrastructure initiatives. President Lincoln with the transcontinental railroad and President Eisenhower with the interstate highway system were but two. These investments may have been initially motivated by security concerns, but the economic advantages were obvious. So, too, with broadband infrastructure.

President Obama has called for a $30 billion infrastructure bank to finance important upgrades in the old brick-and-mortar infrastructure as well as creating the crucial fiber and wireless networks that will allow us to compete in this century. But Congress has argued over such a bank for years.

In the Senate, John Kerry, the Massachusetts Democrat, and Kay Bailey Hutchison, the Texas Republican, have proposed creation of an American Infrastructure Financing Authority, with an initial infusion of $10 billion in federal funds extended to projects that could pay for themselves in time. Broadband initiatives would certainly fit the bill.

As an era of 9 percent unemployment grinds on in the United States, the potential economic payoffs from such an initiative should be clear. Especially considering that some job opportunities are not being made available to many of the long-term unemployed. One reason is a lack of up-to-date education and job skills. In the case of machine tool manufacturing, for example, the ability to work with computer numeric controls in the manufacturing process is essential. But without broadband access, acquiring those skills is ever more difficult. In the meantime, job openings in machine tool manufacturing go unfilled.

The greatness of the Web has always been its crazy-quilt, free-form evolution. It may be an unruly, many-headed Hydra frightening tyrants and tempting governments and international bodies to impose restrictions and controls. But the web is a rapidly expanding galaxy of ideas, concepts, and information that thrives on the collective chaos of human creativity. Like humanity itself, it can dazzle, inspire, and open new opportunities. Or it can distract, misinform, and waste time.

But for better and for worse, the web has become the very fabric of human evolution and communication. And all citizens of the world should have a right to partake, regardless of “race, color, sex, language, religion, political or other opinion, national or social origin, property, birth, or other status.”

That is the language of the 1948 U.N. Declaration of Human Rights, written before the Internet had even been imagined in science fiction. Today, the language of freedom inevitably leads to the web. Whether for young Arabs risking their lives in confronting despots or for poor Americans dreaming of a better life, broadband connectivity has become the key to human freedom and dignity.

It needs to be guaranteed for all.