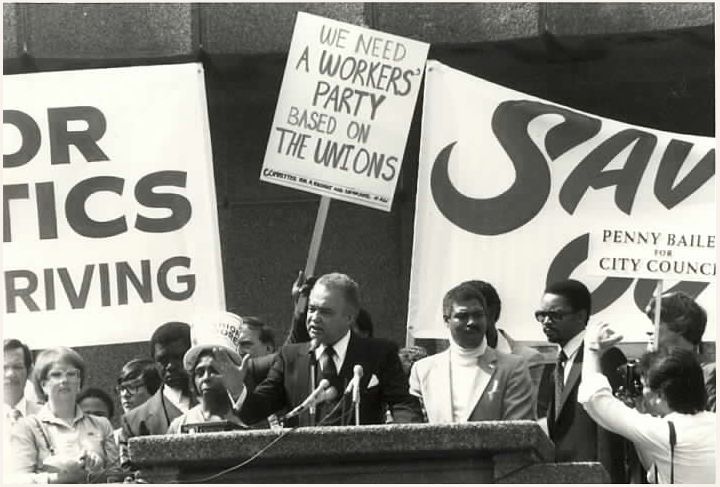 The City of Detroit filed for bankruptcy last Thursday, becoming the nation’s largest Chapter 9 filing in terms of both debt volume and population affected. The estimated debt, which includes unfunded pensions and other long-term employment benefit liabilities, is estimated to stand between a whopping $14 billion and $20 billion.

In the wake of the announcement, a slew of pundits from around the globe have tried performing autopsies on Detroit, attempting to identify the cause of death and bandying the city about as a poster child for both conservative and liberal economic policies run amok.

Conservatives point to a lazy auto industry that was further ham-tied by demanding unions. These critics paint Detroit as a city with a bloated government bureaucracy, perpetuating a sense of entitlement and breeding a culture of dependency.

At the same time, liberal pundits call Detroit the prototypical example of big business pillaging a working-class community. They describe Detroit running a race-to-the-bottom, offering tax incentives for the Big Three — a strategy that led to the leveling of entire neighborhoods to build assembly plants — only to have the Big Three leave anyway. Federal culprits such as NAFTA and subsidized highways to the suburbs are also cited in the coroner’s report.

All of these narratives are true, yet they all miss a pertinent reason why Detroit should be reflected on, and ultimately mourned, by the rest of the country: Detroit’s bankruptcy is the death knell of a social justice dream.

Detroit was once dreamt as an American utopia of class equality and beacon of black power. No one gave more shape to this dream than the city’s first black mayor, Coleman Young. As Young mentions in his 1994 autobiography, the goal of “full employment and equal opportunity for all” should be “shared commonly between all jurisdictions and races.” Throughout his 20 years in office, Young’s various big-government and pro-business economic strategies pursued this end — seeking to ensure as many Detroiters as possible were employed with decent-paying jobs.

Detroit’s bankruptcy ultimately spells out that the dream is unachievable, as it gives fodder to arguments that redistributive polices and a strong social welfare net are fiscally untenable. It speaks to a sad state of affairs for American progressivism.

Of course, the dream seemed very real at one point. As the cradle of the American middle class, Detroit established a culture of economic redistribution early on. When Henry Ford offered $5 for an eight-hour workday in 1914, he doubled the wage norms of the time and granted thousands of uneducated laborers the ability to buy into the American Dream. Though some corners of contemporary public opinion call unions outdated, what baffles many Detroit workers even to this day is why they must routinely concede their ability to live comfortably while the salaries of executives continue to increase.

By the time Young was elected in 1973, racial equity was added to the previous dream of economic equality. Seen as an extension of the Civil Rights Movement, Detroit was to become a global demonstration of black empowerment and a symbol of triumph in the face of centuries of racial oppression. But the opportunity for empowerment came from a bittersweet source: white flight.

The extent of Detroit’s white flight is staggering. In 1950, there were 1.6 million whites living in Detroit. By 2000, 1.5 million of them had left. In that same time, the black population more than doubled. Consequently, Detroit’s population has been more than 80 percent African American for decades. Feeling abandoned, Detroit’s black leaders dreamed of a new class of black entrepreneurs and instilled government contracting practices that favored minority-owned and Detroit-based businesses in an attempt to achieve this goal.

However, there was a simultaneous acknowledgement that a new class of African-American entrepreneurs would be difficult to achieve with a population of under-educated and low-income residents. Hoping to build minority wealth over generations, Young created various public employment opportunities. During his tenure, many city employees were hired through affirmative action and other race-based practices, each with generous pension and benefit packages. In retrospect, incurring massive pension liabilities appears patently absurd, but at the time it was an economic development strategy just as much as an equity-inspired one.

In Young’s view, trickle-down economics could never bolster employment as much as government jobs or public works. This quasi-Keynesian theory of municipal economics, extolling the virtues of jobs above all else, was an effort to shore up a new wave of middle-class earners in Detroit, and an increasingly African-American one at that.

Ultimately, the dream of racial and class equality proved unfeasible amid the pullback of federal support through Reaganomics, international free-trade movements and modern-day austerity measures.

What really killed Detroit is that it tried to encourage class equality in a changing American economy (and culture) that not only accepted but exacerbated the income gap between rich and poor. Recalcitrant to accept this shift, Detroit proves that a city alone cannot provide a social welfare net.

Sam Butler is an urban planner living in Detroit and a member of the 2010 Vanguard class.