Three Lessons From the Rust Belt on Growing a Healthy City 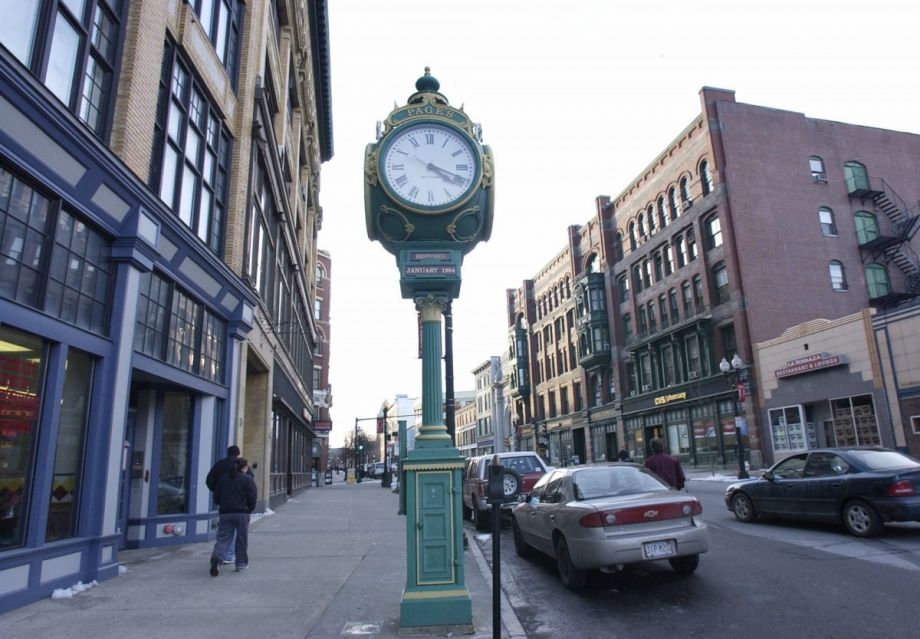 From the banks of the Connecticut and Delaware rivers, inland across the Appalachian Mountains and midwestern flatlands to the shores of Lake Michigan, dozens of cities once rose together to make the United States an industrial superpower. Among them are not only big cities like Detroit and Philadelphia, but also many smaller ones whose size belies their massive contribution to our economy and culture.

They include Lowell, Massachusetts, cradle of the American Industrial Revolution, Dayton, Ohio, home of the Wright Brothers, and Gary, Indiana, birthplace of the Jackson 5, to name just a few.

Today, these smaller “legacy cities” represent both promise and peril. They are places of innovation, grit, and civic spirit — beacons for immigrants seeking a better life. But they are grappling with some of the biggest challenges facing the country at large, from lost productivity to deepening inequality. In the face of sweeping economic transformation, the path we chart for these cities will say much about our nation’s character — and future.

The Rust Belt’s deindustrialization is well documented. Beginning in the mid-20th century, the textile factories, steel mills, and auto plants that once defined the region closed or downsized. Jobs migrated to the Sun Belt and overseas, and automation took hold. Large swaths of the population pulled up stakes, and the impacts rippled out to main streets and residential neighborhoods.

The loss of major industries also hurt cities in more subtle ways, by depriving them of a broad cohort of civic leaders that were once woven into their communities’ social fabric. Today, as smaller legacy cities take steps to regenerate, their continued success depends on rebuilding civic capacity and talent across the public and private sectors. They can do that best with a sustained commitment of resources by states, which need to recognize the importance of smaller cities to their future.

These are the conclusions of a new report by the Lincoln Institute of Land Policy and the Greater Ohio Policy Center, “Revitalizing America’s Smaller Legacy Cities: Strategies for Postindustrial Success from Gary to Lowell,” which tracks the progress of 24 smaller postindustrial cities in Michigan, Indiana, Ohio, Pennsylvania, New York, New Jersey, and Massachusetts.

The cities range in population from 30,000 to 200,000 and face unique challenges, but they have more in common than they differ. They each rose to prosperity amid a wave of international and domestic migration, and many continue to recognize the role of immigrants in their resurgence a century later. They all want to attract young professionals and startups while nurturing their existing residents and businesses. And unlike their larger counterparts, they lack many of the big anchor institutions — corporations, universities, hospitals and philanthropies — that that might otherwise lead their regeneration.

Some cities have already begun to rebuild the civic capacity needed to improve the local economy and quality of life. We will release a toolkit with strategies in early 2018, building on a few core approaches that have worked thus far, including:

Build pipelines for new talent. Talented young professionals often gravitate toward bigger metropolitan areas, but smaller legacy cities have their own value: the chance for greater impact. Several cities have established fellowships and other programs to funnel students or recent graduates into local government or businesses; in South Bend, Indiana, the nonprofit group enFocus has built on the city’s proximity to Notre Dame University, placing graduate fellows in local organizations and pairing them with mentors as they tackle consulting and community projects.

Create cross-sector teams. In some cities, private-sector leaders have joined local elected officials and city administrators to lead revitalization efforts. In the early 1990s, leaders in Grand Rapids, Michigan, assembled more than 50 people from across the city to develop a new plan for its downtown. Today, Grand Rapids is a top performer among its peers, as measured by job growth, strength of the housing market, and educational attainment.

Shake up City Hall. Leadership starts with a city’s primary public institution: local government. In Hamilton, Ohio, the City Council recognized the need for a fresh perspective and recruited a city manager from Wisconsin to lead an overhaul of the way the government did business. The new city manager helped break down siloes between departments and increased collaboration with the private sector and other governments in the region.

Once communities have the right leadership in place, they can focus on other revitalization work — rebuilding a strong downtown, embracing an authentic sense of place, stabilizing distressed neighborhoods, and expanding opportunities for low-income workers. An assortment of smaller legacy cities have already taken such steps. Allentown, Pennsylvania, built on its proximity to New York City to grow by more than 10 percent in the last 15 years and surpass its previous peak population, and Albany, New York, has joined neighbors Troy and Schenectady to create the “Tech Valley.”

It is worth nothing that in many cases, states have played pivotal roles in cities’ revitalization. New York and Massachusetts have provided direct grants, economic incentives, and technical assistance to help cities rebuild civic capacity and Michigan’s MIplace initiative promotes placemaking to attract and retain talent. States will need to double down on these types programs so that smaller legacy cities can thrive.

Such initiatives are well worth the investment. Smaller cities remain critical to state and regional economies. For example, nearly a third of Ohioans live in smaller legacy cities or their suburbs, and just eight of the smaller metropolitan areas produce more than 25 percent of the state’s economic output. Conversely, local struggles extend beyond municipal borders, evidenced by the state and federal investment needed to repair water infrastructure or treat opioid addiction.

Finally, smaller legacy cities stand at the center of the national struggle with inequality. They have a greater percentage of middle-class residents than the nation, but they are losing them at a faster rate as high- and low-income populations grow. Left unchecked, disparities of income and wealth will continue to take physical form, carving out neighborhoods without access to jobs, transportation, and clean air, and undermining social stability.

Smaller legacy cities have been part of some of America’s most historic achievements, from Lowell’s role in the women’s suffrage movement to Youngstown, Ohio’s contribution to the Allied victory in World War II — manufacturing what President Roosevelt called the “arsenal of democracy.” Building a prosperous future in these cities would affirm the imagination, hope and determination that have propelled America forward since its founding.

Armando Carbonell is Senior Fellow and Chair of the Department of Planning and Urban Form at the Lincoln Institute of Land Policy, a nonprofit organization that seeks to improve quality of life through the effective use, taxation, and stewardship of land.

Torey Hollingsworth is author of Revitalizing Smaller Legacy Cities and Manager of Research and Policy at the Greater Ohio Policy Center, a statewide nonpartisan nonprofit organization with a mission to champion revitalization and sustainable growth in Ohio.