Who’s Moving Into and Out of Washington, D.C. – Next City

Who’s Moving Into and Out of Washington, D.C. 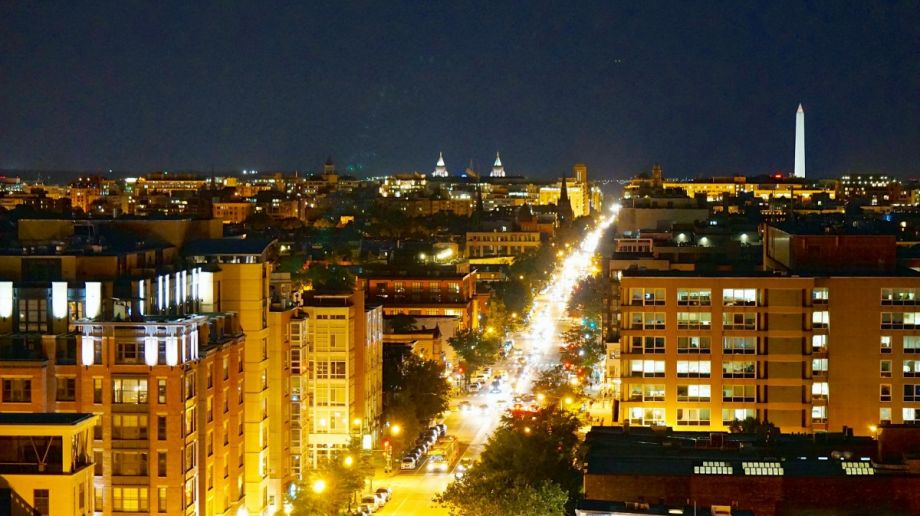 Construction workers, cashiers and janitors are moving out of Washington, D.C., while doctors, economists and software developers are moving in. As the cost of housing increases in the city, it’s part of a larger trend, says the District of Columbia’s Office of Revenue Analysis (ORA), which has low-wage workers fleeing for the suburbs, and higher-wage workers flocking to urban cores.

Of the 800,000 people who work in D.C., only about 30 percent live in the city proper. Historically, low-wage workers have been more likely than mid- or high-wage earners to live in city limits. But that’s changing. ORA’s new data analysis shows that about 43 percent of low-wage D.C. workers lived in the city between 2005 and 2009, whereas only 39 percent did between 2010 and 2014. During the same time period, mid-wage earners living and working in D.C. increased from 28 percent to 30 percent, and high-wage earners increased from 24 to 27 percent. 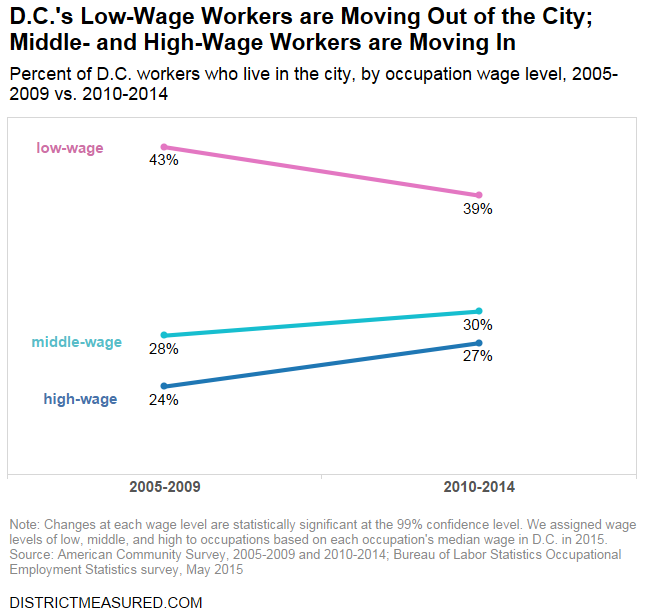 ORA defines low wage as annual earnings in the bottom 25 percent of median wages across D.C., or below $44,000. High wage is above $86,000. Using census data, ORA mapped out where in the city people of different professions reside. 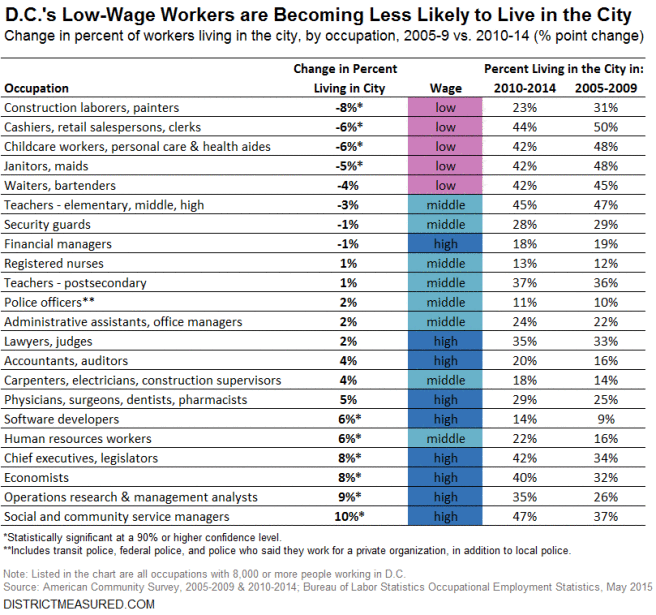 Security guards and elementary, middle, and high school teachers — all mid-wage earners, the group between $44,000 and $86,000 — also left the city during this time period. Teacher residency decreased by 3 percent and security guard residency by 1 percent. Financial managers were the only high-wage earners to register a net migration out of the city.

In-migration, on the other hand, is dominated by high- and middle-wage workers with vague job titles. “Social and community service managers” saw a net increase in city residency of 10 percent. “Operations research and management analysis” professionals saw a 9 percent increase. Both are considered high-wage jobs. Economists, legislators, chief executives, accountants, lawyers and judges all moved to the city as well.

As an ORA blog post points out, that means in under a decade, the workers most likely to live in the city shifted from cashiers and retail salespeople (50 percent between 2005 and 2009) to “social and community service managers” (47 percent between 2010 and 2014). Teachers, cashiers and janitors still remain the next mostly likely to live in the city, in that order, followed by chief executives and legislators, and childcare workers and personal care and health aides. Police officers are the least likely to reside in the city, at a rate of just 11 percent.

According to a recent Atlantic article, monthly rent in D.C. has increased by between $50 and $400 from 2002 to 2013. During that same time period, the number of apartments that cost $800 or less decreased by half.