Feeding Cities: Learning from Each Other – Next City

Feeding Cities: Learning from Each Other 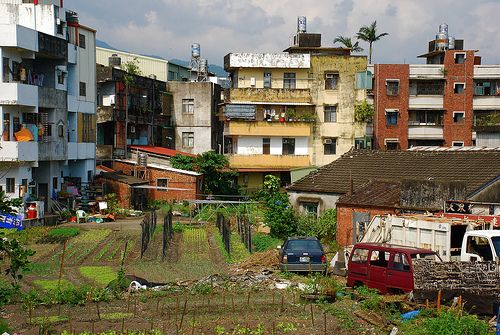 One panel at Feeding Citeis today intentionally tried to bridge the Global North and Global South. It’s clear that we have a lot to learn from each other.

Olufunke Cofie of the Resources Center on Urban Agriculture and Food Security (RUAF) kicked us off, emphasizing the importance of urban agriculture as a buffer to ensure local food security in a changing climate and vulnerable market. That’s real: In the face of a market- or extreme weather-related shock, urban and peri-urban agriculture can make the difference between starvation and survival for vulnerable communities. Cofie suggested that a charter for Feeding Cities include a statement on urban and peri-urban agricultural production aiming to produce between 10 and 20 percent of food consumed in cities.

How’s that going to happen? Cofie talked about an iterative, multi-stakeholder process that RUAF undertakes to ensure community and governmental buy-in to make urban agriculture a priority. She shared examples from Ghana, Peru and Sri Lanka, where major cities have embraced urban agriculture by bringing together farmers, farmer cooperatives, universities, ministries, workers unions and planning departments.

I swooned with envy — my own city of Oakland is making progress, but it’s a long way from municipal departments embracing urban agriculture or protecting land within city limits for agricultural production.

Apparently, I wasn’t the only one swooning. Domenic Vitellio, panelist from the University of Pennsylvania School of Design, concurred, “The Global North has a lot to learn from RUAF’s multi-stakeholder process.”

He went on to relate how municipal departments in Philadelphia work in silos, even as they are starting to see the benefits of urban agriculture. Rather than work together to ensure its success, each department, from Redevelopment to Parks and Recreation, are fighting to have urban agriculture decisions housed within their own department.

Don’t get me wrong. Food Policy Councils like my own, and many in other cities, are bringing stakeholders together to develop sound urban food strategies. But as Vitiello attested, sometimes food policy councils become a way for the city government to “look good without doing much.” They can only remain accountable in their diversity.

Nevin Cohen from The New School reminded us of the greater complexities here in the U.S. Not only do we undervalue food, which means redevelopment takes precedence over agricultural land preservation, but we also have complicated race and class relationships that are often perpetuated within, and through, the burgeoning urban agriculture movement in the U.S. — particularly as related to land access, tenure and a flawed funding process.

In fact, despite the fact that most community gardens and urban farms in the U.S. are located in communities of color, not one of our panelists from the U.S. was a person of color or an urban agriculture practitioner.

We have a lot to learn, and we need to learn from each other. RUAF is planning a new initiative to both provide technical assistance and build a learning community among and between cities in the Global North and the Global South. We’re all stakeholders in achieving food security, and maybe we can engage and grow together.