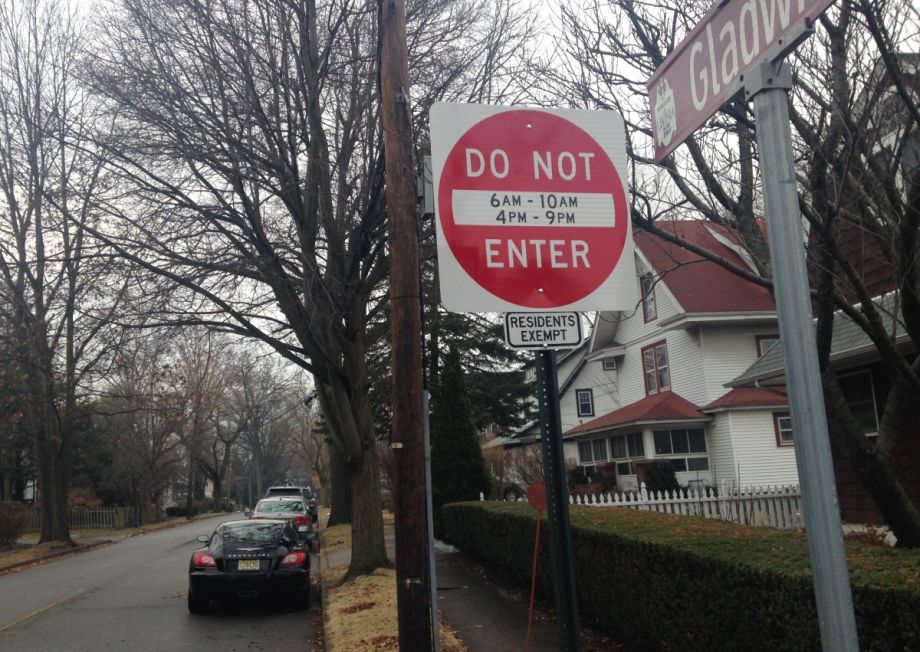 A “Do Not Enter” street in Leonia, N.J. (AP Photo/David Porter)

They didn’t have to wonder long.

On January 30, a resident of nearby Edgewater, New Jersey, filed a complaint accusing Leonia of “infringing on her access to public roads and violating the public’s right to freedom of travel,” NorthJersey.com reports.

“Thousands of people are impacted by this and someone needs to have this ordinance overturned,” Jacqueline Rosa said of her decision to file the suit. “If every town did what Leonia did, it would be absolutely ridiculous. Every single person would have to use a highway to get anywhere.”

Leonia, situated near the George Washington Bridge, is no stranger to congestion, as Next City reported last month. But apps like Waze and Apple Maps have worsened the problem by directing commuters en masse onto Leonia’s residential streets.

Leonia’s response: Close those streets to commuters. On Jan. 22, city leaders banned thru-drivers from using 60 streets during certain morning and evening hours and threatened violators with a $200 fine.

Their move was a more extreme take on other efforts instigated by frustrated officials. In May of 2017, city leaders in Los Altos Hills, California, erected prohibitive signs on three popular short-cut roads. The signs did influence how Waze directed traffic — the app no longer instructed drivers to take those routes. But other nearby cities declined to adopt the tactic, because it would be difficult to enforce on a network of roads overseen by various public entities — some of them city, some county, some state.

Rosa’s suit taps into those overlaps, the New Jersey Law Journal reports. She claims that the city’s “failure to obtain approval from the state Department of Transportation before enacting the suit is grounds for it to be invalidated because many of the local streets intersect with state and federal highways.”

Leonia Mayor Judah Zeigler said he couldn’t comment on the pending litigation, according to NorthJersey.com, but “emphasized that the borough’s traffic initiative, instituted last week after years of commuters cutting through the borough to get to the bridge, is in the early stages and open to adjustments.”