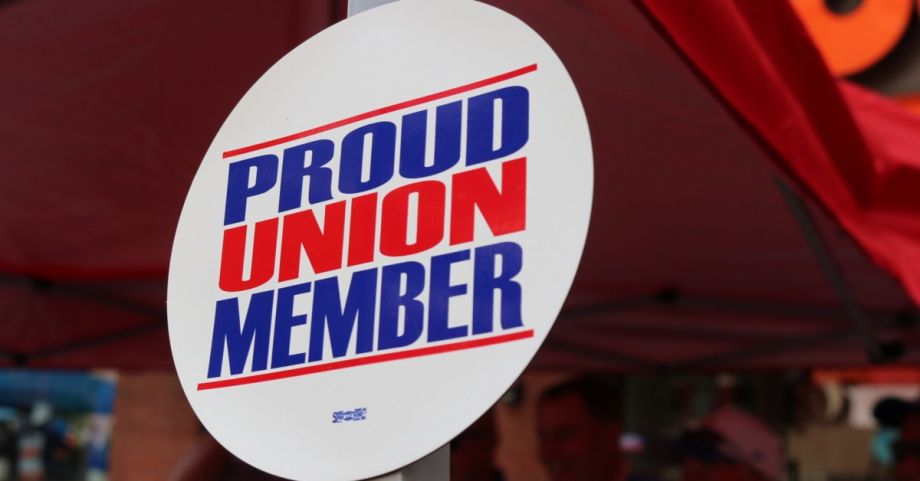 Employers routinely “threaten, intimidate, and harass workers” to stop them from forming unions, and much of it is perfectly legal, a new report from the left-leaning Economic Policy Institute reports.

These tactics can turn what seems to be overwhelming support for unionization into a “no” vote in just weeks, the report said.

The right to unionize is supposed to be protected by federal law, but employers use a mix of legal and illegal tactics to sway workers to vote against unionization. For example, the report cites these frequently employed (and technically legal) employer tactics:

· Forcing employees to attend daily anti-union meetings where pro-union workers have no right to present alternative views and can be fired on the spot if they ask a question.

· Plastering the workplace with anti-union posters, banners, and looping video ads—and denying pro-union employees access to any of these media.

· Instructing managers to tell employees that there’s a good chance they will lose their jobs if they vote to unionize.

· Having supervisors hold multiple one-on-one talks with each of their employees, stressing why it would be bad for them to vote in a union.

· Having managers tell employees that pro-union workers are “the enemy within.”

· Telling supervisors to grill subordinates about their views on unionization, effectively destroying the principle of a secret ballot.

The report offers an illustrative case study in Macon, Georgia: Kumho Tires’ first U.S.-based plant promised employees $45,000 a year, but started salaries at $15/hour; employees routinely worked without safety equipment and were subject to termination at whim. After an early union organizing campaign in which 250 employees, or 80 percent of the plant’s workforce, had signed union cards in six weeks, management hired a “union avoidance firm” that instituted daily, mandatory, 90-minute anti-union meetings. One month later, only 43 percent of employees had voted to unionize.

Makisha Boothe witnessed the struggles of being a Black woman and a small business owner and decided to create Sistahbiz Global Network in 2017. Through this network, Boothe guides other Black women on how to build and maintain successful businesses. She also offers loans to launch small businesses.

To help bridge the funding gap, Boothe and her company turned to CEDS Finance to launch the Sistahbiz Loan Fund earlier this year, what Boothe says is the country’s first small business loan fund dedicated to Black female entrepreneurs. Current and prospective business owners can apply for a loan ranging from $500 to $50,000, with interest rates of seven to 11 percent.

Fundable reports that 38 percent of new business owners rely on friends and family as a starting capital to launch a business.

Boothe says the Black community tends to have a smaller network, which limits access to capital, and a lack of collateral property — both barriers to securing a sustainable business.

“The wealth gap prevents us from getting to the stage where [venture capital] would even entertain us or where our businesses are scaleable or profitable,” Boothe told Denver’s Mile High Magazine.

Black business owners in Colorado aren’t the only ones facing the wealth gap. The Runway Project in Oakland also provides Black entrepreneurs “friends and family financing” loans, as Next City has previously covered.

Lisa Young plans to apply for the Sistahbiz Loan Fund to expand her consulting firm.

“The loan will enable me to be more sustainable,” Young told Mile High, adding, “It’ll give me the opportunity to be more strategic instead of waiting and hoping that money will come in.” — Eddi Cabrera Blanco

As Next City has previously reported, the COVID-19 shutdowns and social distancing mandates have disproportionately harmed minority-owned businesses in the U.S. Yet at the same time, in the wake of continuing protests after the police killings of George Floyd, Breonna Taylor and others, support for Black-owned businesses is higher than ever.

Google Trends data dating back to 2004 shows that searches for “how to find black-owned businesses in your area” hit an all-time high in June. And Yelp’s Economic Average Report reveals that from May 25 to July 10th there were more than 2.5 million Yelp searches for Black-owned businesses. This compares to the only 35,000 searches for last year at the same time — an increase of 7,043 percent overall.

Certain retailers are experiencing exceptionally high demand. Yelp also reports a 1,437 percent increase in consumer searches for Black-owned bookstores, a jump the company speculates could mean more people want to expand their knowledge on the social justice impediments that the Black community faces.

On the local level, Black-owned bookstores have also reaped the benefits of increased demand for anti-racist literature. Turning Page Bookstore, in Goose Creek, South Carolina, says after a temporary pandemic-related shutdown this spring, orders began to pour in, beginning with selling 25 copies of Robin DiAngelo’s (somewhat controversial) “White Fragility” in just one day.

Other books on anti-racism continue to climb the New York Times Bestsellers List. Books addressing racism such as Richard Rothstein’s “The Color of Law” and Ibram X. Kendi’s “How To Be An Antiracist” have spent multiple weeks on the top 15 bestsellers list.

The Black-owned food and restaurant industry is seeing increased attention as well. Yelp reports that searches for Black-owned bakeries and ice cream shops have seen a 56 percent increase.

Slade’s Bar and Grill, in the historically Black Boston neighborhood of Roxbury, says online gift card and takeout orders are also on the rise.

As Black-owned businesses appreciate consumer support, they also are struggling to keep up with demand.

According to CBS News, businesses such as OneUnited Bank and Reparations Club bookstore are issuing notices to its customers explaining that slow response times are because of a massive surge in consumer support.