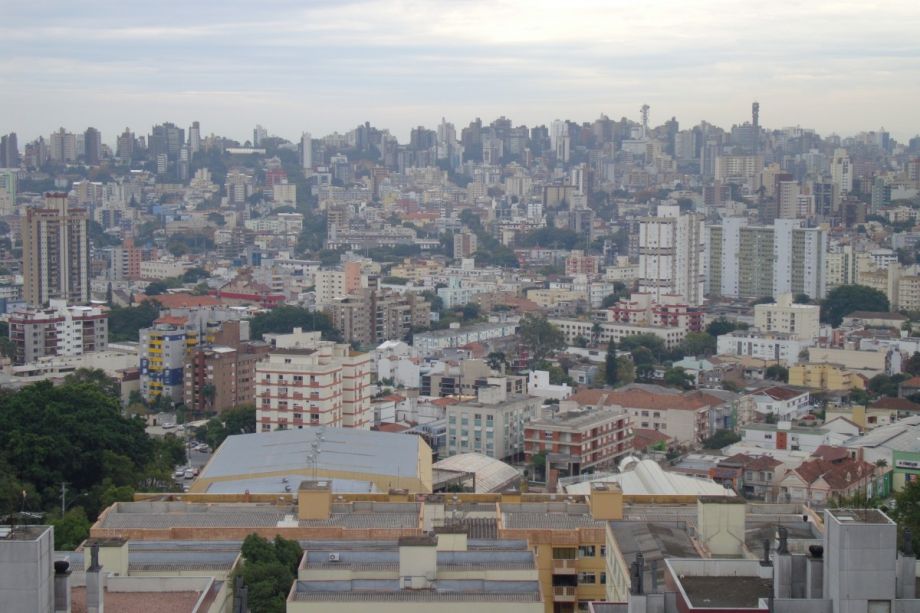 While the meteorological jury is still out about what, exactly, happened in Porto Alegre last Friday, a storm clocked wind speeds of at least 75 mph, the minimum threshold for a Category 1 hurricane, but came with the suddenness of a tornado. The storm cut power to 300,000 people and knocked out 3,500 trees in a city proud of its canopy. Arriving late on a Friday night, the storm fortunately caused no deaths.

“The soul of the city was hit,” says a morose Cezar Busatto, chief resilience officer for the southern Brazilian city of 1.5 million. “Nothing like this has ever happened in the city.”

Just two days prior, Busatto was buoyant as he presided over Porto Alegre’s rollout of its first-in-Latin-America resilience strategy, part of the Rockefeller Foundation’s 100 Resilient Cities project. At the event, Mayor José Fortunati also pledged 10 percent of the city’s budget to resilience projects and planning.

“Resilience is no longer an unknown concept here,” Busatto says. “Today it’s clear to the entire city that we need to strengthen our resilience to risks.” Coming on the heels of a flood last October that was Porto Alegre’s second worst in its history, the storm underscored the importance of the new plan.

Porto Alegre’s resilience strategy has six focus areas, some covering familiar terrain in Latin America. They include working toward a “culture of peace,” which Medellín, Colombia, has cultivated since the 1990s. Peru and Ecuador have pioneered land tenure regularization, another Porto Alegre objective, in Lima and Guayaquil. And as the city pursues another item on its list, quality mobility, they might look to Curitiba and Bogotá. Both accelerated urban mobility with landmark bus rapid transit systems. But Porto Alegre’s approach to resilience stands out for two homegrown ideas.

First, to design the new strategy, the city relied on its heralded process of participatory budgeting. The policy, whereby the city is divided into 17 regions and everyday citizens have a say in how municipal funds are allocated among them, put the city on the map in the 1990s.

Securing buy-in from left-wing Porto Alegrenses was not easy. “‘Resilience’ was a bit strange or even suspicious at first,” explains Busatto. “The name ‘Rockefeller’ is identified with the U.S. and imperialist interests.”

The project team made a conscious effort to solicit ideas directly from the participatory budgeting regions rather than show up with their own preconceived plans. They succeeded by making it clear that this was not a political effort. “It’s not a project with a politician behind it, it’s a community project,” Busatto says. To prove that point, his team recruited university and NGO partners early on that served as community liaisons and were encouraged to take ownership of the resilience planning effort.

The strategy’s other major innovation focuses on economic diversification. Brazil’s national economy is lagging as commodity prices drop, but Porto Alegre hopes its future depends less on soybeans and more on software. To that end, the strategy emphasizes the creation of a dynamic innovation ecosystem, especially by revitalizing a swath of industrial land near downtown called the 4th District.

Nevertheless, the strategy has its critics, even if the concept has wide support. “The initiative to transform Porto Alegre into a resilient city is an enormous challenge that deserves our support and collaboration,” says Tiago Holzmann, president of the Rio Grande do Sul chapter of the Brazilian Institute of Architects. “However, we question how successful this effort will be if it is led by a fragmented administration with contradictory interests and a complete neglect for integrated long-term planning.”

Ensuring continuity is indeed one of the resilience team’s main goals. “That has concerned us since day one,” Busatto says, mindful of October elections that will replace term-limited Fortunati. For starters, the team worked with university researchers and outside consultants to develop a resilience index for city hall as a nonpartisan benchmark. The city’s inaugural score is 59.4 out of 100, with the hope that future administrations will see it as a goal to improve upon, rather than a policy tied to a specific mayor.

Enshrining resilience into law will also help institutionalize the practice. This year, the city’s resilience leadership hopes that city council will pass a proposed “municipal law on resilience” to bind city government to the index and other commitments, like engaging in resilience planning through participatory budgeting. Already, however, members of the team are thinking about resilience on a metropolitan scale. “It isn’t possible for neighboring municipalities to adopt Porto Alegre’s resilience strategy, even though they were participating actors in the process,” laments Patrick Fontes, the city’s deputy chief resilience officer. To rectify that dilemma, the team is simultaneously pushing Rio Grande do Sul to adopt a proposed state law of resilience that would mandate every municipality in the state to undertake a resilience planning exercise.

Last week’s storm may have put resilience in sharper focus for Porto Alegre, but it’s hardly unique to the city. Communities in the state of Minas Gerais, for example, are still reeling from a November dam collapse near a mining operation that poisoned a major river with arsenic and mercury. “This is a universal issue,” Busatto says. “Who knows, maybe one day we’ll have a national resilience law.”