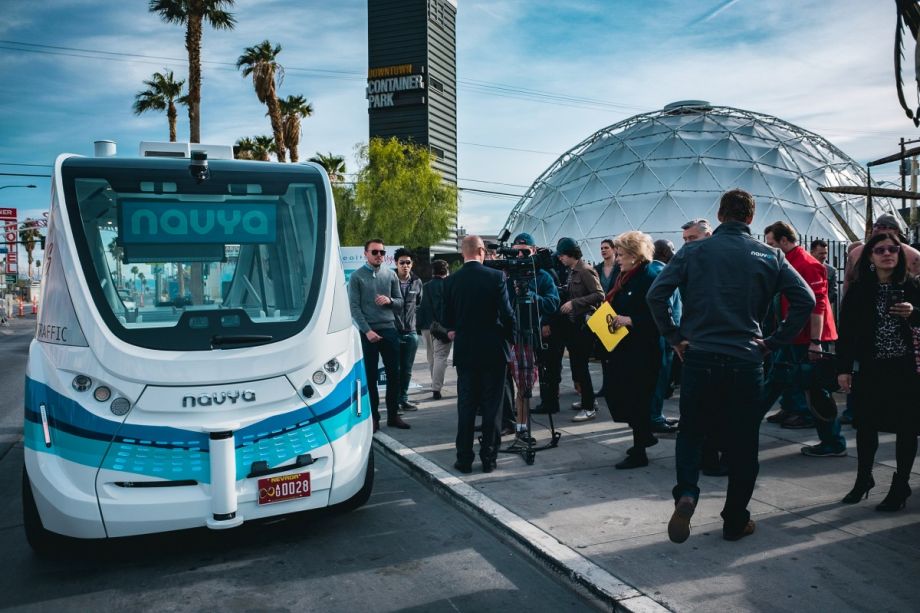 One of the driverless buses in Las Vegas (Photo by s.savanapridi for the city of Las Vegas)

A fully self-driving bus took a trip through Las Vegas Tuesday — a trial for what could become the first driverless bus fleet in the U.S., the Las Vegas Sun reports.

The electric buses, developed by Paris-based company Navya, hold a dozen passengers and operate at speeds of up to 27 mph. They use GPS technology to navigate and radar technology to detect and avoid obstacles in the road, and can last from five to 13 hours between charges depending on traffic conditions and other factors.

The buses will be free to ride until the trial ends on Jan. 20, and then could be back on the road in full effect by late summer to early fall. During the two-week trial, the shuttles will be limited to speeds of 12 mph and making trips with normal traffic along East Fremont Street between 10 a.m. and 6 p.m.

The high-tech fleet doesn’t come cheap. Each bus and its services will cost about $10,000 a month, but the city hopes advertising revenue will foot much of the bill.

Navya’s driverless shuttles have already been in use in France since late 2015, and have transported more than 100,000 people. A number of cities outside the U.S., including Helsinki, Singapore, and Zhengzhou, China, have also tested autonomous bus systems.

While no U.S. city has yet to deploy self-driving buses, a region just east of San Francisco announced in 2015 that they would test self-driving shuttle buses as a solution for first mile/last mile travel between transit hubs. The trial has been delayed, but is expected to kick off this year.