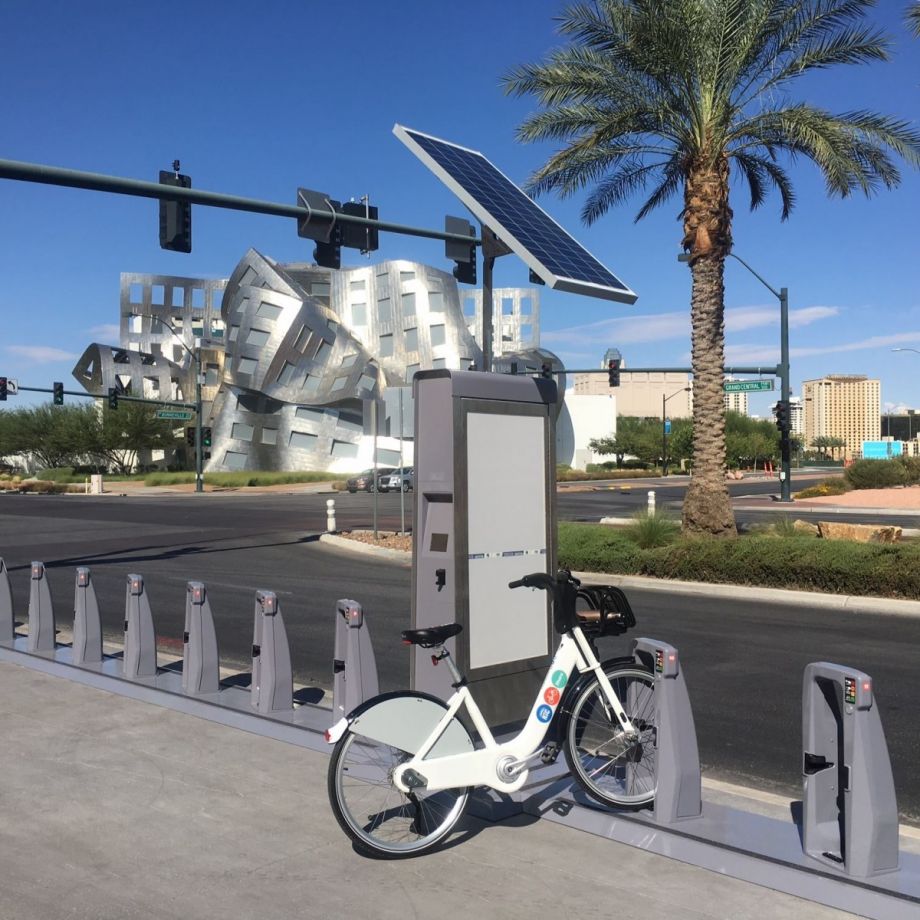 Las Vegas launched its first bike-share system Friday with 180 bikes at 21 stations across downtown in a soft opening, the Las Vegas Review-Journal reports. The official start date will be in October.

The program is overseen by BCycle, the same company that operates bike-share systems in Los Angeles, Philadelphia and Houston. The bikes will cost $4 for 30 minutes, $8 for 24 hours or $20 for a monthly pass, payable at one of the solar-powered kiosks with a credit card or through the Regional Transportation Commission of Southern Nevada’s new transit app. The app, RideRTC, also shows kiosk locations and the number of available bicycles.

A $1 million federal grant covered 95 percent of the costs for the bicycles, equipment and payment software, and RTC paid for the rest. It will cost about $63,000 monthly to maintain the program. David Swallow, RTC’s senior director of engineering and technology, told the Review-Journal that those costs will be covered by membership fees and business sponsors.

Many of the kiosks are along or near downtown’s new green bicycle lanes. Swallow says the bike-share will help with first mile/last mile connections to public transit. The bike-share aligns with the goals outlined in the city’s Master Plan released in April, which calls for more public transportation options, as well as a denser, more vibrant urban core. Plans are also moving ahead for a light rail connecting downtown to McCarran Airport, UNLV, Fremont East and the medical district, and free WiFi is rolling out for bus riders soon.