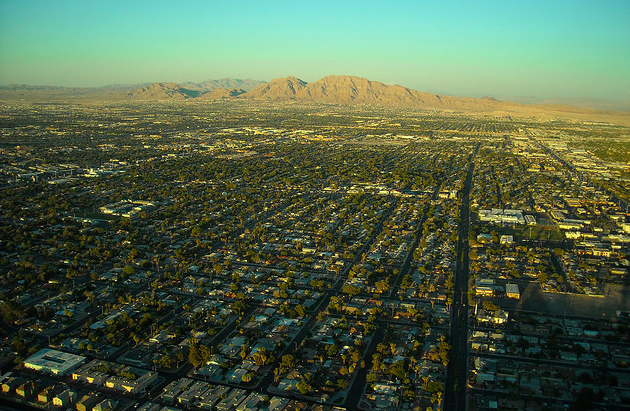 Preservation and the eternal are not things usually associated with the City of Sin and all its fleeting pleasures. Despite the flashy draw of Las Vegas nightlife, however, city council is underscoring that the town isn’t just about an ever-adapting tourism market, but offers longstanding historical pockets as well.

The city is currently eying six neighborhoods built in the 1940s for nomination for designation on the National Register of Historic Places. The Las Vegas Sun reports the houses that characterize these neighborhoods represent the city’s transition from a desert outpost.

“It’s important to have ownership of your community,” Courtney Mooney, Las Vegas’ historic preservation officer, told the Sun. “When things change all the time, people tend to lose that historical anchor.”

Among the possible neighborhoods are Biltmore, Charleston Square, Eastland Heights, Huntridge, Mayfair and Sebec Acres. Charleston Square has some historic pull because of its initial role as a housing development for returning World War II vets, though Eastland Heights is significant for one of its founders, Van Eastland, who moved to Las Vegas to work on the Hoover Dam.

Biltmore and Sebec Acres have several older properties that have been relatively untouched since the 1950s. Huntridge was designed to be an escape from the “mining town” of Vegas, with blueprints calling for a school and shopping walking distance from homes.

After a neighborhood is selected for nomination, it could take up to two years to be listed on the National Register of Historic Places.