How Our Garbage Can Keep the Lights On – Next City

How Our Garbage Can Keep the Lights On 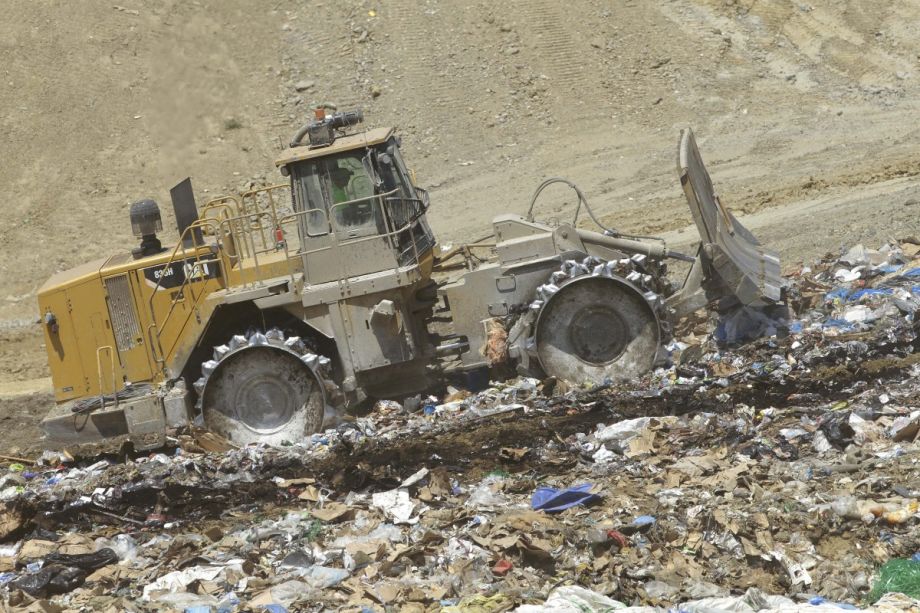 As of July this year, there are 636 U.S. municipal projects that convert landfill gas — the carbon dioxide and methane and other volatile compounds emitted from our packed-in garbage — to energy. They are in every state in the country except for Hawaii and Wyoming, and for the most part, they focus on generating electricity. But there are other potential uses for the energy trapped in cities’ waste, and increasingly the people responsible for it are trying out innovative ways of extracting energy from garbage.

These aren’t resources that are going to go away: The World Bank has estimated that the world is producing about 1.43 billion tons of municipal solid waste each year — and by 2025, will be creating 2.4 billion tons annually. Municipal waste will last as long as there are people living in cities, and there are benefits to putting this material to work. For one, it can be a relatively low-carbon source of energy. It also makes managing our ever-growing piles of waste easier. And when it comes to building more resilient cities, treating waste as an opportunity, rather than a problem, could ultimately help us handle the effects of climate change.

Start with energy resiliency. Creating power from landfill emissions means adding sources of energy to the grid, and this sort of distributed energy can protect communities from outages due to powerful storms. In DeKalb County, where 710,000 people live in Atlanta’s eastern suburbs, the sanitation department has long been making electricity from its gas. During a brownout in 2007, says Billy Malone, the county’s sanitation director, the electricity in houses around the landfill stayed bright, thanks to the local source of power.

Farther south, in Albany, Ga., a Marine Corps logistics base has, over the past five years, started creating electricity from landfill gas too. While the project was motivated in part by mandates to use renewable energy, Fred Broome, the director of the base’s installation and environment division, says the energy security was a bonus. “At the end of the day, we’re looking at return on investment,” he says. “But if you can create a project that saves money, meets the mandate and improves energy security? … If the grid goes down, we won’t miss a beat.”

As the price of oil has risen, municipalities and private companies that are already converting landfill gas to electricity are finding new ways to use it, too. When compressed, landfill gas can be turned into a fuel that, for instance, can replace gasoline in the refuse trucks that collect waste or that can power city buses.

There’s also the possibility that waste could be converted to an even cleaner fuel: hydrogen.

In 2011, SCRA — a financially self-supporting corporation created by South Carolina to work on commercializing technology in the state — started working on a project with BMW to add hydrogen to the list of outputs from its landfill gas conversion project. (This did not replace the existing electricity generation infrastructure but added on to it.)

With support from the U.S. Department of Energy, SCRA tapped into LFG conversion infrastructure at a local BMW manufacturing plant and starting making hydrogen of greater than 99.99 percent purity, the minimum spec for fuel cells, says SCRA’s Russ Keller, who managed the project. BMW had already decided to switch the forklifts at its plants to clean-running hydrogen fuel cells; with the pilot project up and running, “we actually fueled three pieces of BMW equipment with the hydrogen we produced on their site,” says Keller.

Fuel cells that run on hydrogen are a particularly resilient form of energy technology because they can be stand-alone systems — no grid connection necessary. But although the economics of the BMW project made sense, cost is the main barrier to switching landfill gas infrastructure over from producing methane to producing cleaner hydrogen.

The future could bring a cheaper way to use up not just the methane that landfills excrete, but the carbon dioxide too. At the summer meeting of the American Chemical Society, a team of researchers from Brazil said they had found a catalyst that would make the process of turning CO2 and CH4 into H2 more efficient and elegant — as well as, potentially, more affordable. As of August, the researchers were planning a larger scale pilot project at a local landfill.

There’s also another possible fate for municipal waste. Someday, we might even be able to skip the landfill step altogether.

“If you count everything in municipal solid waste that’s biogenic — paper, food waste, yard waste, leather, wood and natural fiber textiles — plus everything that is synthetic, in the sense of being synthesized from fossil fuels, it’s about 85 percent of everything that’s thrown away,” says Samantha MacBride, an assistant professor at CUNY’s Baruch College. “Sending that to a landfill is not optimal. So now the question is: What’s the best way to handle this if we’re not going to landfill it?”

“Conversion technologies” can transform trash into gas without landfilling it first. These techniques — gasification and pyrolysis — resemble, in some ways, incinerators, the most basic waste-to-energy systems. Instead of combusting waste, though, these newer plants heat it to very high temperatures, in the absence of oxygen, and produce “syngas.” Similar to natural gas, syngas can be converted to more valuable products — not just fuel, but chemicals and fertilizers that fetch a higher price.

These types of plants, however, are high-risk and, like landfill gas-to-hydrogen technology, have not been proven at scale. “In a lot of ways, they’re old technologies that have been failures and continue to be failures,” says the Mike Ewall, of the Energy Justice Network, who opposes the plants. (Much older plants, for instance, would gasify coal to create electricity.) The most successful of these type of plants require relatively homogenous feedstocks, like wood residue. “They haven’t been able to run on feedstocks as complicated as municipal solid waste,” says Ewall.

There’s one conversion technology, though, that builds on existing city infrastructure and poses less threat to the environment. City wastewater plants often process the solid parts of wastewater through anaerobic digesters and harvest the resulting methane. If the organic materials in municipal solid waste — yard trimmings and food scraps, mostly — can be separated out from the waste stream before collection, then they, too, can be fed into this system.

The East Bay Municipal Utility District, which is based in Oakland, Calif., first piloted this idea in the mid-2000s. The district’s wastewater treatment plant had been built out to deal with large loads from the area’s food processing industry — which then decamped for elsewhere. Left operating below capacity, the district started experimenting with adding food waste into its digesters.

Today, the district is looking at taking on food waste from all of Oakland’s restaurants, and over the course of the year, is a net producer of electricity. Other cities are starting to implement this idea, too: This past December, New York City’s Newtown Creek Wastewater Treatment Plant started accepting organic waste, too.