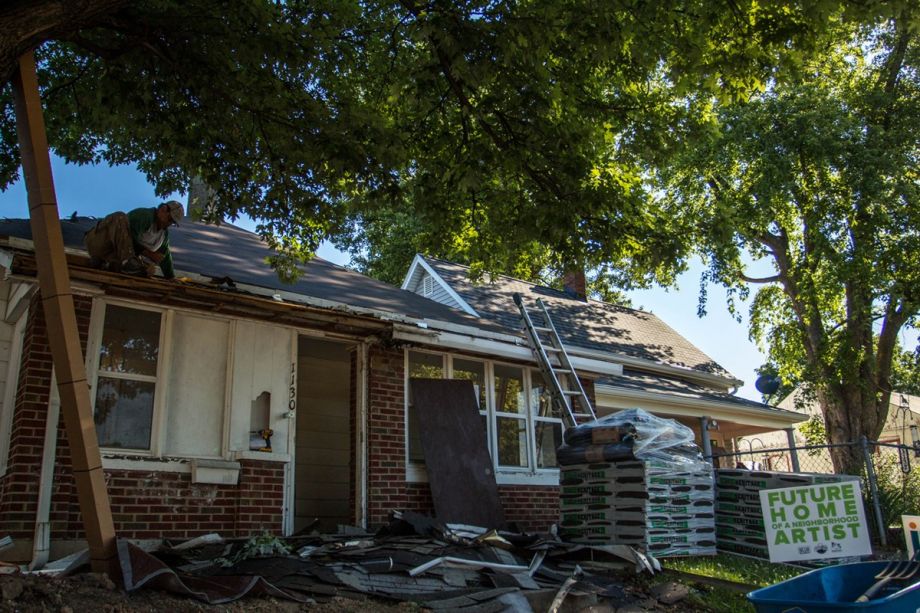 Indianapolis, says Jim Walker, tends to be just a little behind the curve when it comes to urban trends in the U.S. For artists threatened by gentrification, that could be a good thing. Walker is co-founder and CEO of Big Car Collaborative, a nonprofit arts organization that’s embarking on an initiative to preserve affordable housing for artists in the city’s Garfield Park neighborhood. With it, he thinks the neighborhood has a chance to buck a usual gentrification trend — artists move into struggling areas, contribute to beautification and cultural development, and wind up priced out in a couple of years.

Bisected by an interstate and hit hard by the housing crisis, Garfield Park has an abundance of vacancies. But while artists can afford to buy or rent that inexpensive housing now, in a few years, as property values rise and a bus rapid transit line comes to the main drag, they could be pushed out alongside many longtime residents.

To prevent that, Big Car has partnered with the Riley Area Community Development Corporation and the Indianapolis Neighborhood Housing Project to purchase and rehab 10 vacant houses on Cruft Street, a short stretch that starts at Shelby Street, the main drag, and dead-ends at I-65. Artists are applying now to buy those houses, with a twist: Big Car and partners will retain ownership of 51 percent of the house, artists will purchase the other 49 percent, and the organizations will maintain the homes’ affordability even if surrounding property values increase.

“We want to make sure that the new residents as well as the existing ones have a long-term opportunity to stay here,” says Walker. “It’s a land trust for programming.”

By that, he means that not only does the model preserve affordable housing — a land trust — but it also increases the cultural capital of the neighborhood. In their application, artists are asked not only about their financial situation, but also how their creative practice, broadly defined, will contribute to their new community. They’ll be required to put in 16 hours a month of civic work of some kind, whether that’s attending public meetings, offering workshops or just talking to their neighbors. They’ll also open their homes or yards for public events a few times a year.

“I think a lot of times, the creative world can get pushed aside, and all they can do is beautify a space, they’re just aesthetically pleasing,” says Danicia Monet, program manager for the Artist and Public Life Residency. “But no, they’re engaged in this and they’re saying, I have something to offer beyond my craft. I can help build the vitality of this neighborhood with my dollar as well, and my sweat equity.” (Monet is also a Next City Vanguard.)

With the first round of applications due this week, Monet says a diverse group of applicants, from Indianapolis and around the world, have expressed interest. And they’re asking good questions. They want to know how they can be engaged, and whether there’s a neighborhood association, she says. “Those are great questions and they showcase to me that people care about where they live and want to be somewhere safe and conducive to their lifestyle, and they have something to contribute.”

Two artists will be chosen for two houses in this first round, with homeowners expected to move in in July. Four more residents could be selected by the end of the year. Big Car is still weighing whether to keep the remaining four homes to rent. Artists will also have access to resources and events at Big Car’s Tube Factory art space, also on Cruft Street, and Listen Hear, a storefront on Shelby Street dedicated to sound art.

In more ways than one, this is no ordinary realty experience. “The odd thing and the kind of unique thing about this is, you’re buying a house, right, but we’re not showing the applicants the houses that are up for sale,” says Monet. The houses are being rehabbed specifically to accommodate certain kinds of artistic practice — a big garage for carpentry work, huge sinks for washing brushes. As the panelists review applications, they’re trying to consider artists’ lifestyles and needs to make a match.

“There’s definitely some trust in this process,” says Monet. “You’re really buying the program and you’re trusting in the program, so it’s kind of like signing up for a fellowship.” If the house they’re matched to doesn’t work for them, artists can pass and be considered for future properties.

Monet acknowledges this is part of the gentrification process, but if done right, it doesn’t need to contribute to displacement. The properties were already vacant, and while the artists can sell and leave any time, they’re encouraged to stay at least seven years.

“[We’re asking] ‘how do you increase the value of a neighborhood,’ because they all have to change at some point,” she says. “It’s a natural form of development that happens in any growing city, but how do you make sure it happens in a healthy way?”

As for current neighbors, Walker says Big Car and Riley Area CDC are working to communicate about the changes to come. The new Red Line bus rapid transit project will be coming up Shelby Street, and Walker knows what that means: “We Buy Houses” signs will start to appear on utility poles, handwritten versions slipped under doors, as property values rise. “If the neighbors know why that’s happening, they might not choose to move,” says Walker. “Now is not a time to leave this neighborhood.”