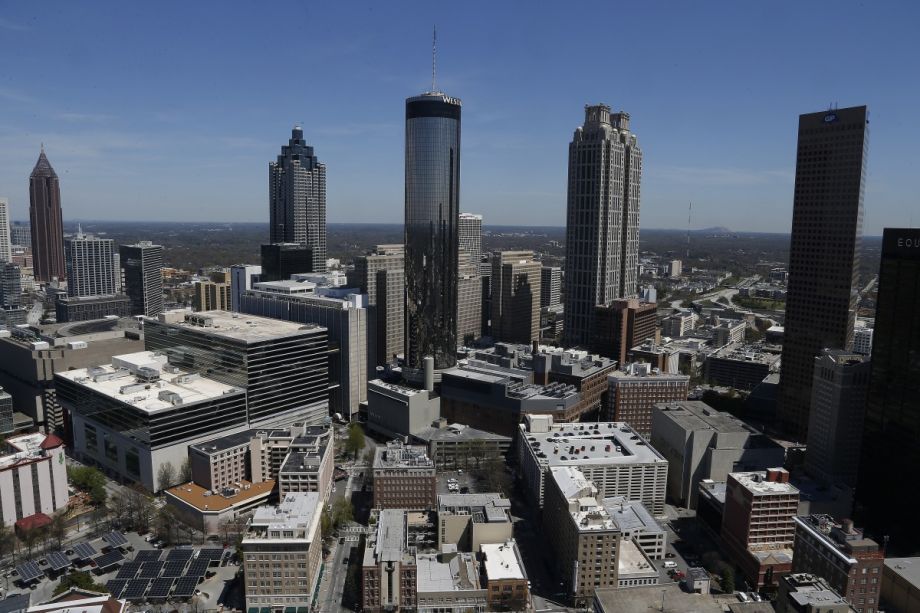 The Atlanta Land Bank is at the forefront of the third generation of land banks. (AP Photo/Mike Stewart)

Since the 1970s, land banks have been tools in the fight against the urban ills caused by vacant and abandoned properties. The non-profit authorities attempt to stabilize home values in neighborhoods, thwart crime, and attract development by acquiring tax-delinquent properties and either holding onto them temporarily or returning them to productive use.

Interest in land banks has surged recently. From 1971 to 2008, only five states passed legislation enabling land banks. In the last three years, eight new states enacted some form of comprehensive land bank legislation, according to a new report from the Center for Community Progress. There are currently around 120 land banks nationwide.

In “Take it to the Bank: How Land Banks Are Strengthening America’s Neighborhoods,” the organization identifies the distinctive approaches of land banks across the country. Since the funding sources, organizing structures and community engagement practices of land banks can vary from state to state — and even from county to county — land banks can differ wildly. Different states also have different tax foreclosure laws, through which land banks usually acquire properties.

In its early years, the Fulton County/City of Atlanta Land Bank was representative of first-generation land banks. Established in 1991, it played a somewhat limited, conservative role at first. The Center for Community Progress report notes that when the Atlanta Land Bank hit the reset button from around 2008 to 2010, there was a movement for “land banks to move beyond just a custodial role in the management of problem properties the open market had rejected, to become proactive partners in the management, development, and overall transformation of these liabilities into public assets.”

After the foreclosure crisis hit, the Atlanta Land Bank began to take this more proactive approach, which has placed them at the forefront of the latest generation (technically the third) of land banks.

“From 2009 going forward was when we had more exposure to what everybody else was doing,” says Chris Norman, Atlanta Land Bank executive director. Norman served as chair and vice chair prior to stepping into his current position in 2010. “Up until that point, we had been kind of siloed, probably like a lot of other land banks. The land banks in Georgia didn’t have a lot of interaction with one another.

“It was really once we determined that it was time to look at revising our state statute that we really started to look at what everyone else was doing [nationally].”

Georgia’s state land bank legislation was reformed in 2012. It revised the number of board members appointed to land banks to ensure more local control. It also allowed land banks to organize across multiple counties and offered an empowering new tax recapture financing mechanism. Referred to as 5/75 financing, it specifies that after the title to a land bank property is transferred to a new owner, 75 percent of the property’s non-school board taxes are captured by the land bank for a five-year annuity.

The Atlanta Land Bank also ramped up its community engagement efforts. It connects with Atlanta’s Neighborhood Planning Units (which are citizen advisory councils) to inform investments and outcomes. The land bank also created its Land Bank Depository Agreement program, which has allowed local non-profit organizations and the city’s redevelopment authority, Invest Atlanta, to temporarily bank their properties for up to three years, while they work on development plans.

“Our charge is really to bring the non-productive body of properties back to a productive status,” says Norman. “Typically, a lot of those can be found in distressed communities or communities where a lot of our non-profit [partners] are already operating. [The Land Bank Depository Agreement program] was important to give us further reach. There are limited resources all around Atlanta, so it was an innovative unique way that we could figure out how to work together.”

Norman also sits on the board of the new Atlanta Land Trust Collaborative. As I mentioned in “Should Land Trusts Rank Higher in the Affordable Housing Toolbox?,” some land trusts seek to become long-term stewards of land and buildings to keep them affordable (typically with 99-year land leases), while land banks only hold the title for vacant or derelict properties for a short period of time (three to five years).

Like so many other American cities, there are rising concerns about gentrification in Atlanta. The city’s 25-year Beltline project, which would connect 45 different neighborhoods, has raised concerns about affordability in the areas improved by the access to the project’s trailways and open space components. Norman says that addressing these concerns will be the future of the Fulton County/City of Atlanta Land Bank, saying “in light of that, we’re looking to go to the next generation of what we do, which is dealing with more neighborhood-specific revitalization efforts. That’s our next focus.”