L.A. Minimum Wage Jump Has Fans and Critics – Next City 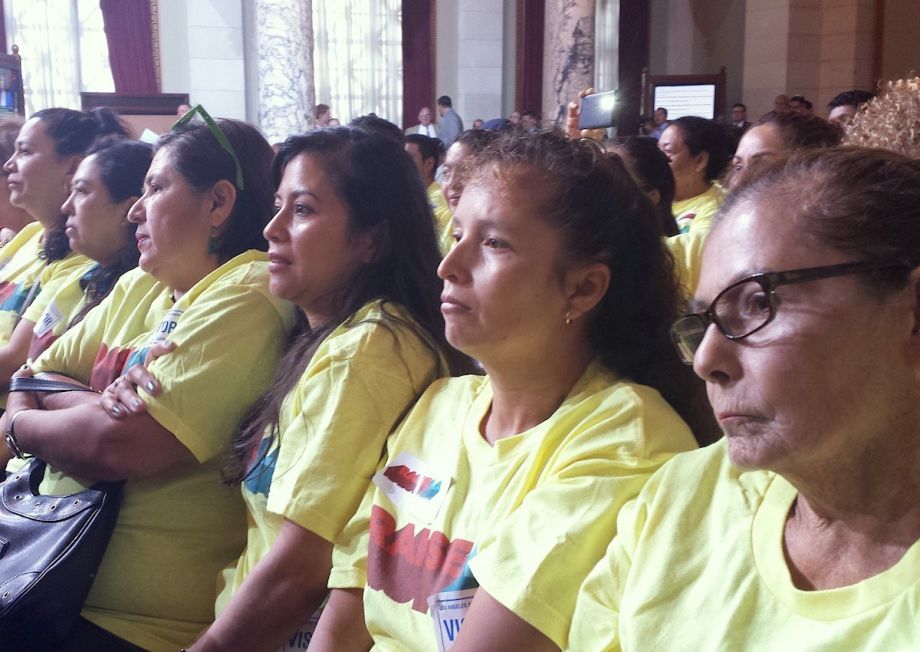 L.A. hotel workers await the decision in favor of raising the minimum wage in Fall 2014. (Source: Los Angeles Alliance for a New Economy)

Los Angeles may soon follow in the steps of Seattle and San Francisco and become the next city to raise the minimum wage, going from $9 to $15. According to NPR, L.A. has “an estimated 800,000 people … living below the federal poverty line, and more than 500,000 workers earning the minimum wage,” but the potential increase “is causing excitement and some anxiety.”

The news outlet talked to people on both sides of the fence. One 20-year-old fast-food worker who struggles to commute to work said, “It’s definitely hard to pay a lot of bills, and it’s hard for me to get hours while I’m still in school.”

But Chris Player, a cafe owner, told NPR that the wage increase would invariably change business for him. “We would either have to lay off the paid employees, and it would just be family-ran, or we would definitely have to increase the price,” he said.

Last fall, Los Angeles City Council voted to raise the minimum wage for hotel workers to $15.37 an hour. The Los Angeles Alliance for a New Economy had highlighted that 40 percent of L.A. hotel workers were living in poverty.

If L.A. does raise the minimum wage for all, the policy change would likely echo well outside of Southern California’s borders. Again, from the NPR report:

Some cities that have raised minimum wages have seen pretty negligible impacts on employment. But another thing to consider that makes the debate and proposal in Los Angeles unique: No major city has tried to raise its minimum wage this fast or this much all at once.