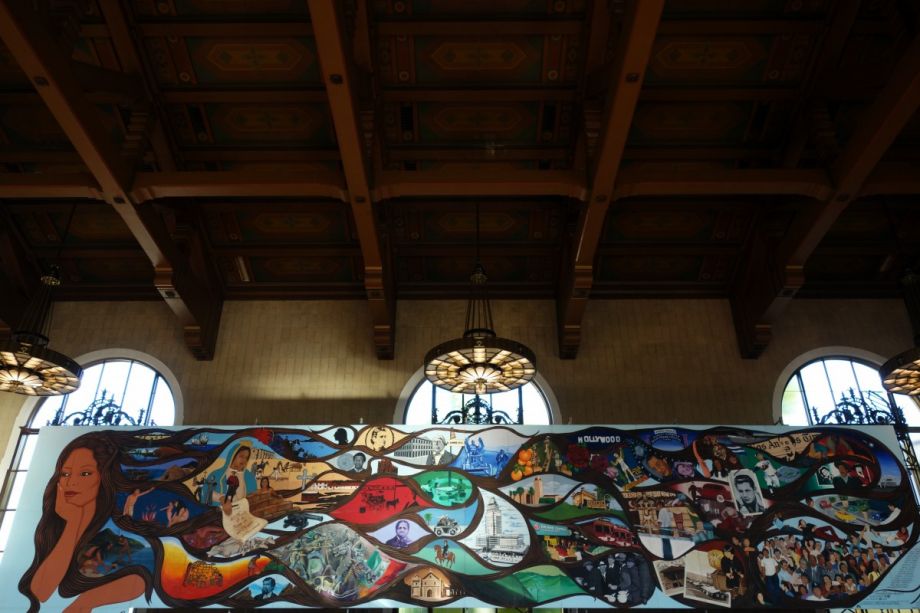 MyNewsLA said the three speakers “outlined a vision where Metro will not just improve transportation but also help the county make headway in the areas of education, housing and homelessness.”

Significant to these efforts is Measure M, a sales tax approved by voters in 2016 that is expected to generate $120 billion in funding over 40 years.

In his address, Garcetti called the measure “the largest infrastructure initiative in this country’s history, times two….We must show the public that their tax dollars…[are] indeed well spent.”

Metro oversees subways, trains, bus lines, freeway express lanes, a bikeshare system and a series of vanpools. The agency is undertaking a number of ambitious projects, including extending the city’s Purple Line, overhauling its bus network and converting its entire bus fleet to zero emissions by 2030.

The second goal is to enhance the rider experience. Metro is planning to provide free wifi and charging stations at Metro rail stations.

Third, Washington wants the agency to embrace equity. Incoming Metro chair Kuehl discussed her plans to work with Metro’s Women and Girls Council to train and hire more women for career positions at the agency. Washington also spoke to the push to fold equity into the agency’s long-range transportation plan so that the development of new transit options “help the indigenous people of a neighborhood to thrive,” the release said.

Fourth, Metro is working to provide more opportunities for people to move into transportation jobs. It’s a critical time for the agency, with some 30 percent of its workforce eligible for retirement in the next few years and a potential labor shortage looming. Indeed, LA Metro and LA County announced earlier this week that they will partner to create Transportation School, a boarding school that teaches high-school students STEAM skills with the hope of preparing them for careers in college or the transportation industry.

Finally, Washington said that transportation is a “socio-economic enabler” that may not be able to control affordable housing and homelessness, but can influence others. “We can influence the affordable housing issue, we can influence homelessness…if we step into these leadership voids,” he said. He added that Metro wants to create or attract a rail-car manufacturing company in Los Angeles County to create jobs and produce cars locally. He said Metro is taking the first steps toward doing so by convening a roundtable with the railcar industry.