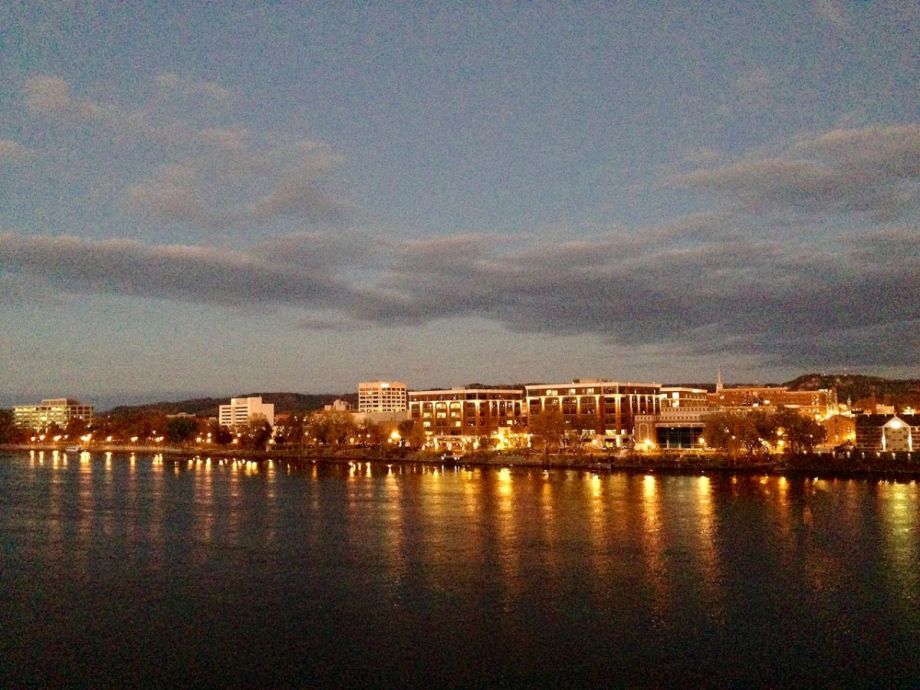 Move a child from a high-poverty neighborhood to a low-poverty neighborhood, and she’s more likely to find her way into a higher tax bracket later in life. That’s according to Harvard economists Raj Chetty and Nathaniel Hendren, who earlier this year suggested that upward mobility is, in large part, a placed-based phenomenon. As Justin Wolfers summed it up for the New York Times, their research “makes the most compelling case to date that good neighborhoods nurture success.”

But when poor families are relocated to wealthier neighborhoods — say, through HUD’s housing voucher program — is that the most efficient way of fighting inequality across the U.S.? What transpires in the impoverished neighborhoods they leave behind?

One long-term project in La Crosse, Wisconsin, is aiming to tackle poverty from the other direction. “We’re doing the opposite. We’re trying to attract market-rate homes … into [high-poverty] neighborhoods,” says Jerilyn Dinsmoor, executive director of the nonprofit La Crosse Promise. “That way, we’re not leaving vacant homes and forgetting about a community.”

La Crosse Promise is now offering $25,000 and $50,000 college scholarships to up to 30 families who move to two of La Crosse’s struggling neighborhoods adjacent to downtown. In order to qualify, a family must agree to invest enough money into a home to raise the home value well above market rate (specifically, by putting $50,000 worth of renovations into a home assessed at under $150,000, or paying $150,000 in construction costs on a brand-new home). The deployment of place-based scholarships links La Crosse, a city of 52,000 where 23 percent live in poverty, with dozens of so-called “promise programs” across the country.

Many of those programs target public education directly, but that’s not the most pressing need in La Crosse. “The school district is in pretty good shape,” says Michelle Miller-Adams, the foremost researcher on promise programs at the W.E. Upjohn Institute. (She has a book on the subject coming out this fall.) “It’s not your typical urban, troubled school district.” The amount of kids receiving free or reduced lunch in La Crosse — while the number has been increasing in recent years — remains under 50 percent.

Rather, the City of La Crosse identified diminishing housing stock as the biggest problem when work started on the idea about a decade ago. Forty-six percent of the land is tax-exempt (in addition to three higher ed institutions, there’s a large river-marsh in the middle of the city), and declining home values were of paramount concern. The tax burden has been rising quickly for residents. As of 2010, La Crosse had the seventh-largest municipal mill rate of all Wisconsin cities and villages, according to a housing study conducted by Karl Green, of the La Crosse County-UW Extension. Families who had the means began to relocate to areas with lower tax rates in the suburbs — resulting in more tax increases, and a continued exodus. Today, roughly 60 percent of the labor force in La Crosse commutes in from outlying areas each day.

“It’s not really a jobs issue,” says Green. In fact, the unemployment rate in La Crosse beats the statewide average. “It’s about where those people with jobs are deciding to live.” The flight to the suburbs left concentrations of poverty in many of the neighborhoods surrounding downtown; high storefront vacancy rates followed.

“We recognized that this was something pulling our community down, not only from a tax-base standpoint, but also with our school district,” says Brian Fukoda, a community development specialist in La Crosse County.

Enrollment at the public schools began to slip (although the decline is now reversing), and the city initially wanted to do what Kalamazoo, Michigan, did with providing college scholarships to every graduate of the school district who’d lived there for the entirety of high school. The hope was that middle- and high-income parents who’d left might return with the promise of scholarships, and thus, reinvigorate the tax base. But after a few feasibility studies, the estimated cost ($35 million in the first decade) of doing that in La Crosse was declared prohibitive.

So the city turned to creating La Crosse Promise. The first part of the initiative unfolded four years ago with the establishment of “future centers” in the two public high schools. Based on a program in Denver, the centers have dedicated counselors to guide students through post-secondary career or degree options, along with technical support on things like applying for student aid.

Three weeks ago, the second phase, the scholarships, was announced.

According to Dinsmoor, the primary goal is improving home values and tackling concentrated poverty near downtown, and secondarily, they hope to boost public school enrollment. That differentiates La Crosse Promise from several members of the promise cohort, including the 10-year-old flagship program in Kalamazoo. There, a group of anonymous donors has supplied north of $60 million worth of scholarships to nearly 4,000 students since the start. The result has been encouraging: 24 percent gains in enrollment and a boost of one-third in college graduation rates, although there was “no discernible impact on the housing market,” Miller-Adams notes in her book.

Given the limited amount of scholarships (30) being given out in La Crosse (also paid for through anonymous donations), the comparable impact on the school district seems unlikely. Whether the program can make more of an impact on housing than in Kalamazoo remains to be seen.

“I’m not convinced that a carrot of $25,000 — or if you have two kids, $50,000 — scholarship is going to create a sufficient economic incentive for people to invest above local market value in their homes,” Miller-Adams says.

Anticipating that some parents may be hesitant to bear a significant financial risk, especially after the Great Recession, La Crosse Promise created a consortium of 10 area banks and credit unions to provide $8 million in loan assistance to people who’ll take advantage of the promise program. The city is confident that people will respond. Last year, a survey of employees from five large companies in the city showed there’s interest. Of the employees who didn’t already live in La Crosse, about 45 percent said they’d consider moving into the city in exchange for a $50,000 scholarship. And Dinsmoor says that several families have already made inquiries since the program was announced.

Still, the jury is out as to whether La Crosse Promise will be successful in terms of economic development. Miller-Adams says promise programs across the U.S. have done a great deal of good, especially when it comes to college attendance, but as she told Inside Higher Ed, “Most of the replication of this model is kind of being done on a gut feeling that it’s a good idea, rather than empirical data that it’s a good idea.”