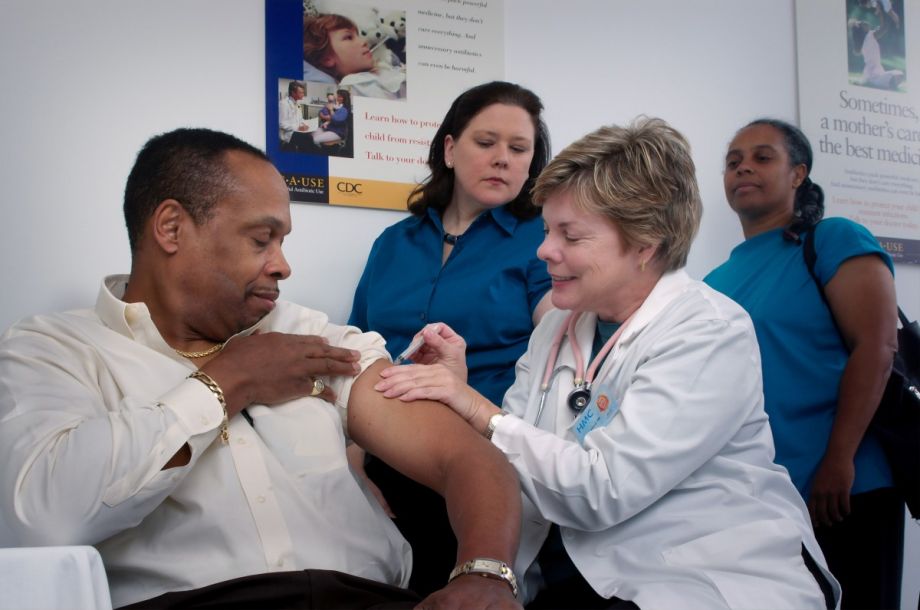 Photo by CDC on Unsplash

Up until last year, the Los Angeles County Department of Health Services (DHS) was facing a critical challenge. Every year, 15,000 to 20,000 patients served by DHS were being treated in other facilities, resulting in suboptimal patient experiences and increased cost to the county.

One of the largest municipal healthcare systems in the U.S., DHS comprises four county hospitals and 23 community health clinics. Through its network, it treats more than 600,000 patients annually, roughly half of whom are low income and insured through Medicaid. DHS also serves as the safety net for people with no insurance.

Here’s a typical scenario: A 65-year-old man loses consciousness on a Los Angeles street. Paramedics rush him to the nearest emergency room, which happens to be at a private hospital, where physicians determine that he has a heart arrhythmia. Low-income and insured through Medicaid, the man is part of the DHS network, but transferring him to an in-network hospital would be complicated, so he’s admitted to the private hospital.

With no access to the man’s electronic health record, doctors treat him without knowing of any potential allergies or prior treatments that helped in the past. The hospital then charges DHS out-of-network fees for his care. Once discharged, the man doesn’t follow-up with his primary care doctor at DHS, raising his risk of landing back in the hospital.

“It’s bad for the patient, because they’re not getting good continuous care,” said Philip Franks, director of system operations and support services for DHS.

And the costs were staggering for DHS. As the healthcare network that takes care of everyone, regardless of their ability to pay, it was imperative that DHS become more operationally efficient.

Franks, an Army veteran who also worked for Kaiser Permanente, one of the country’s largest nonprofit health plans, joined DHS in 2018. At Kaiser, he had introduced hospital command centers to streamline operations, a model he had seen adopted by other hospitals and at work in the Army. “In the military, the command center is where all your decision-makers are concentrated, watching real-time information, making real-time decisions,” he said.

The approach helped Kaiser hospitals increase efficiency and cut costs, so Franks was confident the model could work for L.A. County. After months of breaking down silos and convincing staff of the benefits of centralized operations, last May, DHS opened a Patient Transfer Center, which brings the movement of patients back into the county system, a process known as repatriation.

Since the center opened, repatriations — returned patients — have increased by more than 300 percent, and due to shorter hospital stays and fewer readmissions of patients, costs have decreased.

Ernest Shahbazian, a FUSE executive fellow with change management expertise, was hired by L.A. County to help establish the center. He compares the center’s operations to the television show “House.” “All of the key players get in the room and talk about the patient’s issue and what needs to happen,” he said. “If you can get everybody in one place, they can start coordinating right away, answer questions in real time, and make decisions a lot quicker.”

When making choices for patients, the team strives to be equitable in its decisions, Shahbazian said. “L.A. is so big geographically. If a patient is transported 40 or 50 miles from their home to another hospital, do they have someone available to drive that far to pick them up when they’re discharged? Are we introducing new complications for the patient by making this decision? It adds another layer of complexity to operations, but equity needs to be taken into consideration,” he said.

Since the Patient Transfer Center opened, evidence suggests that in addition to cost savings by DHS, patients are also benefiting. DHS compared cohorts of patients that stayed in out-of-network hospitals for their entire treatment to those who are transferred back to county hospitals and found that the repatriated patients have shorter hospital stays. They also see their primary care doctors for follow-up appointments sooner after they’re discharged from the hospital.

“Patients need good care transitions, and having a transfer center really facilitates that,” said Peter Balingit, M.D., director for medical management for DHS. “Without coordinated care, they get disconnected and stuck in the cycle of episodic care.” Primary care appointments are better coordinated when patients are in the network, he added, and those follow-up appointments help prevent hospital readmissions.

DHS had already moved to a managed care model as a result of an expansion of the Affordable Care Act (ACA). Each patient is assigned a primary care physician, whose practice becomes the patient’s medical “home,” and an affiliated hospital. Instead of operating with a fee-for-service model, DHS receives a lump sum for each Medicaid patient, a practice known as capitation. This boosts the motivation to monitor patients closely, keep them healthy, and intervene quickly if they’re sick — and all of this is easier to accomplish when patients are being seen in network and their medical team has access to their electronic health records.

Although initial results are promising, at less than a year old, the Patient Transfer Center still has hurdles to address. For example, case reviewers currently work only during typical business hours, Monday through Friday from 7 am to 5 pm. But many calls come in during nights and weekends. Franks hopes to increase staff in coming months to cover those hours.

He also plans to establish smaller transfer centers at each of the county’s four hospitals to feed information more efficiently to the main transfer center. The hospitals have traditionally operated independently from one another, which creates problems such as a lack of shared, real-time data about such important factors as the number of open beds at each hospital. The transfer center team also hopes to improve how that data is shared.

Shahbazian is currently focused on improving the transportation used to move patients between hospitals. Just transporting people from one county hospital to another can be complicated; different insurers require different vendors to drive patients. In the months ahead, he expects to find and implement a new data tracking system to optimize transportation operations.

He also wants to get at the root of why patients end up in out-of-network facilities in the first place. “I think some of it is just a lack of awareness of where people need to go,” he said. “I don’t blame them; it’s really confusing. If we can get them to the right clinic or hospital to start with, then in theory we should be reducing the repatriation issue.”

Balingit also stresses the need to hear from patients. He plans to interview people served by the transfer center to gather their thoughts about the experience.

For other cities considering centralization in health care, Franks recommends focusing on the benefits of command center models. “You have to show staff what’s in it for them,” he said. “If you move me out of my office into this command center, how much easier is my job going to be? Or, if you’re an executive, what’s it going to save us?”

DHS’s experience — while still unfolding — offers plenty of inspiration. “We’ve improved how we use our hospitals and staff, and in the process we’re giving the patient a much better experience,” Shahbazian said. “They’re coming back into our network, and we’re giving them better continuity of care.”