Houston Data-Sharing Project Is Already Connecting the Dots – Next City 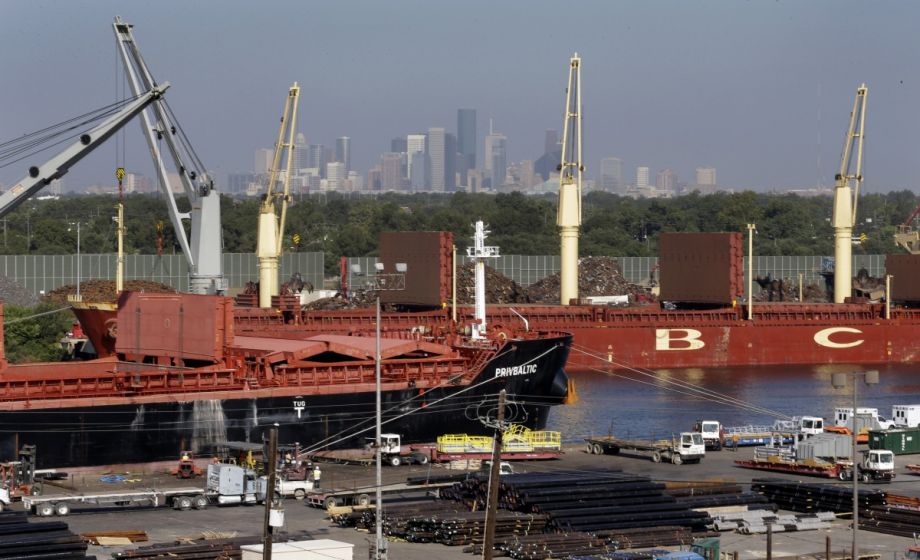 Cross-sectoral partnerships are helping Texas researchers get more out of big data, and one collaboration examined governance at the Houston Ship Channel. (AP Photo/David J. Phillip)

Silos are helpful, when they’re the protective structures that store grain, but they’re a hindrance when it comes to big data. We’re collecting a near infinite amount of data these days, but much of it is tucked away by various entities — private companies, government organizations, academia — that lack communication and sharing platforms.

Last month, Rice University and the City of Houston announced a data-sharing partnership as part of the national Smart City Initiative. The Kinder Institute will take on the leadership role in data-driven research for the University.

Rice brought on Klara Jelinkova, former chief information officer of the University of Chicago, to build an urban data platform specifically for the initiative. They will put data sets from their own researchers into the platform, as well as new sets from the City of Houston. The third step is still in the works. City department heads and researchers at Rice will soon meet to discuss what research questions are currently most important to the city. They will use this meeting to devise the initiative’s research agenda.

The City of Houston has already made many data sets available. Where are crimes committed? Which areas are prone to flooding? Where are building codes being violated? Examining a sampling of them, it’s so abundantly clear how full they are of academic research potential that it’s hard to believe this partnership took until now to solidify. Of course, that’s what everyone’s referring to when they talk about “silos.” No matter how relevant one data set may be to two entities with the same objectives, sharing still doesn’t happen as often as it could.

This holds true among sectors, but also within institutions.

“Every department collects different types of data, in different ways, at different times and for different purposes,” notes Bill Fulton, director of the Kinder Institute. This is likely true both of the city and of Rice, and Kinder wants to do something about it. They’re structuring the Institute as an interdisciplinary entity, and they’re creating ties across sectors in Houston.

“The incentives in academia are geared towards not being cross-disciplinary. Professors focus on their own research in their own field. They get siloed in academic journals as well. But when you bring people together, you can open everyone’s mind to what’s possible to research,” says Fulton, who aims to “find as many people on campus as possible working on things that could be applied to urban problems.”

The Institute is rooted in the sociology department, but Fulton was once a mayor (who used data analysis to re-think his city’s fire department strategy) and has a planning background. Other Institute researchers focus on history and economics, and they plan to add political scientists, architects and engineers into the mix. They may use seed grants to require or encourage projects of cross-disciplinary engagement.

To create cross-sector engagement, Kinder has reached out and formed data-sharing partnerships with other Houston institutions: the Texas Medical Center and the University of Texas School of Public Health. These collaborations are already showing exciting potential.

The Institute has collected, but not yet linked three data sets: about 30 years of public opinion surveys, Houston Independent School District student performance data, and Texas Medical Center’s health data. “When we connect this data we can connect the dots between education and health, absences and student performances, medical visits and medical problems. Asthma is a big problem,” explains Fulton.

The Kinder Institute (which is also part of the host team for Next City’s 2016 Vanguard conference) is trying to combine its social science perspective with Rice’s strength in engineering.

“An engineering researcher and, I, as a historian, are going to see different things,” says Kyle Shelton, a Kinder Institute Fellow. “It’s valuable to not only see a single part of one story or one study, but to be able to weave things together. We’ve been thinking about how to bring the socio-demographic and political side to framing engineering problems.” For example, they have a paper out for review about governance at the Houston Ship Channel (a busy port), which they wrote in conversation with Rice engineers who study coastal resilience. Shelton recounts that combining his training in critical reading with the engineers’ data analysis capacity made the process much easier.

Another effort hopes to help the city understand the social repercussions of flooding. “We’ve had conversations with engineering that will be replicated with the city’s public works department,” Shelton says. “We have an engineer with a model that predicts storm surge and hurricane damage to infrastructure. But we also want to link that to the sociodemographic problems that damage causes.” They want to examine which populations are most negatively effected by flooding and why.

“It’s nice to have people simply discussing the way they approach different problems,” says Shelton. “It allows us to move beyond how we were trained and our own frames. It’s really revolutionary. It’s such an invigorating way to tie it all together.” Shelton is referring to the abstract benefits of sharing ideas and perspective. But the network of data-sharing partnerships that the Kinder Institute project creates will hopefully generate similar un-siloed synergy.