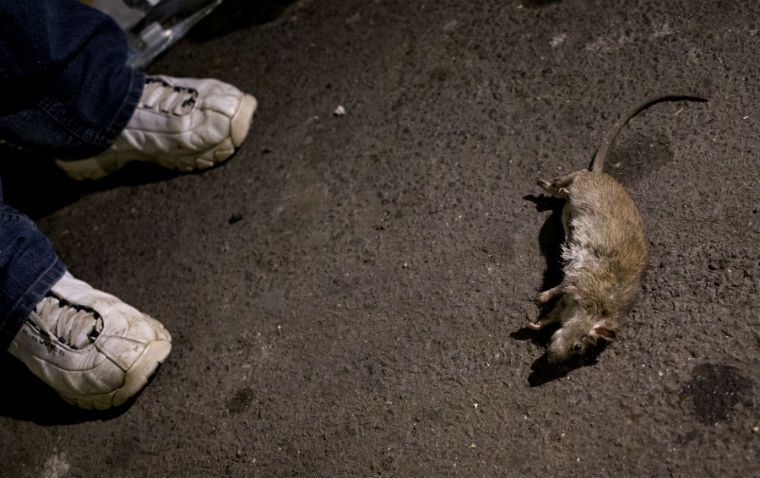 Taking a cue from President Obama and Pope Francis, who have both called economic inequality the defining issue of our time, this year’s World Urban Forum will look at how a city’s “design, governance, and infrastructure” affect the lives and opportunities of its people.

Chicago, a city with serious racial and economic divisions, was an appropriate site for a pre-session dialogue held Tuesday at the University of Chicago’s Gleacher Center. As Obama himself once said, there’s no better laboratory for solving the nation’s problems than Illinois, a state that is both urban and rural, northern and southern.

“Favelas and slums are consequences of undirected urban planning,” said Charlie Catlett, director of the U of C’s Center for Computation and Data, and moderator of the first panel about using data and technology to understand the city. “Can we direct urban growth so these disparities become the exception rather than the norm?”

On the South Side, the U of C’s home turf, medical professionals are using data-driven practices and mobile devices in a program called Community Rx, a compendium of health care resources available to poor communities. Students have mapped 75 square miles of the South Side and are constantly updating the database, said Stacy Lindau, associate professor of Obstetrics/Gynecology.

Lindau gave an example of how Chicagoans could use the program. “What if cities had an Amazon-type handle of the services available, even for the poorest citizens, so a man can get a handle on his diabetes?” she said. Through Community Rx, a diabetic can leave a doctor’s office with a list of nearby pharmacies that stock insulin or grocery stores that sell healthy food.

The city of Chicago has used similar data analysis to attack a classic urban problem: rats. The Automated Preventative Rodent Baiting Program looks at complaints that indicate the presence of rats, such as stray animals or overflowing garbage bins, and sends crews to set out poison before the rodents even show themselves.

This will be an urban century. By 2030, China will have 221 cities with a population of 1 million or more. Nothing is more important to growing and sustaining cities than water. The conference was held within view of Lake Michigan, but not every city is so well provisioned. In the next few decades, demand for fresh water will increase by 283 percent in sub-Saharan Africa, 100 percent in India and 47 percent in China.

To prevent water use from increasing to unsustainable levels, users have to pay reasonable rates, said David St. Pierre, executive director of the Metropolitan Water Reclamation District of Greater Chicago. In a crowded world, we can’t have all we want of nature’s bounty.

“In the 1800s, when 1 billion people were on the Earth, that might have been a paradigm that would work,” St. Pierre said. “The environment is not free. It’s something we need to preserve and invest in.”

Debra Shore, a commissioner at the water reclamation district, suggested that sending text messages to water users telling them not to run their dishwashers, showers or washers during rainstorms could reduce strain on the water system.

The final panel of the day focused on using data to improve public safety. Mark Saint, site director of Match Education, discussed a two-on-one tutoring program for freshmen at Chicago’s Harper High School, a place that last year earned media attention for its alarming rate of gun violence. In one year, typical students in the tutoring program advanced from a third-grade to a ninth-grade reading level.

“When you have the intervention of Match, these students change behavior and change education,” Saint said. “So they’re not looking to die, they’re looking to go to college.”

Not only does the existing data prove that such programs work, but it also suggests that they are replicable. By contrast, and despite our intuition, housing mobility programs do not have the same impact on educational outcomes.

Jens Ludwig, co-director of the University of Chicago Urban Education Lab, cited a U.S. Department of Housing and Urban Development program in which public housing residents were given vouchers enabling them to move neighborhoods. On average, they moved from areas where the poverty rate was 40 percent to those where it was 20 percent. The effect on their children’s test scores was negligible.

“There are plenty of reasons to favor policies for integration,” Ludwig said. “If you think that those policies are going to be a panacea for how kids do in school, you are mistaken. Much more direct policy solutions are required.”

If you want to hear more, the deadline for registering for the World Urban Forum is March 16.