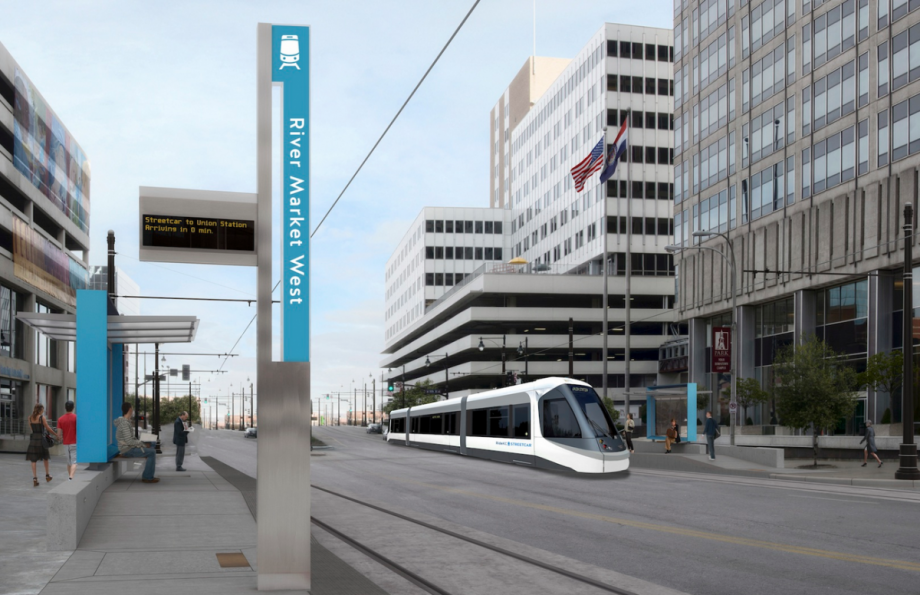 Milwaukee Will Get Its Streetcar. Now the Hard Part Begins
After months of contentious public debate, the Milwaukee Common Council voted 9-6 last week to approve the plan to build a modern streetcar line connecting the city’s downtown with its lakefront. Now the city just has to figure out how it will come up with its portion of the $124 million price tag.

As reported last week on Next City, the city plans to cover its part of the project tab with tax increment financing (TIF). Three separate TIF districts — one new, two already existing—will provide the revenue needed, according to city officials.

There is a downside risk, namely, that the TIF districts will not produce a large enough tax increment to cover the cost to the city of the construction bonds. Dale Knapp of the Wisconsin Taxpayers Alliance told WITI Fox 6 that taxpayers will be on the hook for the bill should that happen, but an analysis his organization performed of 81 TIF districts created between 2003 and 2008 found that the vast majority (67) did generate the revenues needed. One of the 14 that did not, however, was the TIF created to finance the intermodal transportation center where the streetcar will originate. On the other hand, Cathedral Square, one of the existing districts that will be used to pay for the streetcar, is among the 67.

Effort to Derail Future Streetcar Expansion Falls Short in K.C. — For Now
Meanwhile, in Kansas City, an effort to ensure that the city could not even plan to extend the 2.2-mile downtown modern streetcar line without going to the voters first came up short, but the group backing the proposed ballot question isn’t giving up yet.

The Kansas City Business Journal reports that the SmartKC Political Action Committee failed to collect the 7,000 signatures it had hoped to obtain in 10 days in order to place the anti-streetcar-expansion question on the ballot. The group launched the drive after the City Council voted to reserve $3.5 million in unspent funds from the bond issue used to build the streetcar for possible future planning efforts in January.

The group collected only 1,000 signatures in the 10-day window, but SmartKC PAC head Sherry DeJanes told the KCBJ that it would continue to work toward collecting 4,200 signatures for the ballot petition. The city currently requires about 3,700 signatures for the Council to consider placing a citizen initiative on an upcoming election ballot. DeJanes said that the issue is now part of the conversation leading to the municipal elections this spring and that the group expects to collect the required signatures by April. That would be too late to place the question on the April 7th city primary ballot, but it might be in time for it to appear on the ballot at the June 23rd general election.

Melbourne Metro Tunnel Back on Track
The saga of the project to build a new tunnel to carry Melbourne regional rail trains through the city center has had more twists and turns than a mountain road. First proposed in the mid-2000s by the Labour-led government of Australia’s Victoria state, its location was moved from one side of the city center to the other by the Liberal government that succeeded it, then canceled completely when that government received A$3 billion ($2.3 billion U.S.) in funding from the Australian Federal Government for an east-west highway link.

Now that the voters of Victoria have replaced that Liberal government with a Labour one again, the road project is off and the rail project back on, the International Railway Journal reports.

The new state government has committed A$40 million ($31.1 million U.S.) to create a new statutory authority that will oversee the planning and construction of the tunnel. The Melbourne Metro Rail Authority will now manage the 9.2-km twin-bore tunnel project, including detailed site surveys and development of a reference design.

Victoria State Premier Daniel Andrews told the IRJ that the new tunnel was the key to moving more people through the city. “This is the project that solves it all — more services, fewer delays and better public transport. It’s the relief valve that ends the traffic jam in the City Loop so more trains can run on every line.”

The tunnel project, which will add five new underground stations to the Melbourne Metro network, is estimated to create 3,500 jobs at peak construction. Work on the tunnel is projected to begin in 2018. Its cost will be financed by federal, state and private sector contributions.