For One Memphis Baker, Juvenile Justice Is Part of the Recipe – Next City

For One Memphis Baker, Juvenile Justice Is Part of the Recipe 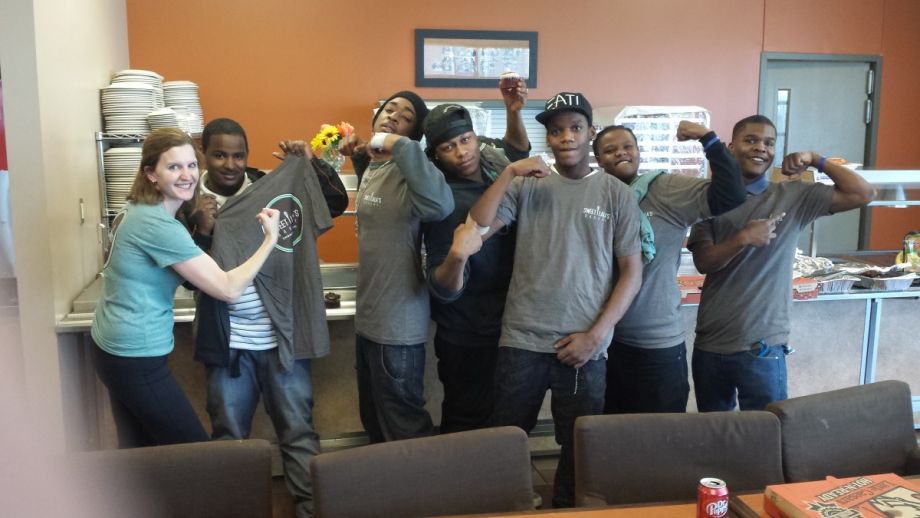 Lauren Wilson Young has been baking cookies for more than 30 years, starting from when she was just a little girl.

She started Sweet LaLa’s Bakery with her high school sweetheart husband Tommy out of their home back in 2001. The company is named for the nickname given to her by her nieces and nephews, Aunt LaLa. She initially began baking for family and friends, but the orders soon increased beyond familial bonds.

At the same time, Young served on the board for Juvenile Intervention and Faith-Based Follow-up, where she now serves as board chair. Young said she first learned about the organization when researching grants while working at the Kemmons Wilson Family Foundation. (She stepped down as executive director over the summer after managing all of her family foundation’s philanthropy efforts since 2004.)

“I was so impressed with the results they were having with juvenile offenders in keeping them out of the system and engaged in meaningful living that I actually asked to join the board,” Young said.

Established in 2003, JIFF aims to break the cycle of juvenile recidivism, facilitate reentry into society and offer those youth and their families hope for a more promising future. Besides reducing recidivism, other goals of the organization are to help each program participant develop meaningful and measurable life plans alongside their case mentors, and to link each program graduate with a life coach who will continue to work with him or her once a week for an entire year.

JIFF includes “Learn to Earn” culinary and general equivalency diploma programs. Located in a former YMCA building the organization purchased in 2009, JIFF’s offices include a commercial kitchen, full gymnasium and education department and other offices, giving JIFF the physical capacity to serve up to 300 people aged 12 to 18 every year.

After serving on JIFF’s board Young said she kept hearing how JIFF graduates needed employment but found few companies willing to hire them.

So “Sweet Lala” created a business partnership with JIFF. The bakery rents the kitchen for a monthly fee and contracts with JIFF to supply the student workforce. Youth become eligible to work in the bakery after graduating from the 16-week core JIFF program. They start with a paid internship to find out if the work is a good fit for them; if so they can then be hired to work on a consistent basis. Students are involved in each part of the business from production to the final packaging of the product.

“This allows for JIFF to build a revenue stream for rentals which is part of its goal to use the large building responsibly, while also allowing for students to finish class and clock in to their first paid job,” Young said.

Young said the response to the bakery has been fantastic. It also provides added publicity for JIFF because the program is mentioned in each business sells the cookies and each article that is written about the social enterprise.

In December 2014 the couple launched an online presence for the bakery; orders with three dozen or more cookies are eligible for local pickup or customers can pick up their cookies at the JIFF office located in South Memphis.

Due to the work Young has done to help her community by helping youth in trouble with the law, the National Juvenile Justice Network and Just City is bestowing upon her the 2016 “Servant Award” for leadership.

“What I noticed as I established the bakery and spent more time in the building and not around a board room table, is that every one of the young people I meet want a hug,” she said. “If you aren’t comfortable building relationships directly, build a platform of awareness for others to get involved or build emotional and financial support for the mentors and staff who can do the hard work.”

Her college education (degrees in early childhood education and special education from Vanderbilt University), as well as previous employment as an Intercept Counselor at Youth Villages drive her work.

“I always give credit to my work at Youth Villages for showing me a side of Memphis I never fully experienced or understood until I worked nearly every zip code in Memphis and was on call 24/7 to the families I served.”

Young also serves on the boards of Hope Christian Community Foundation, Baptist Memorial HealthCare Foundation and as the chair of the Memphis Grantmakers Forum, a local funder membership organization convening conversations around philanthropy.

“Faithful stewardship of whatever one has been entrusted with — relationship, finances, talent — is incredibly important,” Young said. “I rarely feel equipped or qualified, but I keep a simple truth of reassurance top of mind: God uses the unlikely to do the unlikely, and I get back to work.”

Elle Perry is a freelance journalist and photographer based in Memphis, Tenn. She previously served as Coordinator of The Teen Appeal, which was the Scripps Howard city-wide high school newspaper program. She is a two-time graduate of the University of Memphis Edward J. Meeman School of Journalism.