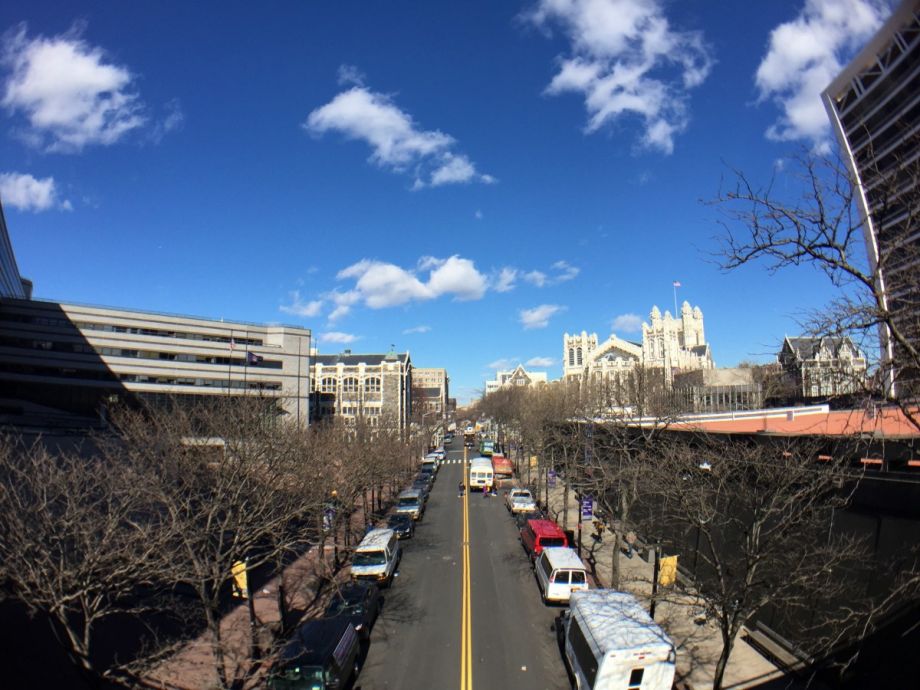 Every immigrant to the United States has their own story for how they ended up in one part of the massive country or another. There’s a huge African immigrant population in the Twin Cities region. A huge Middle Eastern population in Michigan. One trend among immigrants is clear: Once they get to America, they end up changing the entire economy in many ways. That includes the 40 percent of Fortune 500 companies that were founded by immigrants or children of immigrants.

New York City has never had a hard time attracting immigrants, but a newly announced program from the NYC Economic Development Corporation (NYCEDC) seeks to directly recruit some of those economy-changing entrepreneurs and make sure the benefits they create are distributed equitably across the city. It’s called IN2NYC.

IN2NYC promises to help up to 80 entrepreneurs gain access to the visas they need to relocate and grow their businesses in New York City. NYCEDC projects the partnership will help create more than 700 jobs for New Yorkers in the first three years alone.

By partnering with seven CUNY institutions as the pilot hosts for the entrepreneurs, NYCEDC hopes to increase the odds that the spoils of the program will be equitably distributed. Entrepreneurs will be required to base their businesses in a partner school’s incubator, and must also commit to support the mission of the partner school by contributing to academic research, developing curricula, providing students with internship and employment opportunities, or serving as mentors. NYCEDC plans to expand the program eventually to private as well as other public universities.

IN2NYC entrepreneurs may feel right at home at CUNY campuses, which typically serve a larger portion of immigrant students or children of immigrants than the city’s more famous private universities. Partner institutions are spread out through all five boroughs, and include Lehman College in the Bronx, Medgar Evers College in Brooklyn, Queens College and the College of Staten Island.

“We’re really excited about the international reach. It matches well with the international nature of our student body, our faculty, the nature of this campus,” says Lindsay Siegel, executive director of the Zahn Innovation Center, a startup incubator that opened in 2013 at CUNY’s City College of New York.

Located in Manhattan, about a mile north of Central Park, City College currently has around 16,000 students, hailing from at least 165 countries. Seventy-one percent of City College undergraduates are from low-income families.

“A majority of City College students are commuters, often immigrants or sons and daughters of immigrants, often first in their families to go to college anywhere,” Siegel says.

The Zahn Innovation Center has agreed to host five resident entrepreneurs in the first year of IN2NYC. The center has seen around 100 startups go through its programming so far, targeted mostly at undergraduates, but also including some resident startups originally from off campus, such as Homer Logistics and Strong Arm, both of which still employ City College alumni and regularly take on interns from City College, even after outgrowing the incubator. Zahn-incubated startups have attracted at least $6 million in follow-on capital so far.

Partner institutions will have a strong role in selecting entrepreneurs to be part of IN2NYC.

“When evaluating entrepreneurs for this program, their level of social responsibility, the ways in which they’re considering environmental footprint, social engagement, why they would want to be a part of this campus, all that will come into play,” says Siegel, who has a background in impact investing and corporate philanthropy. She came onboard two years ago with an explicit goal to support social entrepreneurship.

IN2NYC entrepreneurs at the Zahn Center will find themselves surrounded by social enterprise startups with a wide diversity of startup team founders.

There’s Jenna Crivelli and Jemimah Aslarona, who are incubating an idea for a more ergonomic walker.

There’s Eli Ramos and Stephan Henry (both wheelchair users), who are incubating a whole line of accessories for wheelchair users that they intend to be as stylish as they are practical for increasing mobility and independence. Besides increasing access to jobs and residencies, the team expressed to me that part of their goal was to encourage more activism and participation in public life among wheelchair users overall.

Or there’s Bishoy Ghobryal, whose family is originally from Egypt but now lives on Staten Island. His founding startup team includes members of Korean, Indian and Lebanese descent. They’re working on an app to help detect counterfeit medicines and give communities a tool to hold counterfeit medicine distributors accountable. He’s headed to Ethiopia later this month to field test their app.