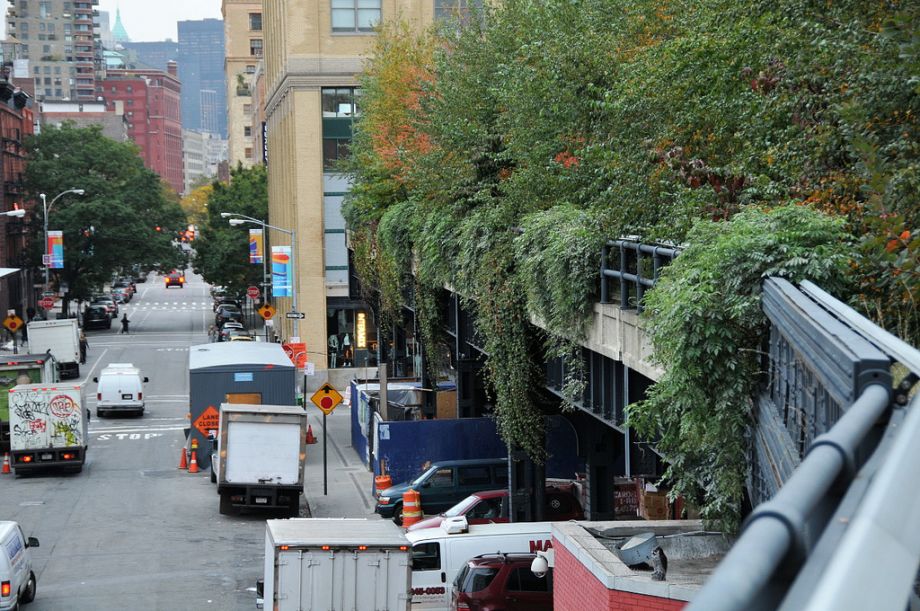 The Second Plague of the High Line has been sighted: Periplaneta japonica. The swarm of Japanese cockroaches comes on the heels of a swarm of tourists, and insect biologists from Rutgers suspect they hitched a ride on exotic plants that the park’s designers — presumably Dutch garden designer Piet Oudolf — brought from Asia.

An exterminator first spotted the foreign creatures, which have a higher tolerance for cold than native New Yorkers, in 2012. Rutgers Today reports:

“About 20 years ago colleagues of ours in Japan reared nymphs of this species and measured their tolerance to being able to survive in snow,” says [Jessica] Ware, who is an assistant professor of biological sciences at Rutgers-Newark. “As the species has invaded Korea and China, there has been some confirmation that it does very well in cold climates, so it is very conceivable that it could live outdoors during winter in New York. That is in addition to its being well suited to live indoors alongside the species that already are here.”

“The Rutgers researchers say there probably is no reason for alarm,” Rutgers Today declares, but with a disconcerting “it is too soon to predict with real confidence” hedge.

The researchers go on to imagine a war of the cockroaches, which ultimately thins their ranks. It’s reassuring, but also a little alarming:

“Because this species is very similar to cockroach species that already exist in the urban environment,” says [Dominic] Evangelista, “they likely will compete with each other for space and for food.” And as they compete, says Ware, “their combined numbers inside buildings could actually fall because more time and energy spent competing means less time and energy to devote to reproduction.”

The American roaches and their foreign counterparts, who aren’t an invasive species (at least not yet), probably won’t mate. “The male and female genitalia fit together like a lock and key, and that differs by species,” one researcher tells CBS. “I could imagine japonica being outside and walking around,” says the other, but she’s not sure how well they could hack it in nasty New York snow.

Meanwhile, cities around the nation are clamoring to reproduce New York’s success in attracting visitors — and if they have the budget for exotic plants, then also some alien insects — by building linear parks of their own.

Chicago broke ground last month on the $54 million first phase of the Bloomingdale Trail, also built on top of a former elevated railway right-of-way. Private fundraising for that park on Chicago’s northwest side is ongoing. The structure runs through some pretty wealthy, relatively dense neighborhoods and appears to have enough banking to succeed, unlike some High Line imitators.

Take, for example, the Queensway. The linear park proposed for Central Queens was off to a promising start but has recently seen a wave of opposition. For one, the neighborhoods — Rego Park, Forest Hills, Woodhaven, Richmond Hill and Ozone Park — are not really dense enough to support either the foot traffic or the fundraising necessary for a High Line-like success. Another problem is that unlike the old High Line, the right-of-way is still useful for transportation in the rail-starved neighborhoods. New York pols are stumping for a study on reactivating the old Rockaway Beach Branch railway so that trains, not exotic cockroaches, might some day again run on the line.