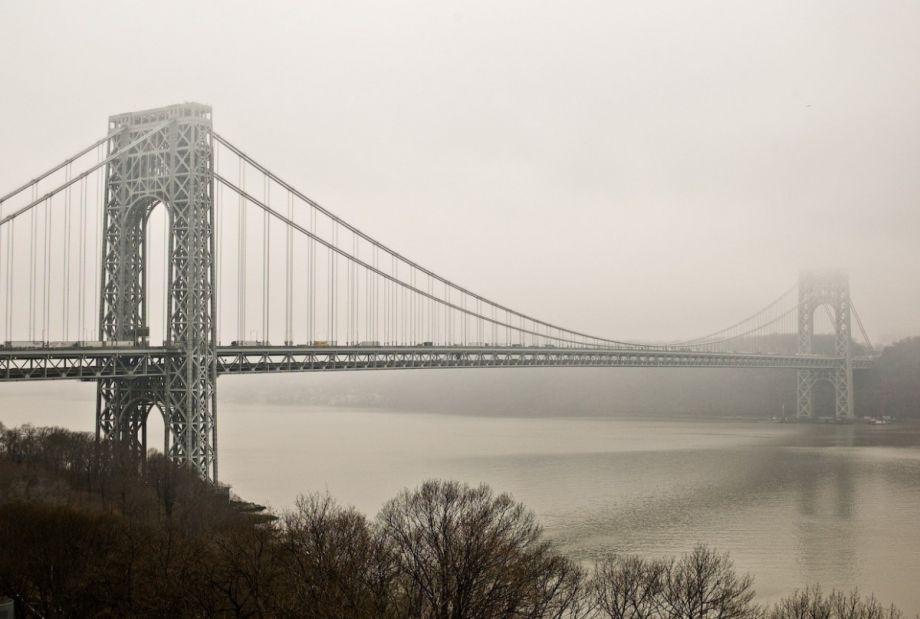 When the Port Authority of New York (and, later, New Jersey) was first created, it was a trailblazing agency. Its infrastructure projects were second to none — the George Washington Bridge, its first major project and most impressive, carries more traffic than any other vehicular bridge on earth. And its political structure as an independent authority overcame corruption and petty rivalries between the two states to build half a dozen crossings on the Hudson River. It was a triumph of progressivism.

But those days are long gone. The agency’s freshest scandal is extraordinarily brazen and petty, and New Jersey Gov. Chris Christie’s political ambitions have launched it into the national news. Tellingly, the George Washington Bridge lane closures scandal is actually one of the Port Authority’s more benign foibles in recent years.

The independent authority model was supposed to — and perhaps initially did — encourage professionalism and discourage political interference. Today, we seem to get the worst of both words out of the Port Authority. Its political independence is gone, but its financial independence remains intact and has enabled a profligacy and string of failures that only the U.S. military could match.

Its most high-profile failure has been the reconstruction of the World Trade Center, which never had much of a relationship to bistate commerce in the first place. Under pressure from then-New York Gov. George Pataki, the Port Authority made design decisions without anything resembling a realistic planning process. The result, a few governors later, is that the site has set world cost records in probably four categories: Office towers, subway stations, parking complexes and pedestrian passageways. (As for petty rivalries, there’s some of that too at the World Trade Center.)

And that’s far from the agency’s only major policy failing. The Port Authority would have been the perfect actor to take the lead on a new trans-Hudson passenger rail crossing in the 1990s and 2000s. A new passenger rail tunnel between New York and New Jersey is desperately needed, since Amtrak’s intercity and New Jersey Transit’s commuter trains still squeeze through one pair of century-old tunnels.

Cooperation between New Jersey Transit, Amtrak and the Long Island Rail Road would have gone a long way toward maximizing the value from new tracks beneath the Hudson. In any other first-world country, a tunnel beneath the Hudson would have been accompanied by a regional plan that would forge together routes from all three services, creating a subway-like pattern that could take you from one end of the region to the other on a single train. It would have been a massive change for stultified organizations like the MTA, New Jersey Transit and Amtrak, but uniting warring factions was supposed to be at the core of the Port Authority’s mandate.

The Authority did take part in early studies about what later became known as the ARC tunnel, and was supposed to fund much of it. But it took no leadership role in designing the tunnel. New Jersey Transit instead came up with an expensive and inefficient scheme to build a tunnel 15 stories below Macy’s, near Herald Square. This would have literally cemented in place bureaucratic turf battles between the region’s railroads, leaving the new terminal permanently disconnected from Penn Station and all other rail services while dramatically increasing capital and operating costs, flying in the face of basic tenets of engineering.

“If you’re not in charge, you’re fucked,” NJ Transit’s executive director told one transit advocate pleading for more cross-agency cooperation. The Port Authority, whose founding mission a century ago was to build a rail connection between New Jersey and Manhattan, was too preoccupied with the World Trade Center to get involved with designing the tunnel that they were going to spend $3 billion on.

Christie eventually killed the tunnel. He did it for the wrong reasons — so that he could use the money to keep New Jersey’s gas tax low — but the project at that point was so poorly designed that this came as an unintentional mercy killing. It’s a shame the project was set back so many years, but Amtrak’s Gateway version of the tunnel will likely one day get built in its place, and riders will be much better off for it.

Even the smallest transit projects suffer from Port Authority mismanagement. The Lincoln Tunnel exclusive bus lane, the only one on any of its half-dozen Hudson River crossings, is only active during the morning rush hour going into Manhattan. Despite its status as the most productive bus lane in North America — when open, it carries more commuters into Manhattan than either the PATH subway or NJ Transit commuter rail — the Port Authority has maintained just the one lane part-time for over 40 years.

The Lincoln Tunnel has the Port Authority’s only exclusive bus lane, and a part-time one at that. Credit: Giordano Merenda on Flickr

As measure of how far the Port Authority has strayed from its core function, it now does not have the money to rebuild the Goethals Bridge, something that would cost just one year’s worth of toll revenue. Instead, it is seeking more expensive private financing, which it’s spinning as the region’s largest public-private partnership.

Thomas Wright, executive director of the Regional Plan Association, suggests fixing the agency by having its commissioners pick its leadership — that is, having political appointees select the agency’s heads, instead of politicians doing it directly.

Both Crain’s and Wright ignore the biggest flaw with the agency: Its independent authority structure combined with a massive guaranteed funding stream. The Port Authority has no ability to levy taxes in New York or New Jersey. Rather, it derives power from the tolls that its portfolio of Hudson River crossings takes in each year: $1.4 billion budgeted for 2013, with the George Washington Bridge responsible for almost half of it. This arrangement was supposed to insulate the agency from political pressure. Back in the early days, with strong leadership at the helm, it worked. But Christie and the many governors before him have long since breached this firewall. Now, the Port Authority’s off-budget existence serves to insulate it from oversight.

To return accountability to the critical transportation assets managed by the Port Authority, it’s time to cut off the flow of money. The agency’s lifeblood, its toll revenues, should be returned to a combination of the New Jersey, New York state and New York City general treasuries, to be doled out by their respective legislatures (minus the cost of maintaining the crossings). A bistate authority with no ability to spend outside of rebuilding could carry this out, and the legislatures should ensure that NJ Transit and bus companies are given more access to dedicated lanes on Hudson River bridges and tunnels.

Next up are the airports. The independent authority model works for airports, since strong ones (such as JFK, LaGuardia and Newark Liberty) are relatively self-funding. Unlike New York’s existing bridges and tunnels, airports do not throw off so much revenue that they inevitably attract corruption.

The seaports can be handed back to their respective states or cities, leaving it up to them decide what to do with the facilities — to privatize, contract out or manage themselves; to keep them separate or join through partnerships; to operate directly or as independent authorities.

This leaves the PATH subway as the last major piece of Port Authority infrastructure. At one time, incorporation into the New York City subway system would have made sense. The networks could have been physically fused through a short tunnel between the 6 train terminal at the Brooklyn Bridge and the World Trade Center terminal of the PATH system. But the Port Authority ruled that out with its nearly $4 billion Calatrava-designed extravaganza.

Anyway, the MTA has similar, though not quite as dire, problems to the Port Authority, as well as a similar independent, self-financing authority structure. (It still sells bonds against future East River bridge and tunnel tolls under the legal name “Triborough Bridge and Tunnel Authority,” reflecting its origins as Robert Moses’ unchecked road-building fiefdom.) Like the Port Authority, it’s beset by skyrocketing construction costs and steadily rising labor outlays, and has shown itself completely unable to encourage cooperation between its constituent agencies.

The best home for the PATH would be with New Jersey Transit. Though by no means a perfect agency, suffering from gubernatorial neglect and general American transit agency disfunction, NJ Transit has shown occasional initiative — since 2000, it has built the very successful Hudson-Bergen Light Rail system in the Port Authority’s own backyard, and has extended Newark’s light rail system. It has not shown the same propensity for waste as the Port Authority, and handing it control of the PATH will at least ensure that effective transit, not budget-busting architecture and feats of engineering or airport access, is the bistate subway’s primary mission. Even if the PATH doesn’t get any better under NJ Transit, it would cost taxpayers a lot less money.

Then there’s the real estate. The Port Authority had no business building the World Trade Center in the first place, and should auction off portions of the site it still owns as soon as possible, returning the funds to New York City and the states of New York and New Jersey.

The New York region has, in its past, had two wildly successful independent transportation authorities. Over time, they’ve acquired a reputation for poor performance and a grievous lack of political accountability. At their best, they efficiently reflected the policy goals of the personalities who drove them. At their worst — and the Port Authority, at least, is clearly there — they have devolved into off-budget slush funds, wasteful and easily politicized. The Port Authority has been corrupted by its riches, and it’s time to give the people of New Jersey and New York their infrastructure back.