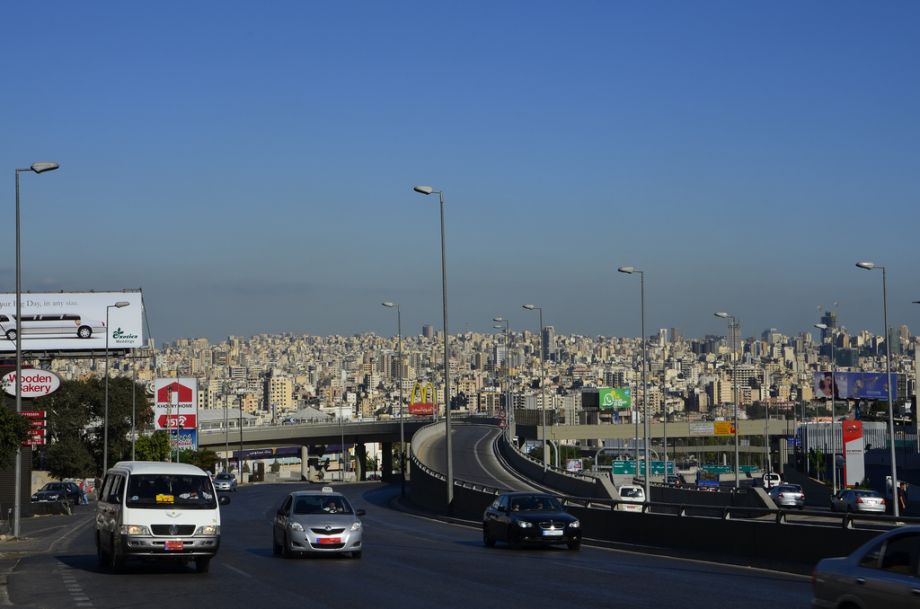 In Lebanon, there is one car for every two people. Photo credit: objectivised via Flickr

Arranging a meeting in Beirut is a complicated affair. With few street addresses, directions are often given according to proximity to major landmarks, usually taking at least one or two phone calls as you close in the location. Coordinating an exact time is also an art; depending on the day and time — or just dumb luck — the unpredictability of the city’s traffic could mean you arrive an hour late, an hour early, or sometimes, not at all.

There’s a very simple reason for all this gridlock: an insane number of cars. For a developing country, Lebanon’s car-ownership rates are off the charts, with approximately one car for every two individuals, according to a Harvard University study. Compare that to Turkey, where there’s one car for every seven people, or South Africa, where there’s one for every five. All these cars spend hours jammed onto a single north-south artery that runs the length of the 200-kilometer Mediterranean strip connecting Beirut to the cities of Tripoli and Jounieh to the north, and Saida and Tyre in the south. More than 250,000 make the commute into Beirut for work daily, adding stress to the already overstretched grid. The congestion, found the Harvard study, causes $2 billion per year in lost productivity.

It wasn’t supposed to be this way. Dr. Tammam Nakkash, a managing partner at TEAM International, an engineering and management consultancy, was one of the original architects of a proposal for a comprehensive Greater Beirut Transport Plan. The proposal, originally drafted in 1994 amid a flurry of government initiatives to rebuild the city after Lebanon’s 15-year civil war, hinged on a public transport scheme that included bus rapid transit lines and a revival of the city’s destroyed tramways. The plan was divided into short- and long-term phases, and addressed traffic management, corridor improvement and parking.

That plan is now collecting dust in the bowels of the Ministry of Public Works and Transportation. After a series of amendments and a promise from the World Bank for funding that was ultimately redirected, the project lost steam, eventually hobbling its way into parliament in 2011 and stalling at the cabinet level, where it effectively died.

“There was a very myopic vision for public transport,” says Nakkash. “Buses are very easy to procure, but they didn’t think about the difficulties in having the right institutional frameworks — in terms of having private operators, but a public regulator thinking about safety, fair competition, service provision, etc.”

With little hope for a public transport overhaul anytime soon, smaller scale ideas are being floated. One involves utilizing the country’s system of shared taxis, called “service” cars, which operate sort of like a cross between a bus and a cab, picking up customers according to the route others are already taking. Passengers hail the taxis and tell the driver their destination; they are then accepted on the basis of whether the other passengers already on board are going that way. The system is widely used and without it life on Beirut’s streets would be worse than it already is. Fees are set at a flat fate of 2,000 LL ($1.30) for one trip, making it affordable and democratic. The highly informal service is unregulated, with drivers neither registered as public transport providers and cars not subject to any safety standards or checks. Nakkash says the system could work as a “feeder” network to a broader public transport system if properly regulated.

“The great thing about this service is it increases vehicle occupancy,” he says, “but it follows fixed routes so passengers know where the trip starts and ends, and there should only be specific areas for passenger stops, which again needs enforcement.”

Another option, road widening and the construction of new highways, seems to be getting faster approval for development, but it’s not without controversy. One new arterial, the Fouad Boutros Highway, already undergoing a feasibility study and set for approval this summer, will see a 1.3-kilometer, four-lane highway run through the northeastern Achrafiyeh area, and according to Beirut Mayor Bilal Hamad, will alleviate traffic by opening up the northern entrance to the city and in the inner streets of the neighborhood.

Some 3,000 people have signed an online petition against the development, arguing that it will increase traffic and destroy some 30 local heritage buildings, cutting through some of the city’s rare green spaces and groves.

“It is a missing link in the network, it’s true, but that’s the only argument I have heard for the project,” said Nakkash. “But you don’t achieve anything by expanding highways except putting more people on them.”