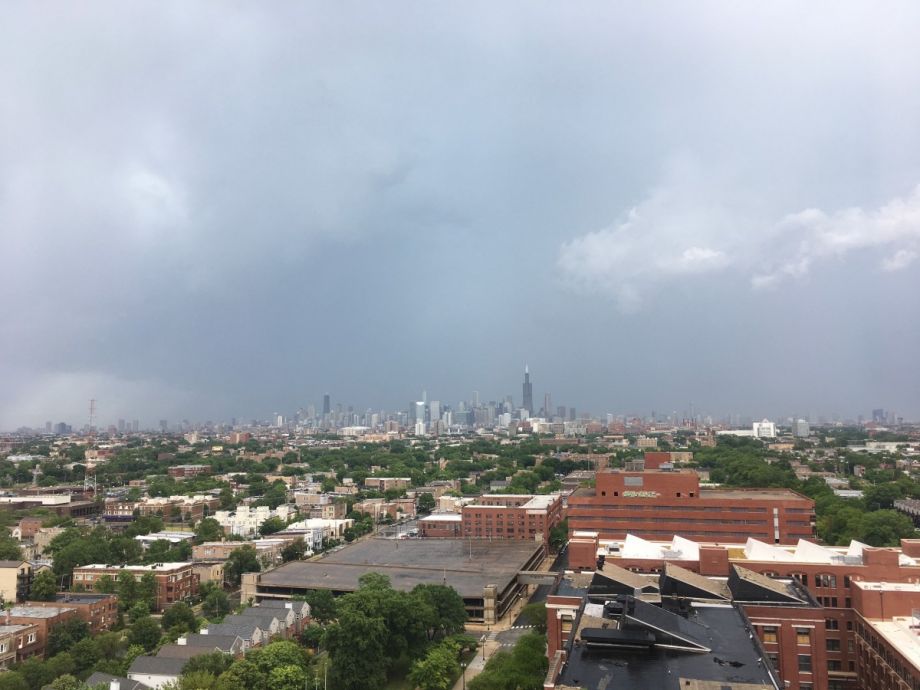 EDITOR’S NOTE: The following is an excerpt from “The War on Neighborhoods: Policing, Prison, and Punishment in a Divided City,” by Ryan Lugalia-Hollon and Daniel Cooper, now available from Beacon Press.

Eight thousand people attended his funeral. All of Chicago’s leading politicians were there. Mayor Harold Washington spoke. So did former state’s attorney and later mayor Richard M. Daley and civil rights leader Jesse Jackson. This was November of 1984. They were all there to pay respects to Ben Wilson, the highest-ranked high school basketball player in the country, who had recently been shot to death by another student after a confrontation outside a favorite lunch spot, near Simeon, their south side high school. ESPN even aired a special tribute about Wilson’s life and his tragically lost potential. At that time in Chicago’s history there was a profound outcry to end the violence that plagued young people and communities across the city. Today, over thirty years later, we are still hearing that cry.

Since Wilson’s death, more than twenty-one thousand people have been murdered in Chicago. The news of young people being shot has become a tragic norm, an unacceptably routine reality. In recent years, many of these deaths have made national headlines: Blair Holt, who was shot and killed on a Chicago Transit Authority bus in 2007. Derrion Albert, who was beaten to death on his way home from Fenger High School after school in 2009. Hadiyah Pendelton, who was fatally shot in a park near her home in 2013. Tyshawn Lee, a nine-year-old who was shot and killed in November 2015. All of these murders were of young people who posed no threat to anyone. All of their deaths were covered by local and national media. But none of their stories led to lasting changes in how the City of Chicago understands violence or attempts to prevent it from happening.

The political will to address the root causes of violence has been missing in action. While there has been no shortage of powerful speeches, when it is time to set annual budgets, policymakers act as if deaths cannot be prevented. Every few years, old policing strategies receive new brands, new buildings, and infusions of technology, but the fundamental strategy does not change. Just east of [the west side Chicago neighborhood of] Austin, in Garfield Park, a $95 million police and fire training facility is being built, right next door to the shuttered factories that once brought economic stability to the area. Meanwhile, community-based violence prevention programs struggle to keep their lights on. This is part of how the war on neighborhoods is sustained.

In a now predictable pattern, signature prevention programs emerge and temporarily gain attention but the actual funds required to uproot violence are always missing. Task forces are occasionally organized, comprehensive plans are periodically developed, but these efforts have lacked the political willpower and financial resources to end the problem. The majority of resources and staffing are poured into a narrow law enforcement focus, largely ignoring the potential role of community leaders and organizations in the work to make neighborhoods safer. Even as violence continues to plague Chicago streets in predictable ways, concentrated punishment has carried on, without interruption.

Today in Chicago, violence continues at alarming rates. Like many cities across the country, Chicago saw historic lows in violent crime near the start of the twenty-first century. From 2004 to 2014, Chicago had the lowest number of homicides it had seen since the early 1960s. But in 2015 that trend started reversing sharply, and Chicago was one of a quarter of US cities that saw their murder rate increase. Tragically, Chicago’s upward trend was no outlier. In 2016, there were 58 percent more homicides in the city than in 2015. 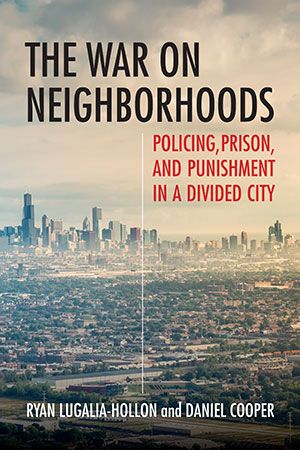 Violence in Chicago has become much more concentrated in recent years. Over the past fifteen years, the violence rate in Austin has been consistently around 50 percent higher than the average for Chicago as a whole, with the disparities much greater when compared to the North and Northwest Sides. During the early 1990s, the most dangerous third of Chicago neighborhoods had only six times more homicides than the safest third. Across Chicago neighborhoods today, the most dangerous third of the city has somewhere between twelve and sixteen times more homicides than the safest third. This concentration has been called a “public safety gap,” “murder inequality,” and “a tale of two cities” — descriptors that point to the ways residents’ experiences of safety depend greatly on where they live. Areas like Austin are at the losing end of this gap.

As the stories of Blair, Derrion, Hadiyah, and Tyshawn teach us, residents on the city’s West and South Sides are incredibly vulnerable. To really understand these shootings, it is vital to take a more comprehensive look at violence, to see beyond the common stories found in news headlines and police reports. Well before Ben Wilson’s shooting in 1984, a powerful narrative existed that says violence results primarily from individual choices, that its effects are easily visible and thus containable. Accordingly, removing those who commit violent acts has been the dominant response; condemning them as criminals and putting them away, for years or decades at a time, has been treated as a lasting solution.

But violence is not so simple. It cannot be explained away by individual choices, nor can it be fully understood by looking at environmental and external conditions. On the one hand, yes, most neighborhood violence involves one person harming another. On the other hand, it is equally true that extended economic exclusion leads to emotional desperation, and harmful acts are all but inseparable from the contexts in which they take place. This side of the equation is well represented by the saying, “The best way to stop a bullet is a job.”

There are vast spaces in between these two poles, between individual responsibility and socioeconomic context. How do trauma and economic exclusion intersect? How do racially unjust policies — food deserts, under-resourced schools, toxic incinerators placed in poor neighborhoods of color — impact individual decision making? How is toxic and traumatic stress passed on from generation to generation? The field of public health offers some entry points into answering these questions. From tracing the impacts of childhood trauma on adult outcomes to mapping the ways that violent behavior spreads across social networks, this field has made powerful advances in helping us understand the drivers of violent behavior. But these drivers are rarely taken into consideration when public-safety policies are set.

Policymakers must learn to see the complexity of violent acts. A husband beating his wife in the name of control. A bully pushing a physically weaker student down the stairs. A man raping a woman in the name of conquest. A struggling soul, unable to see the return of hope, taking her own life. These are all daily forms of harm. Often, they feed on one another. The exploited worker becomes the abuser. The child whose mother was beaten becomes the gang member who attacks another youth, picking up an easily available firearm. The young person shot becomes the bully in school, with teachers too overworked to trace when his behavior changed. The student pushed down the stairs becomes the struggling soul who takes her own life, a tragedy that forever lives in the minds of her younger siblings.

This is how the cycle continues, with long-forgotten acts bearing influence in ways that can be hard to see, often blurring the lines between victim and offender. Policies and individual actions are far more connected than most like to admit. It is far easier to keep relying on suppression-oriented strategies that require no admission of societal guilt, no fundamentally new direction, no reallocation of resources. But only by facing the complexity can people, both policy makers and everyday leaders, begin to change the patterns.

Daniel Cooper works with organizations in Chicago on issues such as violence prevention, justice system reform, community development, and health equity. He holds a PhD in Community Research and Action from Vanderbilt University and a Masters in Urban Planning and Policy from the University of Illinois at Chicago. He is the founding executive director of the Center for Equitable Cities at Adler University in Chicago.