Here’s How American Cities Can Learn From Italian Piazzas

Here’s How American Cities Can Learn From Italian Piazzas 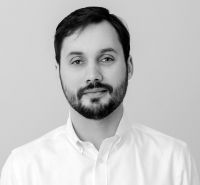 A spring day in Piazza Maggiore, in the author’s native Bologna, Italy (Photo by A. Ghigo DiTomaso)

When the paradigm of modernist architecture crumbled, urbanists began a quest for credible alternatives that often took them to the streets and squares of old Italian cities.

Deciphering the code of Italy’s thriving public life became a process of redemption from the sterilizing over-rationalization of the urban landscape that had been carried out by professionals of the previous generation. Italy is where Jan Gehl began his monumental research on public space and where many great American scholars conducted a considerable part of theirs, laying the foundation for people-centered urban design.

Nevertheless, despite the seminal research of Gehl and other far-sighted scholars, too often the fascination with the architecture of the Italian peninsula inspired superficial or diluted reinterpretations of its stylistic canons.

In the ’70s, ’80s and ’90s, architectural pastiches in Italian sauce proliferated across Europe and the U.S., but the spatial values that informed the architecture those projects referred to were almost always lost in translation. Propelled by postmodernist architects like Charles Moore, designer of the infamous Piazza d’Italia in New Orleans, these projects took on the finishings of the classic Italian piazzas with none of the substance. They were placeless places.

Piazza d’Italia in New Orleans, designed by Charles Moore in 1975

Now that a growing faction within the urban design community is coalescing around design values that focus on people and not on style, it is time to go back to square one, and reexamine what Italian piazzas have yet to tell us about the public places we aspire to create.

I recently found myself considering Italian placemaking while working on a new project Gehl Studio developed in partnership with the Knight Foundation, San Jose’s Tech Museum of Innovation, and the City of San Jose. Dubbed “Innovation in Public,” the project involved an ethnographic study of the plaza and the development of a design brief to inform future interventions with the aim of helping the space realize its potential as a “place for people.”

San Jose City Hall is less than 10 years old. Designed by California architect Richard Meier in the early 2000s and opened to the public in the fall of 2005, the vision for the $382 million complex included a public plaza that aspired to serve as a new Agora for the Silicon Valley. When confronted with the project’s task, Meier looked once again to Italy. This time the references did not regard decorative aspects but rather architectural typologies. The entire complex is defined by three gestures: a soaring tower hosting all municipal public offices in the tradition of the Italian Palazzo, the sweeping curve of the City Council building that embraces the public space and a rotunda at its very center, both of which strongly evoke archetypes of the Renaissance. However, not even this more substantial invocation of Italian models seems able to conjure the public life such models foster in their original location. A decade after opening, the plaza feels barren and often sits empty or nearly so. Far from realizing its aspirations as a center of urban life, the complex remains much like a shimmering cathedral in the desert. We are left asking ourselves if looking back to the architectural tradition of the Italian peninsula is of any use at all when we design new public spaces in our cities.

Trying to wrap my head around these questions, I found myself walking across the space of the San Jose City Hall while thinking of the city hall square of my hometown, Bologna’s Piazza Maggiore. The heart of a prosperous and dynamic metropolitan area of one million people, just like San Jose, Piazza Maggiore is an astonishing realization of everything we cherish about successful public space. It is the hearth of the city’s daily life; a place of constant teeming yet composed activity that sleeps only when the city sleeps. The piazza is the primary destination for all people, regardless of their social strata or race in a now more multicultural Italian society. It is always the place to go, whether on an ordinary day or on those special occasions in which we congregate to celebrate, or to protest. Having served this role throughout the city’s history, the piazza is also the soul of its collective memory and the most potent symbol of the city itself.

So, why are these two spaces performing so differently while trying to do exactly the same thing? An easy answer could ascribe all responsibility to the context in which these two squares find themselves. One could argue that the reason why a place like Piazza Maggiore works so well is the thriving public life of the rest of the city and the Italian habits that make life revolve around public space. While this is certainly an important factor, I believe there is more to it than simply this. I argue that some of the reasons why places like Piazza Maggiore thrive are to be found in the spatial characteristics that their design entails. Such spatial characteristics can be looked upon, understood, and replicated elsewhere, truly enhancing the quality of new public places, unlike the merely anecdotal reproduction of decorations or out-of-context typologies.

The design of the San Jose City Hall Plaza, as many newly designed public spaces across America, overlooks a series of spatial principles that are rarely missing in any of the thousands of piazzas in which you might find yourself enjoying a gelato.

Keep Centers at the Center

Piazza Maggiore seems to have it clear: The best way to create a thriving center for the city’s public life is by positioning it at the center of the city’s public space. In fact, the location of Italian City Hall piazzas with respect to the surrounding urban fabric is anything but arbitrary. With a few exceptions, they are to be found at the heart of the city’s oldest core, persevering in their location and function throughout the tumultuous course of the city’s history. Functioning as nuclei of their city, while everything else around them might change, they remain the same, as if their role was to preserve the “genome of the city’s public life.” As many new city halls across America, San Jose City Hall seems to ignore this rule of thumb: Now at its third location since the incorporation of the municipality only 150 years ago — a few blocks too far from the core of a reflourishing downtown and at the edge of the city’s center — the plaza remains on the sidelines, watching the life of the city pass by from a distance.

If Piazza Maggiore could talk, it would tell you that the life of the city shaped its form and not the other way around. Great piazzas became such by successfully serving as nodes of the pre-existing pedestrian patterns. They are places that offer you the opportunity to change your path and perhaps your mind on what you want to do. They present you with all of the routes you have not yet taken. And, most importantly, they allow you to encounter the people that have taken those different routes. This sense of possibility, as well as the actual direct or indirect interaction with the people that are set off to do things that are different from the ones you are doing, is what provides the place with some of its most relevant values. Largely untouched by the urban paths that define the downtown, San Jose City Hall Plaza can be traversed in only one way, and while such passage is not a true thoroughfare, it is what saves the space from total inactivity after City Hall operating hours. More paths would mean more life.

You would think this would be clear to everyone by now: Active and permeable ground floors are a sine qua non for the functioning of an urban plaza. This is what really provides Piazza Maggiore and most Italian Piazzas in general with the fuel and spark of their vibrancy. The monumental scale of the churches and palazzi is broken down to the human scale with the insertion of fine-grained bustling commercial activities. Yet, unfortunately, it seems like not even this rule can be archived in the folder of “lessons learned.” Look at San Jose City Hall Plaza and you will find a trade show of ground floor life-suckers: a vacant lot, a multilevel parking garage, a gas station and the parking lot for a big box retail complex wrap around the space, rendering any intent of the design of the plaza irrelevant.

Set the Stage (and the Arena)

When these three primary conditions are present, the spectacle of public life is set to unfold, and Piazza Maggiore would tell you that there is nothing more irresistible than that. Even in the least exhibitionist of societies, the activity of a successful urban plaza becomes a theatrical play in which we spontaneously choose to take the role of the actor at times and the role of the spectator at others. Good plaza design subtly defines the space of the stage and the parterre for this ever-changing and always captivating play. Again, nothing is arbitrary in the definition of these elements. Successful open-air theatre relies on a delicate balance; it requires a most favorable microclimate of light, shade, and wind. The space must be framed for the right views and vantage points. It must be carefully arranged with spaces for people to linger, and sometimes places to hide

As a public space designer, going back to square one means to rekindle the memory of that one place that defined my identity as a citizen; to go back to that piazza that offered me a grey and pink stone stage to be, act, and represent life in public, and the white marble steps where I sat to watch my fellow citizens be, act and represent theirs. The public spaces of tomorrow won’t, and shouldn’t, look like the spaces of yesterday but they can share the same power and they can provide the same stage.

Ghigo was trained as an architect in Florence, where he picked up the tools of the trade while engaging directly with the city’s heritage and feeding a strong interest in urban history and theory. In 2012, he relocated to the Bay Area to join Rebar Art & design Studio. He is currently an urban designer at Gehl Studio and a lecturer in landscape architecture and environmental planning at UC Berkeley College of Environmental Design.