It May Get Easier to Air Condition Your Exurban California McMansion 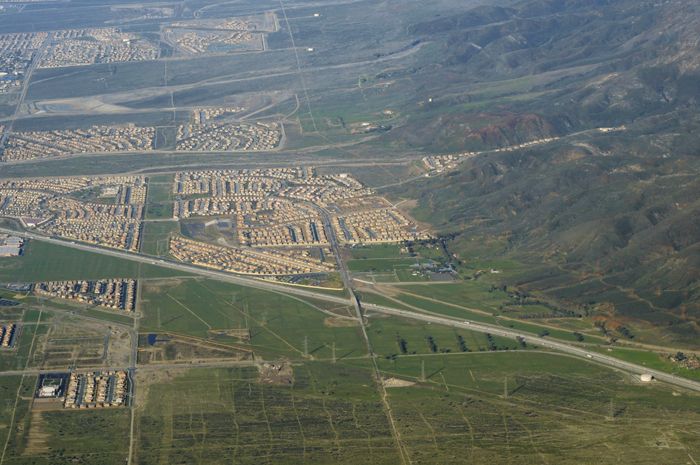 On Monday, California Gov. Jerry Brown signed into law Assembly Bill 327, which directs the California Public Utilities Commission to make a number of changes to electricity rate structures. One part of the law, especially relevant to solar panel users, gives the CPUC the ability to let utilities levy a fixed monthly charge of up to $10 on consumers, to cover fixed infrastructure costs that don’t vary with consumption.

But another part of the bill directs the CPUC to change rate structures in such a way that would lower power bills for those living in hotter, inland areas, while hiking the costs borne by consumers in temperate coastal areas.

“In the current rate scheme,” Assemblyman Henry Perea, a Democrat from Fresno, told NBC 4 in Los Angeles, “there’s a lot of cross-subsidy.” Wealthier coastal residents, he argues, are getting a break at the expense of poorer inland Californians.

Perea’s bill just got signed into law, but was his premise true?

Frank Wolak, director of Stanford University’s Program on Energy and Sustainable Development, told Next City that “if anything, it’s the other way around.” CPUC sets electricity rates as a stepwise function, with the price of each kilowatt-hour (kWh) of electricity increasing as you consume more power.

But the steps for each region are not equal. “Because the inland guys face hotter weather,” Wolak explained, “they actually increase the length of the step for them versus the coastal residents.” Energy consumers in warmer inland areas can buy more electricity at cheaper prices than those closer to the coast.

And they generally do. Pacific Gas & Electric customers in the rate zone that hugs California’s coast consume 13.9 kWh of electricity per day on average. One step inland, in places like Hayward and Concord east of the San Francisco Bay, households use 19 kWh every day. Drive out toward Sacramento and average daily use climbs to 24.4 kWh.

“The same level of consumption inland is cheaper than it would be on the coast,” Wolak said, but because inland temperatures are so much higher, they end up using more power in the summer months.

Severin Borenstein, a professor at Berkeley’s Haas School of Business and director of the University of California Energy Institute, agreed. “Perea isn’t right,” he wrote in an email, linking to a working paper he wrote in 2011.

“While it is frequently argued that IBP” — increasing-block pricing, or the formula California utilities use to set electricity prices — “causes a subsidy from the hotter inland areas of each utility’s service territory to the cooler coastal regions,” he wrote in the introduction, “this is not the case.”

“The average price paid per kilowatt-hour,” he concluded, “is very nearly equal across climate regions.”

So if inland residents aren’t actually subsidizing their coastal counterparts, what’s behind the legislature and governor’s desires to shift the cost burden?

Matthew Kahn, an environmental and urban economist at UCLA’s Luskin School of Public Affairs, sees it as essentially a redistributive measure. “Richer people live on the cost and poorer people live inland,” he said in a phone interview. “I think two of the governor’s goals — of helping the middle class, which disproportionately live in these [inland] areas like Riverside, but also the low-carbon economy goal — are slightly in conflict. Cheaper energy doesn’t help. It discourages energy efficiency, it encourages development in the wrong places — places that are becoming increasingly wrong with climate change.”

The problem, as Kahn sees it, is that California’s more desirable and cooler coastal areas have essentially zoned out growth through notoriously anti-development land use rules, forcing people to warmer and more energy-intensive areas through high coastal housing prices.

In Southern California, someone who might want to live in Santa Monica (average high temperature in August: 71 degrees Fahrenheit) or Beverly Hills (85 degrees) instead gets priced out to San Bernadino (97 degrees). In the Bay Area, someone who’d prefer Berkeley (74 degrees) is told “drive till you qualify” and ends up buying a home in Pleasanton (89 degrees).

“My compromise,” Kahn said, “would be for the liberal, rich bastions to allow more building. Lower housing prices would allow more people to take advantage of the coast’s cooler temperatures and lower energy costs, and Jerry Brown wouldn’t have to try to balance energy equity with energy efficiency.