Istanbul Plans Metro Line Under the Bosphorus – Next City 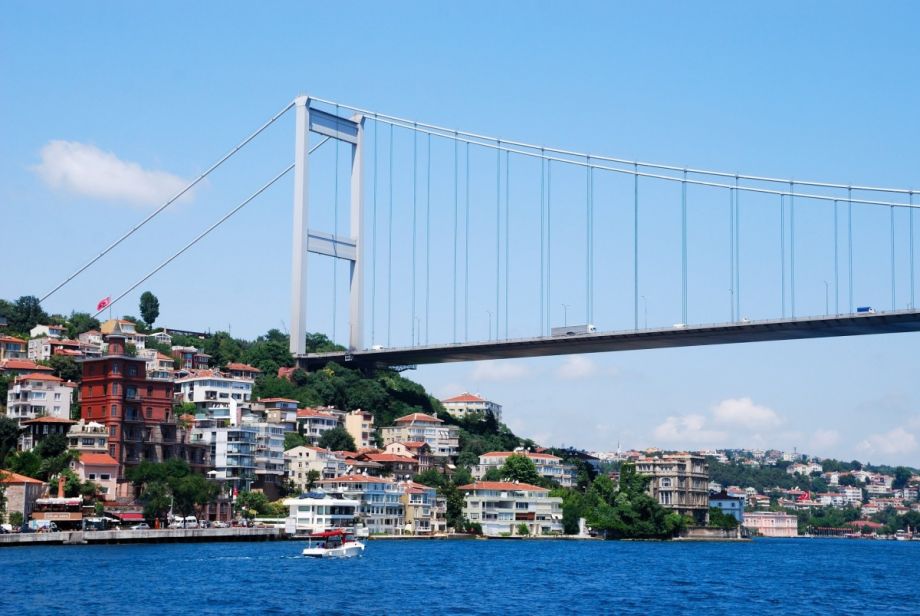 Now that trains run the entire length of the trans-Bosphorus Marmaray regional rail line through Istanbul, Turkey is turning its infrastructure attention to a second tunnel under the strait, this time carrying a metro line from Asia to Europe.

According to a story in Metro Report International, Turkey’s Ministry of Transport and Infrastructure plans to build a three-deck tube beneath the Bosphorus that carries road traffic on its upper two decks and the metro line on its bottom one. The 4.3-km (2.67-mile) tunnel would run between Burhaniye and Mecidiyeköy.

The tunnel will be the central link in a 30.2-km (18.77-mile) line running between İncirli on the Thracian, or European, side of Istanbul and Söğütlüçeşme on the Anatolian, or Asian, side. The line will have 11 stations in Europe and four in Asia. The Asian stations include interchanges with the Marmaray line, metro line M4 and future metro line M5.

The International Railway Journal reports that three days of free community events led up to the April 22 start of revenue service and that 25,000 passengers rode the line for free on its first day of operation.

The initial segment runs 12 km from Gungahlin Place in the northern suburbs to Alinga Street in the heart of the Australian national capital. Built and operated by a public-private partnership known as the Canberra Metro consortium, the line cost A$707 million (US$503 million) to build, a figure that came in even lower than the downwardly revised estimate of A$783 million (US$551 million).

A second phase of the project will take the line south from the city center to Woden. Planning for that extension is underway, but no timeline for financing and building the line has yet been announced.

Facing persistent budget deficits and a maintenance backlog, MTA New York City Transit is turning to a new source of funding to help tackle its crises: the sun.

More specifically, AM New York reports, the MTA announced Monday (Earth Day) that it plans to lease roof space on its subway yards, bus depots and maintenance facilities to power generators willing to install solar panels on them. The generators would then sell the electricity the panels produce to the local electrical grid.

“Green energy always had a dual benefit — it can help save the planet and it can be a big moneymaker as well,” MTA Chief Development Officer Janno Lieber said in a statement.

The MTA did not release figures estimating how much money it might make from the leasing of roof space. The agency has more than 10 million square feet of space on the roofs of its buildings and over its bus and rail storage yards and subway repair shops, enough to install panels that can supply 100 megawatts of power, sufficient to supply 18,000 households.

The agency is starting out with small steps: It has requested proposals to install panels capable of generating 6.5 megawatts of energy at seven sites. The authority plans to negotiate with the selected companies beginning in September.

Know of a project that should be featured in this column? Send a Tweet with links to @MarketStEl using the hashtag “newstarts.”