Is Phoenix’s Housing Market Ready to Rebound? (UPDATED) – Next City 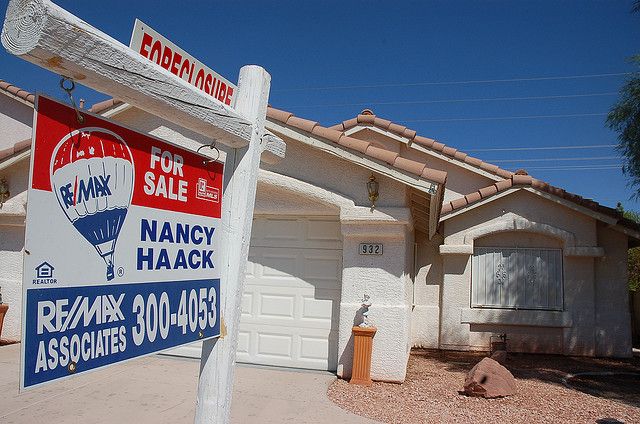 Like other Sun Belt cities, Phoenix was a town that reveled in the excess of the housing boom, which fueled its economy with thriving construction and real estate industries. Foreclosure signs and abandoned properties, however, have littered the city since the bust.

But there’s a chance that things may start looking up for Phoenix.

In a 12-month period that ended in April, prices for existing homes in Phoenix and in surrounding areas rose 25 percent — a significant rise after four years of little improvement. According to recent statistics released by the National Association of Realtors, Phoenix’s home values have risen at a faster rate than those nationwide, with an increase of 10.1 percent for the median price of existing single-family homes.

Most seem to agree that the growth cannot be entirely attributed to Phoenix’s slowly regenerating economy. Instead, a classic equation of low supply and high demand seems to be driving the rise in prices.

In the aftermath of the recession, developers in Phoenix have been wary of committing too much money to new projects. An unexpected increase in demand for homes has left builders scrambling, while homeowners wait for prices to rise further before putting their houses on the market.

The number of foreclosures in the Phoenix area dropped by 62 percent in the past year, which means there are fewer cheap properties available on the market. In June, bank-owned properties made up 14.1 percent of residential home sales in Phoenix, down from 40.8 percent last June.

The drop in foreclosures has not been reflected across the nation, and for the second month in a row, the number of U.S. homes entering the foreclosure process for the first time increased on an annual basis.

Though Phoenix housing prices have not fallen since September, real estate analysts caution that the real estate market isn’t booming quite yet. The Phoenix metro area still has the third-highest rate of foreclosure among the nation’s 20 largest metro areas, despite a 30 percent drop in foreclosures over the past year.

Phoenix’s housing market may have not made a complete turn around yet, but with demand high, a rebound may be in store for its future.