Is Effective Decision-Making Possible at the Regional Scale? – Next City

Is Effective Decision-Making Possible at the Regional Scale? 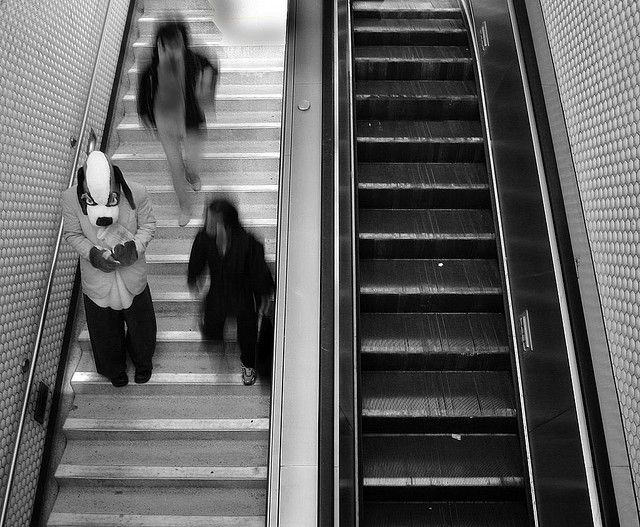 Talk to people about public transportation in the Bay Area, and you’ll always hear the same sort of thing: There are too many conflicting interests, and they’re working at cross-purposes.

It’s an odd reflection on a region with some of the nation’s best transit, and thus sometimes it’s difficult for outsiders to understand. But for people who are pushing for improvements in the day-to-day commutes of the hundreds of thousands of people in the area who rely on public transportation, it’s a frustrating reality. And it puts into question whether other regions with similar political divides will be able to work effectively as a unit.

“It’s a very fragmented government,” said Tom Radulovich, a member of the BART rapid transit board. Though one agency, BART, provides service to much of the region, most of the other transit operators are confined to their limited districts. This means that buses in San Francisco are run by one group, while those in Oakland and San Jose are operated by two others. Each has its own staff, own maintenance facilities, and own priorities.

The end result is a seemingly permanent conflict of interest between the agencies, all of which have to compete for the same pot of funds controlled by the federally authorized Metropolitan Transportation Commission (MTC). The MTC commands control over transportation spending in nine counties and 101 municipalities encompassing seven million people.

The situation was so bad until recently that customers using multiple forms of transit had to have separate passes for each. Only the introduction of the Clipper Card this year (after a decade of work) helped improve that problem. But other circumstances make the balkanization of control still relevant — and could mean that taxpayers in the area are paying more than they ought to for the same level of service provided elsewhere, because of an inability to take advantage of economies of scale.

Despite having on its board elected officials from throughout the region, the MTC is structurally suburban-oriented because each county, rather than city, is represented. This, according to Rebecca Saltzman of Living in the O, has produced a strange situation in which “Oakland has no seat on the board.” That city has a population of 450,000.

And indeed, this means that Oakland’s priorities, like ensuring the reliable operation of standard city buses even during the recession, are some times ignored in favor of the MTC board’s preferred investments, like an airport people mover.

It also means that expansions of the transit system off into the low-density suburbs often take priority over improvements in the dense urban areas. At the regional level, building new lines in places where people don’t currently have access to acceptable transit is more politically palatable than spending on areas that already have good transportation, even if the latter community is more transit-reliant and more in need of expensive investments. Thus the MTC is not necessarily even working for the “needs” of the greater region, however defined.

Even so, the fact that cities have a significant amount of power themselves means that they can veto projects that don’t meet their fancy. “At the county level, you might have three different controlling boards. Putting together a big project requires the stars to align,” Radulovich told me. A bus rapid transit project between Berkeley, Oakland, and San Leandro “>has been sidelined by the City of Berkeley, which doesn’t want dedicated lanes for the scheme. Neither the MTC nor AC Transit, the county bus system, has the ability to force through the program.

The MTC, in other words, controls most of the money at the regional level but local governments have the ability to prevent the construction of projects they don’t like. It’s not an ideal distribution of powers.

Even so, this doesn’t mean everyone wants to unite the transportation organizations into one unit. “I don’t think one transit agency would be a good idea,” Eric Chase of the Transbay Blog suggested. That could result in an even further loss of local control, which is prized by many in the Bay Area. It doesn’t seem reasonable to reduce the power of city councils to determine how they want their streets and transportation systems to work.

Together, these factors seriously impair the region’s ability to think regionally, to plan in a way that accounts for the needs of individual neighborhoods as well as the whole metropolitan area.

The Bay Area’s particularly complex interplay of transit operators, funding sources, and governments mean its situation is probably more difficult than that of other U.S. metropolitan areas looking to invest in new transportation infrastructure. Nonetheless, the problems occurring there are certainly not unique to this area of the country; there will always be problems mediating the divide between neighborhood and region-wide interests and needs. Finding the right way to work in favor of both will not be easy, anywhere.