Is Chicago Still the Urban Development Promised Land? – Next City 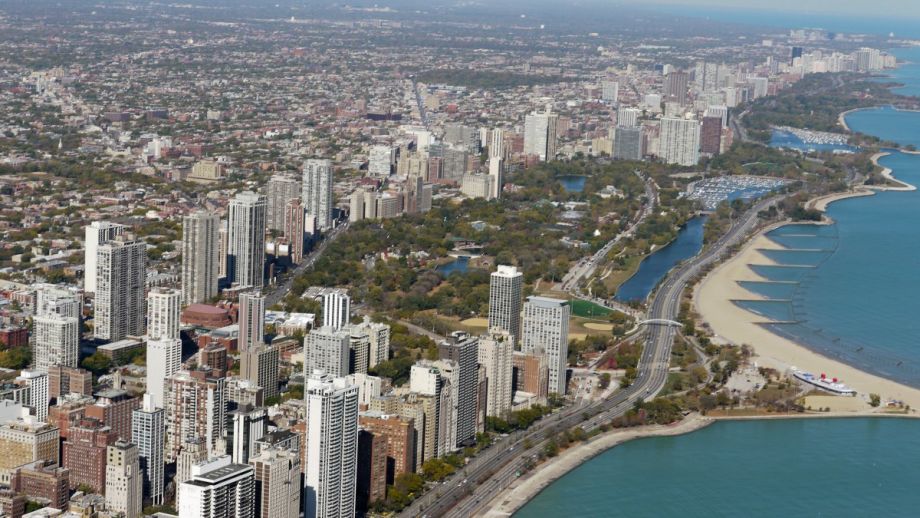 Chicago’s Lincoln Park is full of high-rise apartment buildings, but nearly all are from a bygone era.

For pro-development types, Chicago is often thought of as something of a promised land. While it may not have Houston’s complete lack of a zoning code, the Second City is known as a much easier place to build than its coastal counterparts.

It’s even Harvard professor Ed Glaeser’s go-to example of how lax development rules can keep housing prices low. “Chicago’s sea of cranes on Lake Michigan,” he wrote for the Freakonomics blog in 2011, “helps explain why average condo prices in the New York area are more than 50 percent more than condo prices in the Chicago area.”

Those who do the actual building also share this impression. Adam Hengels, who works in real estate development in New York but has Chicago roots, told Next City that when he strikes out on his own, he intends to do it in Chicago. “I don’t want to spend my career entangled in the entitlement process of the coastal cities,” Hengels said.

But for many Chicago urbanists, the city isn’t building fast enough. Daniel Kay Hertz, a master’s student at the University of Chicago, wrote a blog post on the topic that focuses on Lincoln Park, one of the city’s most affluent neighborhoods. He notes the curious fact that the area has actually lost housing units since 2000, something one might expect more from a South Side neighborhood like Englewood. It’s hard to say how many units were lost. Going by 2000 and 2012 Census numbers, it’s more than 4 percent. Yet decennial censuses are more accurate than the yearly American Community Survey, and from 2000 to 2010 the loss was more to the order of half a percentage point, Hertz wrote in an email.

Whatever the number, the fact is that Lincoln Park is not growing its housing stock. The new buildings that did go up were more than not offset by rich Chicagoans converting mansions-turned-apartments back into mansions, or combining apartments in larger buildings. And the loss is not just limited to Lincoln Park, as Hertz writes:

This is a story that’s particularly dramatic in Lincoln Park, but applies to virtually every neighborhood in the city that has become more desirable in the last decade or two. Lakeview, where rents have increased by 41% since 2000, has lost 2% of its housing units. Rents on the Lower West Side, which includes Pilsen, have gone up by 60%, while housing units have declined by 1%.

Even where there was enough construction to increase the total number of homes, the increase was tiny. In West Town — which includes Ukrainian Village and Wicker Park, and which since 2000 has gone from a kind of an up-and-coming area to one of the wealthiest parts of the city — rents are up 65%, the average home sells for just over $400,000, and the total number of housing units has increased by only 5% in twelve years. That’s an increase of less than half a percentage point per year, or significantly less than the growth of population.

In a map that Hertz made of Chicago’s housing stock change, bright blue areas of growth in and around the Loop are bordered on all sides by seas of pale red, indicating slight housing stock losses. This makes sense on the city’s South Side — no amount of upzoning will bring growth to places where existing buildings are being abandoned — but it makes no sense in tony North Side neighborhoods, most of which have seen either decline or stagnation in the number of homes. The culprit is zoning. Six-term former mayor Richard Daley and now-Mayor Rahm Emanuel are adamant about growing Chicago’s Loop and the neighborhoods around it. The city may have lost the skyscraper war to New York, but it remains the global intellectual center of super-tall skyscrapers, with buildings from Dubai to Shanghai designed in the home of the first skyscraper. Core neighborhoods remain friendly to skyscraping developers — the Census Bureau found that Chicago’s downtown was the fastest-growing in the nation in the first decade of the millennium — with the parking lots of the Near North and West sides and the South Loop serving as fertile soil for new construction.

North of North Avenue, however, construction falls off. Prices north of the Loop rose significantly between 2000 and 2012, but from the Gold Coast on up population gain was anemic at best, and often negative. In another blog post, Hertz cites the example of a downzoned parcel on the affluent Gold Coast, a neighborhood of mansions that, starting before World War II and continuing through the postwar era, saw developers capitalize on its booming housing prices to throw up high-rise apartments in the previously low-rise district.

As neighborhood opposition to the towers accelerated and North Side neighborhoods from the Gold Coast to Edgewater were downzoned in the 1970s and ’80s, the skyward race slowed down. There is now very little new construction, especially relative to demand, above the Near North Side. More than 350 high-rises taller than 12 stories were built near the lakefront in the 1950s and ’60s, while only a handful went up in the 2000s, Hertz wrote in an email. (He cited The Politics of Place: A History of Zoning in Chicago.) Mayors can insist on development in and around the Loop, but elsewhere, aldermanic privilege — the idea that aldermen defer to each other on development in their individual wards — usually rules.

What North Side development the zoning code does allow isn’t always permitted for long. Hertz reprinted an email from Michele Smith, alderman for the Gold Coast and Lincoln Park, in which she boasts about having downzoned a parcel near the lake — from which all housing desirability in Chicago emanates — limiting any redevelopment to 47 feet. While downzonings are often justified on the basis of preserving neighborhood context, this zoning change was definitely not in keeping with the existing built environment: There’s a massive postwar tower just across the street, and a seven-story pre-war building right next door that looks like it exceeds the targeted parcel’s new height limit by about 20 feet.

Aldermen seem increasingly willing to buck the old pro-development Daley machine, which would sprinkle money around to reelect aldermen who toed the line on issues the mayor cared about. In 2011, Smith won her North Side ward seat — one that has traditionally been among the most independent of the mayor — in part because of voters’ frustration with development in the area. Even in the 2nd Ward, home to the high-rise South Loop neighborhood, voters have rebelled against the pro-growth machine.

Blame for Chicago’s anemic housing stock growth rate — just 3.6 percent between 2000 and 2010 — can’t all be laid at the feet of anti-development rules, given that a lot of growth was likely cancelled out by abandonment and demolitions on the declining South Side. But while touting the city’s hospitality toward cranes in and around the Loop, it’s important not to forget the mid-rises and infill housing that aren’t going up in some of the most desirable, more established neighborhoods.