Ireland Makes a ‘Dublin Underground’ a Top Priority – Next City 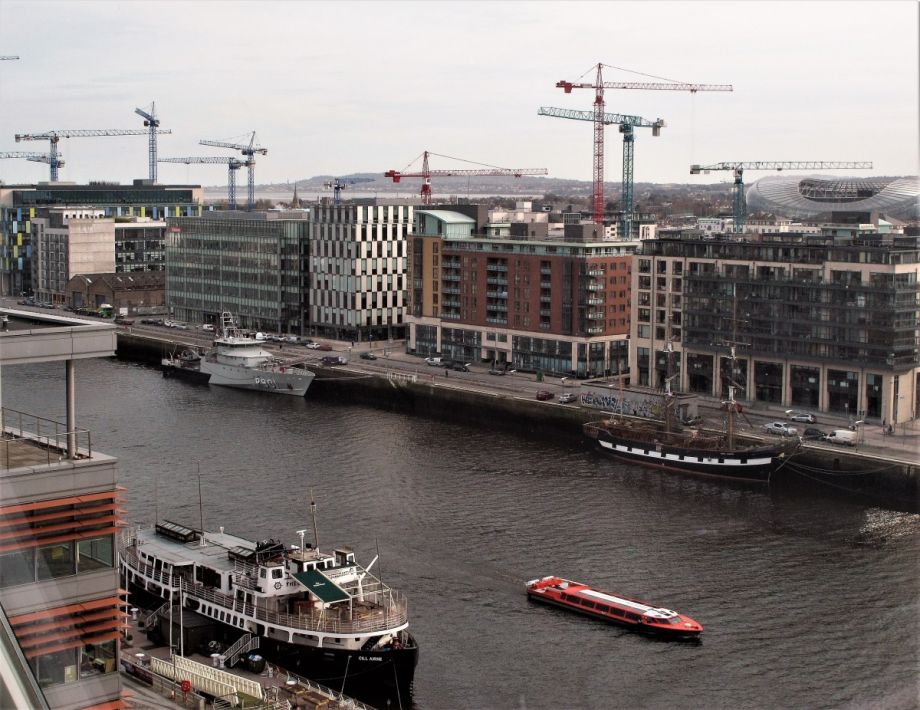 Railway Gazette reports that Ireland’s National Transport Authority plans to spend a large sum of money on improving and adding rail transport capacity in and around the national capital of Dublin in its six-year implementation plan from now through 2024.

At the top of the list of projects the NTA plans to work on: The start of construction on MetroLink, a 26-km (16.2-mile) north-south line that will run mostly under Dublin on its way from Swords to Sandyford via Dublin Airport and central Dublin. The line will cost roughly €3 billion (US$3.4 billion) to build. Work is slated to begin in 2021, and the plan calls for service to begin in 2029.

The other top priorities in the NTA’s six-year Integrated Implementation Plan are renewal of the DART suburban railcar fleet and further light rail investment. The NTA’s plan calls for the purchase of 480 new railcars to replace existing DART equipment and add new capacity. 200 of these would be EMUs while the other 280 would have the ability to run under electric catenary and off-wire through diesel-battery power in order to extend service into non-electrified territory ahead of electrification. The Luas light rail network will also get a capacity boost through the purchase of longer tramcars than those now operating and lengthening the current 40-meter-long (131.2-foot-long) trams to 56 meters (183.7 feet).

In all, the plan commits €1.773 billion (US$2.01 billion) towards light rail, metro and regional rail spending over the next six years.

The NTA says the investments are necessary to cope with surging demand for transport thanks to the healthy Irish economy. Passenger traffic on rail lines in the Dublin region has rebounded after falling 30 percent during the Great Recession. The NTA’s ultimate goal is to create an integrated, high-capacity bus, metro, light and regional rail network for the Dublin region.

Trams returned to the streets of Newcastle in New South Wales for the first time since 1950 when service began on the city’s new light rail line at 5:05 a.m. on Monday, Feb. 18, Metro Report International reports.

The 2.7-km (1.7-mile) route makes six stops between Pacific Park in the east and Wickham in the west. It replaces the outer end of the Sydney-Newcastle main line railroad, service on which ended at the end of 2014.

The 33-meter-long (108.3-foot-long) CAF Urbos low-floor LRVs can carry 270 passengers and are equipped with surfboard racks. They have both pantographs for drawing power from overhead wires and onboard energy storage for wire-free operation, with charging taking place at stops.

Downer EDI, which built the line, is running it in partnership with Keolis. The two companies have a 10-year contract to operate bus, light rail and ferry service in Newcastle that took effect in 2017. The consortium aims to fashion an integrated intermodal passenger transport network for the city, using the light rail line as its backbone.

With the controversy around the California High-Speed Rail project, American advocates of 21st-century passenger rail service must now look to Texas, where a private company, Texas Central, has embarked on a project to connect the state’s two largest metropolitan regions, Dallas-Fort Worth and Houston, with a high-speed rail line that would cut surface travel time between the two to 90 minutes, with an intermediate stop in the Brazos Valley.

That project has now advanced from the it’s-a-nice-idea stage to the let’s-build-this stage with Texas Central’s selection of two companies to serve as financial advisors for its effort to raise the capital needed to build the line. Mass Transit reports that Texas Central has selected Citi and MFUG as the advisors for its capital campaign. Citi will serve as the lead financial advisor and global coordinator for the effort, with MFUG serving as the co-global financial advisor. The firms are charged with lining up the debt and equity financing needed to construct the line.

News reports in the Texas business press have pegged the construction cost at anywhere from $15 billion - Texas Central’s estimate - to $20 billion or more. Both the Reason Foundation, a libertarian think tank, and SNCF, which has also sought to build a high-speed rail line in Texas, have questioned whether Texas Central can build the line without public subsidy, a feat Texas Central says is possible.