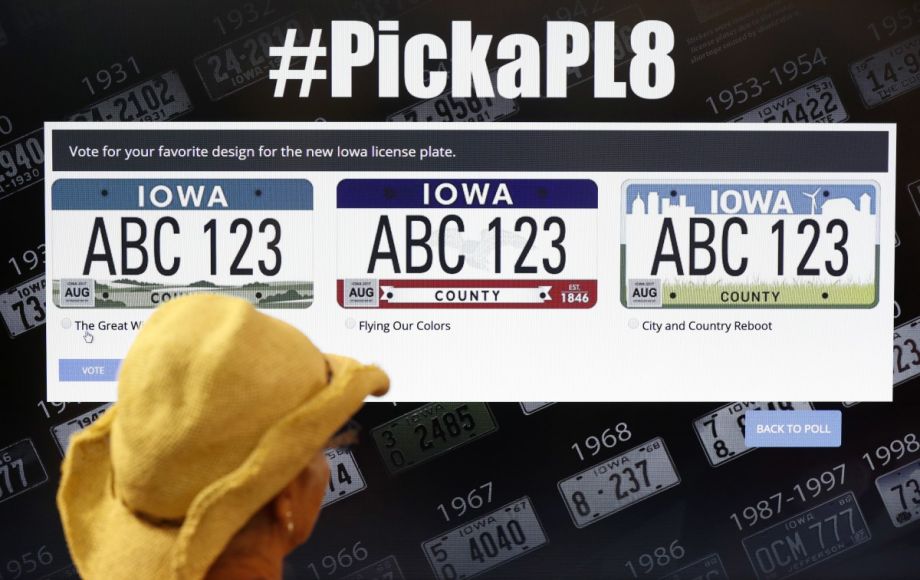 Iowa is decidedly less urban than the country as a whole, but a new license plate celebrates the state’s cities, and may be evidence of shifting public opinion toward urban centers and all that they represent.

The new license plate will feature a design that builds on Iowa’s last license plate, rolled out in 1997. The so-called “town and country” theme showed a pastoral farm landscape complete with silos and a barn in the foreground, with the white outline of a distant city behind it.

The new design, which has been christened “city and country” instead, shows two outlines taking up equal space near the top of the plate — a barn and sleek new (perhaps energy-generating) windmill and a dense cluster of skyscrapers.

Residents voted on the license plate theme in an online poll held in conjunction with the county fair, the Des Moines Register reports. “City and Country Reboot” received 113,299 votes. “Flying Our Colors,” a theme showing the American flag and an eagle, came in second and “The Great Wide Open,” which showed only green, rolling plains, came in third.

Reaction to the new design has been mixed, and some have taken to social media to lambast the graphics. Others have pointed out that Iowans were given the chance at red, white and blue — and shied away.

The best thing about the eclipse? For 2 minutes we won’t be able to see the new Iowa license plate designs.

The new urban skyline and tweak from “town” to “city” may not mean much, but in a state where the urban-rural divide (and its political and cultural implications) is on such stark display, it’s hard not to read at least a little something into it.